Enforce the Law and Educate the Culture 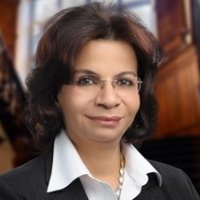 For women in the Middle East to realize the entire range of human rights and opportunities, gender-based laws must be strengthened and enforced.

There is no doubt that laws and mindsets are mutually inclusive as advancing women’s rights is a multifaceted issue. It’s an approach based upon all-encompassing laws, political participation, activism, socioeconomics, cultural norms and education. Women around the world still struggle for inclusiveness and equality. However, for women in the Middle East, while all the issues apply, singularly each affects women with varying degrees.

Women suffer in every corner of the globe and in first-world countries as well as third. The legal framework in many countries is not set up to protect women well. The statistics of domestic violence against women reported recently by UN (Progress of the World's Women 2019-2020) states that worldwide 30% of women have experienced physical and/or sexual violence over their lifetime.

For women in the Middle East to realize the entire range of human rights and opportunities, gender-based laws must be strengthened and enforced.  In many Arab states, there are either no laws or existing laws are not uniformly applied, thus women continue to suffer from domestic violence, honor killings, FGM (Female Genital Mutilation), and rape as perpetrators of such acts are not criminalized or receive minimal punishment.

I am optimistic as I see countries like Egypt embark on a National Strategy for the Empowerment of Women 2030 and remain hopeful that schools, universities and cultural institutions continue changing mindsets. Attitudes on women rights must be taught and incorporated in every curriculum and program. I am further optimistic as I see the increasing level of education among women, and women in new leadership positions, positions where in the recent past women were not allowed.

I hope that in my lifetime, I will see a woman return as the leader of an Arab nation; where, amazingly enough, that glass ceiling was only shattered in times of antiquity.