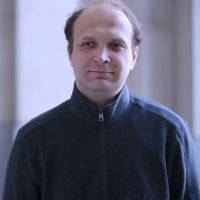 On the first day of 2020, the Eurasian Economic Union (EEU), an economic union comprising Russia, Armenia, Belarus, Kazakhstan, and Kyrgyzstan, entered its sixth year. Though half a decade is not long enough to accomplish the Herculean task of integrating five economies, the almost pervasive disappointment with the EEU makes the effort look increasingly Sisyphean. The anniversary of its founding offers an opportunity to review EEU’s history, performance, and prospects.

The EEU evolved out of a number of failed attempts at integrating the economies of post-Soviet countries. In the mid-2000s, after Moscow’s design of a joint economic space with Belarus, Kazakhstan, and Ukraine was foiled by the Orange Revolution, Russia focused on consolidating a narrower economic union with Belarus and Kazakhstan. From 2007 to 2010, multiple agreements aimed at launching the customs union were signed by Russia, Belarus, and Kazakhstan. The customs controls on the borders between Russia and Belarus and between Russia and Kazakhstan were lifted on July 1, 2011, a development hailed by Moscow as “the most important geopolitical and integration event … after the breakup of the Soviet Union.”

In December 2009 the presidents of the three countries signed a statement of intent to move to a higher stage of integration, the Common Economic Space (CES). The statement specified a common market for goods, capital, and labor; coordinated tax, monetary, fiscal, and trade policies; and unified energy, transport, and IT networks. In 2012 the CES was inaugurated and the Eurasian Economic Commission, its supranational executive body, started operating.

The CES had not yet come into existence when another chapter of integration began to unfold. With the launch of Putin’s campaign for a third presidential term in the fall of 2011, a series of far-reaching initiatives was unveiled. Among them was the deepening of integration within the customs union, which was to be rebranded the Eurasian Union, a project outlined in a newspaper article published under Putin’s byline in October 2011. The EEU Treaty was signed in May 2014 and entered into force in 2015.

In many respects, the EEU’s normative framework marks a departure from previous attempts at post-Soviet economic integration. It is unusually coherent, with principles and norms elaborated and duly underpinned by specific rules and decision-making procedures. The foundation of the whole edifice is the liberal economic ideology. Indeed, the text of Putin’s newspaper article on Eurasian integration might make a reader believe that it was written by a paragon of liberalism. Citizens were promised “a free choice about where to live, study or work,” while businesses were promised “all the advantages of a domestic producer” in the union’s countries and member states were promised a “partnership” with the EU and eventual integration into a “Greater Europe united by shared values of freedom, democracy, and market laws.”

The EEU’s main objective is to ensure the free movement of goods, services, capital, and labor and the functioning of the customs union. When the EEU’s normative framework was negotiated, the common understanding was that the organization would focus on economic matters and be as apolitical as possible. Kazakhstan was particularly intent on prioritizing the economic aspect and blocked Russian suggestions to endow the EEU with competencies in foreign policy coordination, border defense, visa policies, health care, education, and culture.

The normative framework of the customs union and the СES (rebranded as the EEU, with little substantive change) was negotiated in 2009–2012, in a relatively benign international political and economic context. Spurred by high oil prices, the Russian and Kazakh economies were growing, with spillover benefits for Belarus, a country closely linked to the Russian market. A quite different international setting and economic situation accompanied the transition from the СES to the EEU and the union’s first five years of operation.

The crisis over Ukraine became the EEU’s birth trauma. When Russia responded to Western sanctions levied against it for annexing Crimea and invading the Donbas with a ban on agricultural imports from the EU and stopped free trade with Ukraine, the other EEU members did not follow suit. Kazakhstan openly questioned Moscow’s assertions that the EU-Ukraine Association Agreement was detrimental to the EEU countries’ economic interests, and Belarus engaged in reexporting sanctioned goods of Ukrainian origin to Russia. In a clear departure from EEU norms, Russia deployed “mobile customs units” near the borders with Belarus and Kazakhstan to preclude the illegal imports of sanctioned products.

Russia’s foreign policy turn of 2014 and the change in its international standing undermined the EEU’s fundamental principle of free trade. With Moscow’s new “selective” implementation of the union’s basic principles, its normative framework became much more difficult to sustain. As tensions with the United States and the EU mounted, Russia moved to “securitize” the EEU, increasingly seeing it as primarily a zone of political influence. Armenia was compelled to abandon its long-pursued objective of concluding an Association Agreement with the EU and to join the EEU. Kyrgyzstan, unprepared for membership in the EU and deemed to be years from accession, was hastily recruited into the EEU in 2015.

Unsurprisingly, in 2014–2019 the EEU saw a regression in the free movement of goods among the member countries as compared to 2011–2013. Unable to use tariffs and quotas against each other, the EEU countries resorted to wide-scale exploitation of sanitary and veterinary controls and administrative barriers to advance their individual political and economic interests. The long-promised establishment of a joint body of sanitary and veterinary control remains a distant and unclear goal. Single markets for oil, gas, and electricity are planned for 2025, yet no decisions have been made as to how these markets might function.

The EEU has made some progress in the trade in services. Forty-three service sectors were liberalized in January 2015 and an additional nine sectors, including advertising, tourism, and research, were approved for liberalization in May 2018. The liberalization of financial services has been delayed to 2025. Education has become one of the contested areas, as Russia has sought to expand integration to this area, claiming it is a service linked to the common market of labor, while Kazakhstan has staunchly objected to the idea and Belarus has shown little enthusiasm.

The EEU has made a contribution to facilitating the movement of labor. The window for registering labor migrants at a new place of residence was extended and the number of documents required was reduced. Uniform rules governing migrants’ access to health care and preschool education were introduced, and an agreement on labor migrants’ pension rights was signed in December 2019.

Although the EEU does provide some tangible benefits for citizens and businesses, it edges ever closer to becoming an unfulfilled ambition as the mismatch between the member states’ expectations and reality grows and the union’s normative framework is diluted.

So far, Russia has persisted in trying to move the EEU project forward. However, it is increasingly inclined to use sticks rather than carrots in relations with its partners, a development that decreases the likelihood of the EEU’s collapse but makes the deepening of integration more problematic. Unless the EEU’s “birth trauma” is addressed and resolution of the crises in EU-Russian and U.S.-Russian relations begins, the EEU seems doomed to inertia and stagnation.