Forgotten Parties to the INF

After the collapse of the USSR in 1991, Soviet obligations under the INF were passed on to its 12 recognized legal successors. Mariana Budjeryn and Ambassador Steven Steiner revisit the forgotten parties to the INF.

On February 2, 2019, US Secretary of State Mike Pompeo announced the United States’ decision to withdraw from the Intermediate Nuclear Forces (INF) Treaty, citing the Russian Federation’s material breach of the Treaty as justification for the decision.

According to Article XV of the Treaty, the United States will suspend its obligations under the Treaty 60 days after providing notice, unless in this time, Russia agrees to come in compliance.

The chances of that happening are essentially zero, given that Russia has already deployed a number of the INF-banned cruise missiles to bases on its European territory. For all intents and purposes, the INF Treaty is no more.

In its living glory, as in its death throes, the INF was seen as a bilateral arms control treaty between Washington and Moscow. It is not.

The Treaty was indeed signed by the United States and the USSR on December 8, 1987, and banned all ground-launched ballistic and cruise missiles with the range of 500 to 5,000 km. By 1991, some 2,700 missiles were destroyed, under a rigorous on-site inspections and verification regime, the first of its kind in the history of US-Soviet arms control. After the collapse of the USSR in 1991, Soviet obligations under the INF were passed on to its twelve recognized legal successors.

Ambassador Steven Steiner served from 1988 to 2002 as the head of the US delegation to the Special Verification Committee (SVC), charged with negotiating the particulars of Treaty implementation. The following are excerpts of an interview with the author in which he shared his recollections of how the Soviet collapse affected the INF Treaty:

“The twelve successor states to the Soviet Union were legally successor states in the UN and under international law. That excluded the Baltic [states] because their incorporation [into the USSR] was never recognized internationally. The twelve were successor states under the INF Treaty and under the ban. And we communicated with all of them to say, you are under the ban of the INF treaty and we said that we would watch and we would come down on you if you violate the INF Treaty; you are covered by it, but we are not going to try to inspect six of you because you had no INF assets on your territory.”[1]

The six that had had INF assets on their territory were Russia, Ukraine, Belarus, Kazakhstan, Uzbekistan, and Turkmenistan. Steiner recalled that:

“Belarus was actually very helpful in all that, coordinating among the 12 states because it was then under a democratic leader [Stanislav] Shushkevich… They invited all the successor states to a meeting in 1992, at the CIS headquarters in Minsk and invited us to come talk to them about the INF Treaty, it was an INF meeting. And that’s where we let them all know about how we were handling it, that they are subject to the ban…”

Although all INF-accountable missiles were destroyed, nine more years were still left under the INF inspections regime. The United States was keen to carry out its on-site inspection rights to the fullest, not least in view of START, the strategic arms reduction treaty signed by the United States and the USSR on July 31, 1991, to slash superpower strategic nuclear arsenals by 40-percent. START copied verbatim INF’s on-site inspection and verification language, and so the thoroughness of INF verification regime would serve as a precedent for START.

As for some of the other territories with INF assets, Steiner stated in our interview that:

“Uzbekistan and Turkmenistan, two of the Central Asian states, each had an INF site. We sent them special messages. We said, as long as those assets are closed down, we won’t try to come and inspect you but you have to obey the ban of the Treaty. We have no intention of coming to inspect you and we ask you to state that you have no intention to inspect us – because they would have a right as a successor state – so they had to say, we don’t want to inspect the United States, and so we let them off the inspection hook…

But we came down hard, in a friendly way, on Russia, Ukraine, Belarus, and Kazakhstan because they had lots of assets under the INF but even more under START. The START Treaty was still unratified… But we absolutely did not want to create any bad habits for those four, make them think they could get off easy. So we absolutely insisted on scrupulously carrying out all of our INF inspection rights on the territory of those four.”

The INF was the first and, to this day, the only arms control treaty to eliminate an entire class of nuclear-armed missiles. The rigorous inspections and verifications regime stemmed in large part from the distrust between the two nuclear superpowers, still in the throes of the Cold War. Steiner recalled that:

“I was on the NSC staff then with Will [Tobey] and others. I was asked to coordinate all the statements and answers that we were writing, speeches for our Cabinet principles and answers to questions from Senators. There were over 1200 questions about the INF Treaty mostly about the inspection regime, a lot of them from [Republican Senator from North Carolina] Jessie Helms and a lot of them about how you are going to prevent the Soviet Union from hiding SS-20s, and all the rest. We had a tremendous job there, I was coordinating for the interagency on behalf of the NSC, working closely with Senator Howard Baker, then White House Chief of Staff.

When you got to the START Treaty it wasn’t 1200 questions on verification, it wasn’t 1200 questions, it was far fewer, and they were basically political, because the Soviet Union had fallen apart in the meantime after the Treaty was signed. The Administration was asked by Senators, who are you going to implement this Treaty with? And how?”

START would be multilateralized on the former Soviet side between Belarus, Kazakhstan, Russia and Ukraine via the Lisbon Protocol signed on May 23, 1992. The non-Russian successors, however, would undertake not only to reduce START-accountable arms on their territories, as the letter of the Treaty demanded, but to disarm completely and join the Treaty on Nonproliferation of Nuclear Weapons (NPT) as non-nuclear-weapon states. Inspection and verification protocols developed during INF implementation would also serve as a basis for START protocols, following their ratification by the successor states.

On the Soviet side, six types of ballistic and cruise missiles fell under the INF ban, the most famous of which were the SS-20 Pioneers, deployed to East Germany and Czechoslovakia, as well to many sites in the European part of the Soviet Union, including in present-day Ukraine and Belarus. Six-hundred-fifty-four SS-20 missiles were destroyed under the INF, many by blowing them up in launch. Ambassador Steiner was present at the destruction of the last two SS-20s at the Kapustin Yar missile range in southern Russia. He remembered that:

“It was at Kapustin Yar, way out on the steppes in the summer of 1991. That was quite a show in itself. …They had these two big missiles there to be blown up and they had declared 654 of them. So one of the missiles is painted 653 and the other 654. So you could ask, so, you dumb Americans, what happened to the other 652?! But actually, there was a very good inspection protocol and our inspectors had witnessed the elimination of all 652 prior to that, just like the whole bunch of us did with these last two. And then I remember, Izvestiia and Pravda had the big headlines next day, “Two blasts that changed the world!”, “Two explosions that made history!” It was a very positive atmosphere.

We were way out on the steppes for the explosion of the two missiles away from the barracks and there was to be a dinner at the barracks that night celebrating the event. We were coming back in this Soviet military bus and the bus had a hole at the bottom. It was very dusty out on the steppe. All kinds of dust was coming into the bus and everybody started to choke and gag. We had about 6-7 Russian generals with their stripes, their dress uniforms, and one American general, the head of our inspection agency. I was sitting next to my Soviet counterpart, an older gentleman, and he was really starting to get upset, I think he was starting to say something to the driver that this couldn’t go on any longer, because he was starting to choke up. They stopped the bus, a soldier came up in a little van. The bus driver told him what was happening and said, we have to get all the passengers out of here. The soldier said, yes, I’ll go get as big a vehicle as I can. And he said, should we take our generals first or the Americans? And someone gave the order to get the Americans out of here!!! And the generals had to wait because they didn’t have a big bus and eventually took a bunch of mini-buses. So they evacuated the Americans and left their generals sitting there in the dust!

A bus with a hole in the bottom chugging through an unpaved road was an apt metaphor for the country where all the best human, financial, and natural resources were channeled toward the military-industrial complex to sustain an arms race with the United States, leaving civilian needs and infrastructure in rudimentary state, a predicament that contributed in no small measure to the ultimate collapse of the USSR.

At the time of its signature, the INF Treaty broke unchartered waters. Ironing out the implementation details proved challenging. Ambassador Steiner recalled that one of his colleagues would quip that INF stands for “It’s Never Finished.” In 2019, it seems that the INF is finally finished.

Recognizing that the INF Treaty has more than two parties can help us to better assess the reverberations of the Treaty’s collapse. Of all the non-Russian successors, only Ukraine has the capacity to build INF-range missiles. With Russia’s invasion in 2014, Ukraine’s capacity was augmented by motive. Now with international legal constraints gone, Ukraine is free, if it wishes, to embark on an intermediate-range ballistic missile program. The implications for European and global security would be significant. 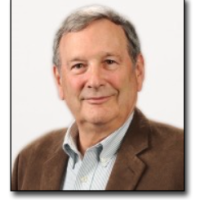