Four Visits and a Funeral 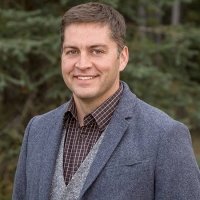 When Nehru visited the USSR in 1955, he was feted with roses. Personal visits like this cemented India’s relations with the Soviet Union.

When Nehru visited the USSR in 1955, he was feted with roses. Personal visits like this cemented India’s relations with the Soviet Union“Now we say loudly: Indo-Soviet friendship zindabad; world peace zindabad.”

The history of India’s relations with the Soviet Union is often written as a history of crises.

Between the Hungarian Revolution of 1956 and the Soviet occupation of Afghanistan in 1979, there was the Prague Spring of 1968. In a recently published CWIHP Working Paper, I discussed India’s responses to this seminal Cold War event. In looking at those responses, I emphasized the evolution of the Communist Party of India’s ideological and political positions. Indeed, as the paper claims, analyses of the Indo-Soviet relationship often ignore the vital influence of the Communist Party of India.

Yet one could similarly bemoan the lack of rigorous historical work on state-to-state relations between the two countries.

Attempting to fill this gap, I have looked extensively for materials on Indo-Soviet relations at the National Archives of India in New Delhi, the Nehru Memorial Museum and Library (also in New Delhi), and in the departmental libraries of the University of Calcutta, Kolkatta. I have also consulted official publications put out by the Indian Ministry of External Affairs.

Reading the correspondence between New Delhi and Moscow, particularly for the period between the 1940s and the 1960s, it is clear that relationships forged between individuals were crucial to the development of the broader bilateral relationship. Face-to-face contacts enabled the Soviet Union’s recognition of Indian independence from British rule, as well as its recognition of India as a force to be reckoned with in international affairs.

Before Hungary ’56, Czechoslovakia ’68 and Afghanistan ’79, came four visits to Moscow by Indian officials that changed the landscape of Indo-Soviet relations. The first three were made by India’s ambassadors in the USSR.

Immediately after India became independent on August 15, 1947, Nehru sent his own sister, Vijaya Lakshmi Pandit to Moscow—a symbol of New Delhi’s appreciation of the USSR. For unknown reasons, however, Stalin refused to grant her an audience. But he met twice with Pandit’s successor, the philosopher-statesman Sarvepalli Radhakrishnan, on January 15, 1950, and again on April 5, 1952.

The first interview served as an introduction between both men. It was reported that Stalin “smoked cigarettes continuously and laughed occasionally.” The Indian Embassy in Moscow also emphasized in its report to New Delhi that the interview took place in a “pleasant and relaxed atmosphere,” with a palpable sense of relief and pride.

During the second session, Radhakrishnan shared with Stalin his anxiety that “the good relations and friendship” built up by Indians in Moscow “should not be spoilt by Soviet representatives in India saying things which offend [India’s] national dignity.” Stalin responded by ordering the offending representatives to return to Moscow. He then found an opportunity to quiz Radhakrishnan about India’s position in the Commonwealth, the effect of that relationship on its defense preparedness and on the building of the Indian navy. The conversation showed that a remarkable amount of progress had been made in the space of two years.

Soon after, KPS Menon, previously India’s first Foreign Secretary, replaced Radhakrishnan as the ambassador in Moscow. Stalin met him on February 18, 1953, almost as soon as Menon had arrived in Moscow and less than a month before Stalin passed away.

Menon continued with the tone and temper set by his predecessor and proved to be a rather enthusiastic voice for improved relations between the two countries. In his reports back to New Delhi, he compared Stalin to Voltaire, although conceding that the former was rather “bucolic” (Voltaire certainly was not) and best described as a “mixture of a peasant and a wild cat.”

Although these meetings might seem like minor events in hindsight, they showed that the tide was turning in India’s favor.

The post-Stalin thaw led to mutual state visits between Nehru and Khrushchev and Bulganin. When Nehru visited the Soviet Union in 1955, he received a boisterous welcome, most of all in Crimea, where so many bouquets of flowers were hurled at him that the Soviets had to dive to his assistance. Vasily Kuznetsov, the Soviet Deputy Foreign Minister, who bled from his fingers in trying to shield Nehru from the roses, said quite dramatically that he had shed some blood in the cause of Indo-Soviet friendship.

Thus began the crescendo of relations between India and the Soviet Union, cemented by the relationships between Jawaharlal Nehru and Nikita Khrushchev and, subsequently, between Indira Gandhi and Leonid Brezhnev, that led to India’s response to the Prague Spring of 1968.