In the past eight years the Obama Administration implemented a broad policy agenda that reflected his commitment to “restore science to its rightful place” and “[reinvigorate] the American scientific enterprise through a strong commitment to basic and applied research, innovation, and education; to restoring integrity to science policy; and most importantly, to making decisions on the basis of evidence, rather than ideology”. For a more detailed summary of his legacy on science see our previous work at the Wilson Center Commons Lab.

Looking to the future OSTP identified twenty major science and technology frontiers, grouped into five categories, which are important to encouraging U.S. science, health, and industry. Those are:

OSTP offers ten actions that are needed in the coming years to foster innovation in science and technology and to enhance prosperity for all Americans. We summarize some of these actions below and how the Science and Technology Innovation Program at the Wilson Center is facilitating the continuation of them.

Investing in fundamental (basic) research that drives new technology and innovation in the medium and long term. The American Innovation and Competitiveness Act, passed by Congress in December 2016 and signed into law this January, is a great example. It revises and supports the legal infrastructure and funding to ensure that the American scientific enterprise remains competitive with the rest of the world. These congressional initiatives should work in tandem with the private sector, which usually does not have sufficient incentive or guarantee to invest in high-risk and long-term fundamental research.

Identifying and pursuing Grand Challenges that harness S&T and have the potential to capture the public’s imagination. Tackling important issues related to life in America, such as health, education, energy, and economic development, requires the commitment and collaboration of all stakeholders including the Federal government, companies, foundations and philanthropists, research universities, and the public. Capturing the imagination of the public are the Grand Challenges such as the BRAIN Initiative and NASA’s Asteroid Grand Challenge, but there are also initiatives like Challenge.gov, which seek to increase innovation in federal agencies through challenges and prize competitions open to the public and offering cash rewards.

Improving diversity, equity, and inclusion, and mitigating the impacts of bias to preserve the diversity of the U.S. workforce and the ideas that it generates. The participation of women and underrepresented racial and ethnic minorities in the STEM workforce has been a concern for policymakers interested in developing diverse human capital for science and technology progress. According to the Science & Engineering Indicators 2016 Report published by the National Science Board, in 2013 women constituted only 29% of the workers in science and engineering occupations; in engineering, women constituted only 15% of the workforce. Among the 5.7 million workers in the science and engineering occupations, 69.9% were white, followed by Asians (17.4%), Hispanics (6.1%) and Blacks (4.8%). The Federal government needs to ensure that citizens of all backgrounds are well represented in the STEM workforce. That includes the education pipeline and it ensures the progress in science and technology is shared equitably across citizens of all backgrounds.

Supporting entrepreneurship by encouraging early-stage entrepreneurs from all backgrounds. Young companies in the U.S. are important engines of job growth, yet entrepreneurs and small businesses often face barriers such as limited funding, mentorship, corporate support, and unfamiliarity with regulatory landscapes. The Citizen Health Innovators Project, a new project within the Wilson Center’s Science and Technology Innovation Program, is a research initiative that studies patient-led research in developing low-cost health solutions. The aim is to provide support the fast-growing ecosystem of health innovators to develop a culture of responsibility that reflects the community pluralism.

Maximizing economic and social return from Federal Government data. This is achieved by publishing more data for public access and requiring a return from the results of Federally-funded R&D. Making information readily available to the research community, firms, and the public facilitates innovation and the transfer of research results. The beneficiaries of this are the American public and the broader research community. One specific example is the February 2013 OSTP Memorandum on Increasing Access to the Results of Federally Funded Scientific Research, which directs federal agencies to develop plans to provide the resulting research to the public. These federally funded reports should be available to the public within one year of publication. By January 2017, 22 Federal departments and agencies, accounting for more than 99 percent of U.S. Federal R&D expenditures, have released public access plans (see listings of all plans).

Increasing Federal agency capacity for innovation, by pioneering new cost-effective approaches. A successful example of this capacity building is the Innovation Toolkit (such as the Federal Crowdsourcing and Citizen Science Toolkit) co-developed by OSTP and federal agencies; it is a framework for applying approaches piloted by other sectors. The adoption of approaches such as citizen science and crowdsourcing, Grand Challenges, and open challenges and prizes, can help agencies develop policies and deliver results at less cost for the American people.

Continuing international science, technology, and innovation cooperation and engagement among the United States and its international partners. Cooperation and engagement with scientists and engineers from other countries is crucial for U.S. global science and technology leadership. The ties and information exchanged in education, science, and technology between the U.S. and other countries creates opportunities for discovery and mutual benefit. For example, the U.S. State Department hosted the 11th U.S.-China Young Scientist Forum (YSF) this January. This trip brought nine Chinese early-career scientists to the U.S. to meet with their U.S. counterparts. This exchange of ideas was focused on how citizen science could support environmental research in areas like air, water and soil. The Science and Technology Program hosted these Young Scientists from China in Collaboration with the China Environment Forum and introduced them to the variety of organizations that support environmental citizen science, including the U.S. Environmental Protection Agency and Public Labs.

The STIP program at the Wilson Center plays a vital role in many of these frontiers and proposed actions. For instance, our ongoing research in citizen science and other forms of open innovation contributes directly to both the local frontiers addressing social and environmental challenges, to the global frontiers in combating climate change. We have partnered with federal agencies such as the General Services Administration to launch the cartographic catalog of federally supported citizen science and crowdsourcing projects that is part of citizenscience.gov. We have also conducted extensive research into the legal, administrative, and intellectual property concerns for conducting citizen science projects. Most recently, we hosted an event last November introducing strategic recommendations for advancing U.S. Federal policies, programs, and partnerships on citizen science and crowdsourcing.

Additionally, our research in the governance of emerging technologies, such as cutting-edge personal genomics,  DIY-Health, human genome editing and artificial intelligence, directly contributes to the personal frontiers of healthcare, and the national frontiers of potential benefits and risks of these technologies. Moreover, our research also contributes to the call for action supporting innovation through improved U.S. entrepreneurial networks and resources. For example, one workshop held in 2015 was “Innovation Ecosystems in Genomics and Biology” that convened experts in biology and genomics. Together they examined how to develop health innovation ecosystems, which included both traditional commercial innovation and nontraditional socially-driven innovation.

STIP supports a number of international collaborative initiatives, such as BILAT 4.0. It is a European Commission-funded Coordination and Support Action to advance transatlantic cooperation in Science and Technology Innovation, which serves to strengthen the international engagement of the U.S. with its partners in S&T research. The STIP programs has also been awarded a half million Euro grant from the European Commission – SYNENERGENE – to promote responsible research and innovation in genomics and synthetic biology.

The STIP program at the Wilson Center continues to encourage science and technology innovation by advertising and encouraging shared interests among the public, government, academia, industry. 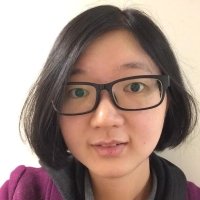 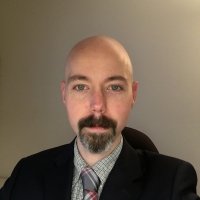 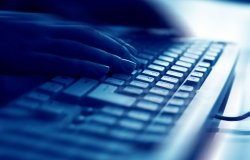 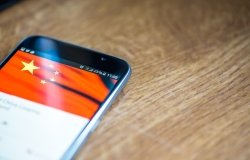 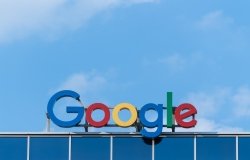 Article
Science and Technology Policy
The Potential for a U.S.-Canadian Spacefaring Partnership: Canada’s Role in The U.S. Return to Space Leadership
By Christopher Sands on February 7, 2019 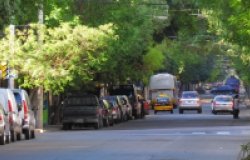 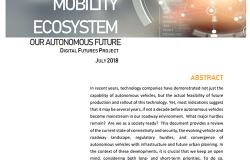 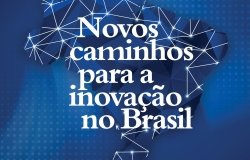