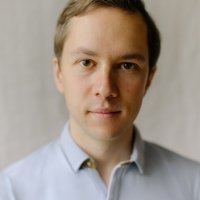 On July 8, 2022, a Moscow court handed down its first prison sentence to an antiwar dissenter. It jailed Alexei Gorinov, a Moscow municipal councilor, for an astonishing seven years for speaking out against Russia’s invasion of Ukraine at a local council meeting.

A demonstrably harsh verdict under Russia’s new laws against antiwar speech, it is part of the Kremlin’s crackdown on domestic dissent and sets a benchmark for other cases in line. In contrast to Russia’s quite modest military advances in Ukraine, here, on the domestic “second front,” the government has fared much better. The Gorinov judgment also marks a grim milestone for human rights in Russia, bringing back some of the country’s worst Soviet-era persecution practices.

Gorinov made his comments at the Krasnoselskiy District Council meeting in Moscow on March 15. A district executive office asked the council to approve a local leisure and festivities program for the second quarter of 2022. As a rapporteur on that agenda item, Gorinov said it would be inappropriate to hold any such events while Russia was waging the “war” and “committing aggression” against Ukraine. “What kind of children's drawing contest for Children's Day or dancing events for Victory Day can we talk about when we have children dying every day?,” he asks in a recording of the meeting posted on YouTube, referring also to the then-current United Nations-quoted death toll of about 100 children.

Gorinov was prosecuted and convicted under the new Article 207.3 of the Criminal Code, swiftly passed by Russia’s federal parliament eight days into the war. It outlaws “dissemination of knowingly false information about Russia’s armed forces.” In a ruling that is essentially a replica of the indictment, the court found that Gorinov’s statements were false because they deviated from the official reports of Russia’s Defense Ministry. The court also considered it incriminating that his comments were a “critical assessment of the actions of Russia’s armed forces in the territory of Ukraine.”

Moreover, the court found Gorinov guilty of an aggravated form of crime, committed “in an official capacity” and “out of political hatred.” The court did not address the defense’s argument that as an elected representative, Gorinov had immunity with respect to statements made at an official meeting. As for “political hatred,” the court found that Gorinov shared a “scornful, unfriendly, hostile attitude toward Russia’s executive and legislative authorities.”

Article 207.3 and its application in the Gorinov case represent a dramatic shift in the Russian state’s treatment of dissent. Over the past years, the government has targeted critics using laws that at least on their face appeared content-neutral. For instance, that has been the case with infamous Article 212.1 of the Criminal Code used to prosecute peaceful protesters for alleged repeat time, place, or manner violations of assembly laws (the so-called “Dadin article,” named after a civil activist, Ildar Dadin, who was sentenced to three years in jail).

A “hooliganism,” namely, breach of peace, charge against the Pussy Riot band for their 2012 “Punk Prayer” is also a case in point. In those cases where prosecution for speech was content-based, the authorities have always tried to portray the statements as calls for violence. Now, however, a mere “critical assessment” of the government’s viewpoint is enough for a criminal charge, an “unfriendly attitude” toward the authorities being an additional incriminating factor. The new legislation criminalizes dissent as such.

The court sentenced Gorinov to seven years in prison, which is almost as long as an average prison term for first-degree murder in Russia. Notably, the sentence was exactly as requested by the prosecutor, running against the usual practice of Russian courts applying at least a minor discount. Certainly, that draconian sentence sets a benchmark for future antiwar cases. Article 207.3 provides for a sentence of up to three years of imprisonment. However, aggravated forms of that “crime”—which is a mere expression of opinion—carry a minimum sentence of five years and a maximum of fifteen.

Article 207.3 of the Criminal Code is already being referred to as the “Gorinov article.” However, the case of Alexei Gorinov, while symbolic, is just one of sixty-nine known ongoing cases under Article 207.3, and that number will keep growing.

In addition, since March 2022 the government has passed a variety of other laws specifically designed to suppress antiwar speech. In particular, Article 20.3.3 makes it a misdemeanor to “publicly discredit Russia’s armed forces,” resulting in almost 2,500 convictions as of late June with an average fine of 35,000 rubles (about USD 600). Repeat violations are punishable by up to three years of imprisonment under Article 280.3 of the Criminal Code.

Prosecutions have targeted a broad spectrum of expression, ranging from the display of antiwar placards to social media posts to wearing distinctive clothing or accessories such as hats or ribbons, including even a fine for yellow-and-blue sneakers. In a recent case, an activist was convicted for putting the term “special military operation” into quotation marks, thereby, according to the judge, expressing irony over the official name of the war. Another activist was prosecuted after he petitioned the law enforcement officials and demanded that Vladimir Putin and other top government officials be charged with the crime of aggression. There is every reason to believe that the flood of antiwar speech cases will continue.

In his closing argument at the trial, Alexei Gorinov remarked that his case was “an unlearned lesson from our common past”: “persecution for speech, fabricated cases, expedited trials, belated epiphany.” Indeed, Russia’s new wartime laws are a reincarnation of some of the most ominous Soviet-era legal texts. The infamous laws punishing “anti-Soviet advocacy and propaganda” and “dissemination of knowingly false information discrediting the Soviet political and social system” had been part and parcel of the totalitarian regime. Even the sentencing standards are now the same: in what looks like gloomy historical irony, Sergei Kovalev, one of the most revered Soviet dissidents and later Russia’s first ombudsperson, had been sentenced to the same seven years of imprisonment as Alexei Gorinov for “anti-Soviet advocacy” in 1975.

The Kremlin won’t stop here. Reports about new cases arrive almost every day. News about the latest case, against the opposition politician Ilya Yashin, broke as this piece was being prepared for publication. For as long as the war conflict in Ukraine goes on, the human rights situation in Russia will keep getting worse.

Grigory Vaypan is a former Galina Starovoitova Fellow on Human Rights and Conflict Resolution. He is an independent Russian human rights lawyer and scholar.