Infrastructure, Rubble, and Resistance in the Current War 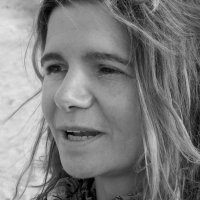 The Russian military offensive is targeting the electricity, water, communication, and transport networks that make everyday life possible. In an urban environment as opposed to a rural one, where wells and wood-fueled stoves offer alternatives, the lack of power is not just an inconvenience but a matter of survival. In cities, electric power is the foundation of social order. In the port city of Mariupol the remaining population is cut off from water, heating, and the electricity people need for their most basic life functions. Municipal authorities have had to dismantle the heating systems so that the water in radiators can be used for drinking.

The moment marking the start of the collapse of these services in Mariupol was the March 3 bombing of power lines, which cut the electricity supply to water filtration stations in the city’s northern outskirts. Pumps, filtration, and sewage systems collapsed for lack of electricity. This drama is multiplied throughout Ukraine, with several million people estimated to have been cut off at some point from life-supporting utilities since the Russian invasion began on February 24.

But the other face of this dramatic collapse also reveals an alternative picture, the story of how some critical infrastructure is being maintained, repaired, restored despite the war. For example, in Kherson, in Karlivka, in Verkhnokalmiysk, power and water were down but then reestablished in an ad hoc fashion by repair teams in between attacks. The Ukrainian railway system briefly stopped functioning in the immediate aftermath of the air raids on Kyiv, but it was swiftly reorganized to run evacuation trains by staff mobilized on extended shifts with four-hour breaks for sleep.

Maintaining critical infrastructure is a form of Ukraine’s resistance to the Russian invasion. It affirms Ukrainian autonomy and beckons toward new understandings of sovereignty during this war. The resilience of power, water, and communication grids expresses how companies have adapted to war, and how the actors involved interact to shape the provision of critical services during war. To do this they draw on pre-invasion networks in the workplace, in their local communities, and ultimately in the Ukrainian state.

Ukrainian utilities companies that worked near the zone of conflict in the Donbas since 2014 have learned from their experience during the first stage of active warfare, geographically limited to eastern Ukraine.

Ukraine’s largest energy provider, DTEK, accounts for a quarter of the country’s power-generating facilities. DTEK CEO Maksym Timchenko recently explained that the company turned around its operational model based on its experience near the front line since 2014 in the Donetsk and Luhansk regions: with the outbreak of the current war, he said, “we knew what our first steps should be.

DTEK centralized its chain of command and reorganized its priorities around communications and providing fuel to keep DTEK facilities running. Within three to four days after the invasion, key people had been relocated to the western Ukrainian power plants in Burshtynska, Dobrotvirska, and Zakhidenergo.

DTEK is a subdivision of System Capital Management, Ukraine’s largest industrial and financial holding company, which is controlled by Rinat Akhmetov, Ukraine’s richest oligarch. It therefore had considerable social and political capital to draw on as it adapted to wartime conditions.

It mobilized its international business connections to secure the IT network supporting the grid by transferring critical users and business management systems from local to cloud services, and boosted hardware and software for the backup site of corporate IP telephony with the help of Microsoft, Cisco, and Elon Musk’s SpaceX.

The Ukrainian water supplier Voda Donbasu has been providing water to close to four million people in Donbas. It has also built on its own experience of running a supply system across the front line between Kyiv-controlled areas and separatist-held ones. As a regional public water utilities company it has none of the corporate pull of DTEK. Still, it sought to secure its facilities against artillery fire, for example by boarding up windows and installing makeshift bunkers.

Voda Donbasu’s plumbers and hydrotechnicians have also accumulated experience working under fire; they are aware of mines and can distinguish between types of small-arms fire at a distance. By 2018, because most of Voda Donbasu’s facilities are located in areas of continued fighting, more than half had been damaged by mortar and artillery fire. Dozens of employees had been injured and several killed on the job. Voda Donbasu increasingly relied on mediation by international organizations.

Despite these casualties, it was not a systematic target of enemy fire, possibly because the populations on both sides of enemy lines depended on this single water system. International organizations—such as the ICRC, UNICEF, the Swiss Agency for Development and Cooperation—stepped in to help procure machinery, chemicals, and water trucks when supply chains broke down.

In the current all-out war, utility companies are faced with more risks and difficulties on the ground. Piecemeal arrangements to allow repairs to be made have broken down. There are no longer procedures for ensuring localized ceasefires of the kind available under the Minsk 2015 ceasefire agreement.

Back then, a Joint Center for Cooperation and Coordination on ceasefire and stabilization of the demarcation line (JCCC) and the Organization for Security and Co-operation in Europe (OSCE) helped establish “windows of silence” for the safety of repair crews. But these arrangements have now collapsed. Repairs can be made only after an object has been secured by the Ukrainian army, which implies that the army has first regained control of the territory.

Another problem is the connectivity of Ukrainian critical infrastructure to material networks under Russian control. Until recently the Ukrainian railway system was still running trains to Russian territory. The internet in Ukraine is vulnerable to Moscow control over internet routes.

The Ukrainian power grid was connected to the Russian grid, a post-Soviet power system uniting Russia, Belarus, Moldova, and Ukraine, until February 24. Since 2005 there have been plans to integrate the Ukrainian power system into the European system by decoupling it, a further step in disconnecting Russia’s post-Soviet neighbors from its self-designated economic sphere of influence.

But beyond political intent, such Ukrainian-European synchronization requires complex technical interventions on the part of the EU and Ukraine’s grid operator, Ukrenergo. The grid was supposed to be synchronized with the European grid in 2023. A preplanned test was scheduled for February 24 in which  Ukraine’s grid would be temporarily disconnected from Russia’s to work autonomously in “island mode” before the next European integration phase. The test coincided with the beginning of the invasion. As a result, Ukraine didn’t reconnect its grid with the Russian one.