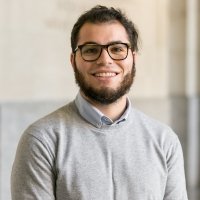 The rapid transmission of Covid-19 has prompted nations around the globe to adopt measures to reduce rates of infection, including travel bans. But for Argentina and Uruguay, abruptly separating from one of the world’s coronavirus hotspots, Italy, has involved much more than canceling a few transatlantic flights. Given the long history of Italian migration to South America, severing this connection presents economic uncertainty and disrupts deep cultural bonds.

Two-thirds of Argentines (28 million) and one half of Uruguayans (1.75 million) have Italian ancestry. Meanwhile, nearly a million Italian citizens reside in Argentina, the most populous Italian community outside of Italy. Uruguay also has a sizable Italian community, now numbering 121,000.

Many of the original Italian migrants settled along the banks of the Río de la Plata, giving both Argentina and Uruguay a distinct Italian influence. Cafés, pizzerias and gelato shops in Buenos Aires and Montevideo resemble those in Rome or Naples. Pasta is a local staple, as is gnocchi, commonly served on the 29th of the month. Uruguay operates an exchange program with Italy similar to Israel’s Birthright experience. Even the local dialect, unique in Latin America, is strongly influenced by Italian enunciation, cadence and hand gestures.

Despite these deep connections, Italy’s devastating coronavirus outbreak has suddenly disconnected the country from South America. Already, the divorce has had significant unintended consequences. Tourists returning from Italy carried the disease to both Argentina and Uruguay. So far, Argentina has registered 2,277 cases and Uruguay 483. In response, Argentine President Alberto Fernández has closed the country’s borders, halted most international flights, issued a nationwide quarantine and suspended long-distance domestic travel. Uruguay followed, closing its borders and imposing social distancing, though so far avoiding a mandatory quarantine.

The border closures on both sides of the Atlantic profoundly damaged the tourism sectors. Typically, Italy is one of the most-visited country in the world. Argentina gets far fewer visitors, but tourism was a key element of Mr. Fernández’s strategy to restart the stalled economy. In 2018, tourism accounted for about ten percent of Argentina’s GDP and total employment. Thanks to a weak currency, the tourism sector was a rare glimmer of hope for an economy battered by a drop in commodities prices and mired in a debt restructuring.

Tourism in Uruguay is also significant, generating 17 percent of GDP in 2018, more than double the regional average of 8.7 percent. After a better-than-expected summer season, the country now faces a harsh Southern Hemisphere winter. Flights to South America are mostly grounded, and sensing headwinds, Uruguay’s new government has rolled out an unemployment package to prop up the ailing tourism industry.

The pandemic’s fallout could be long lasting. The International Monetary Fund forecasts a contraction of 5.7 percent for Argentina and 3 percent for Uruguay in 2020, and a devastating 9.1 percent in Italy. Airlines worldwide face potential bankruptcy, including already-troubled Argentine and Italian carriers. Sluggish economies and a ravaged aviation sector could slow the return of Italian visitors to the Southern Cone. Last year, Argentina welcomed over one million European visitors, including 107,000 Italians. Uruguay saw 152,000 European visitors in the same period. The totals this year and next could be markedly lower.

The disconnection is also painful for families in Argentina and Uruguay, marooned thousands of miles away as their relatives and friends in Italy endure a frightening outbreak. But the virus’s long-term economic fallout is not likely to alter personal connections or cultural ties. Italian politicians who represent Italy’s South America diaspora are in touch with parliament by  videoconference, and their constituents are likely in constant communication on WhatsApp. When the quarantine is finally lifted, scores of Porteños and Montevideanos will surely celebrate at a neighborhood trattoria, ordering a platter of homemade pasta and starting heated arguments about European fútbol.