Explore More
Close
Blog post
Society and Culture
Russia’s Scholars Are Silenced at Home and Isolated Abroad
By Larisa Deriglazova on August 12, 2022
Share on FacebookShare on TwitterShare via Email
SharePrint
Part of the Hindsight Up Front | Ukraine
Blog post

The Limits of Putin’s Propaganda 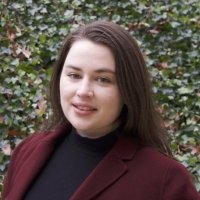 Ukraine has upended Putin’s otherwise successful strategy of gaining leverage over neighboring states by manufacturing then freezing separatist conflicts within their borders. Before the occupation of Crimea, a coordinated, multiplatform disinformation campaign flooded eastern Ukraine with reports of violence targeting Russian speakers. These fabricated reports obscured the real motivations behind Russia’s military occupation and illegal annexation of Crimea. In contrast, Russia’s recent attack on Ukraine has been met with clear-eyed condemnation from the international community, backed up by severe financial consequences. Putin’s disinformation machine has failed to convince Ukrainians, global onlookers, and even his domestic audience that Russia’s war in Ukraine is justified.

The “De-Nazification” Narrative
Putin squandered any remaining pretext of moral justification for Russia’s invasion of Ukraine with his surreal televised address on February 24, declaring a “special operation” to “strive for the demilitarization and de-Nazification of Ukraine.” Eight years after the initial occupation of Ukraine, Putin’s claim that the Russian military was entering Ukrainian territory “to protect people who have been abused by the genocide of the Kyiv regime” has failed to gain any purchase among Ukrainians or a global audience.

Accusing perceived enemies of Nazism or fascism is a typical Kremlin disinformation narrative. A recent open letter signed by over 300 “scholars of genocide, the Holocaust, and World War II” states that Russian propaganda regularly presents the elected leaders of Ukraine as Nazis and fascists. “This rhetoric is factually wrong, morally repugnant, and deeply offensive to the memory of millions of victims of Nazism and those who courageously fought against it, including Russian and Ukrainian soldiers of the Red Army.”

As is the case with conspiracy theories, this one has a kernel of truth: several Ukrainian nationalist figures committed atrocities against Jewish people and collaborated with Nazis during World War II. But Putin isn’t invading Ukraine to protect that country’s people from Stepan Bandera or Symon Petliura. As Harvard historian of Jewish and Eastern European History Josh Meyers noted on Twitter, what makes modern Ukraine so inspiring (and Putin’s lies so transparent) is that “there are no modern Petliuras today in Ukraine”: The Azov battalion—a far-right all-volunteer infantry military unit formed in May 2014 with about 900 current members—“is real and awful. But it is one battalion. To the contrary, Pew Polls have found Ukraine one of the least antisemitic countries in Europe. The President is a Jew. The former Prime Minister is a Jew.”

Former deputy chairman of the Central Bank of Russia Sergey Aleksashenko wrote that when Putin announced a Russian military operation in Ukraine, “it became obvious that the only clearly stated goal was to change the country’s political leadership.” Instead of giving the Russian leader the moral high ground, invoking Nazis has invited comparisons between Putin and Hitler.

From 2014 to 2022: What Changed?
Some differences between the world’s reaction to Russia’s military operations in Ukraine in 2014 versus 2022 include more proactive strategic communication practices from the West, an abundance of open-source intelligence, and Russian public opinion.

In contrast to the U.S. response to the occupation of Crimea in 2014, the White House has made a concerted effort to release intelligence to the public about Russian plans before they happened, in order to undermine the potency of “false flags” that fabricate a pretext for invasion. By consistently “pre-bunking” these plans, the Biden administration, in partnership with Western allies such as the UK, has prevented Russia’s disinformation tactics from achieving their goal: to sow confusion surrounding Russia’s actions in Ukraine in order to prevent an effective, unified response. Subsequent falsified videos from Ukraine’s separatist regions prove that these intelligence disclosures were warranted.

Second, a constant stream of on-the-ground information, including photos and video, is being uploaded to social media and instant messaging platforms. This has given the average internet user unprecedented access to raw footage of troop movement, equipment transport, and the damage caused by Russian bombardment of Ukrainian cities. This overwhelming amount of raw information also provides cover to propaganda and misreporting. Luckily, it is matched by a growing cohort of open-source investigators with the necessary skills to verify and analyze reports from the conflict zone.

Another difference between Russia’s occupation of Ukrainian territory in 2022 versus 2014 is the reception of Putin’s primary audience, Russians. When Putin declared Russia's annexation of Crimea in 2014, his popular approval rating rose above 80 percent, attributed to the “Crimea effect.” According to Levada Center’s Denis Volkov, there is no general consensus in Russia on whether the self-declared Donetsk and Luhansk People’s Republics should be independent, should be incorporated into Russia, or should remain Ukrainian. Putin instead gained public consensus for escalating tensions with Ukraine through exhaustion.

Not only has Russia’s invasion of Ukraine failed to boost Putin’s popularity but there are early indicators that it has weakened his base of support. According to the latest reporting from OVD-Info, more than 6,440 people were arrested in four days of antiwar protests across Russia. The billionaires Oleg Deripaska and Mikhail Fridman have both called for peace talks.

By occupying a peaceful neighbor, forcing the populations of its cities underground to escape bombardment, and allegedly committing war crimes, it’s clear even to Russians living in the Kremlin echochamber that Putin presents an exponentially greater threat to Ukraine than Nazis, NATO, or whoever he may blame next.

Disinformation Is a Devil’s Bargain
Whether or not Putin genuinely believed that Ukrainians would greet Russian soldiers as liberators, it seems clear that he made a severe miscalculation when he gave the orders to invade Ukraine. The initial position of Russian forces seemed to indicate that Putin was planning a relatively short campaign to capture Kyiv, one that would avoid protracted combat and result in a decisive Russian victory. This plan has fallen apart. Russia’s military is actively bombarding Ukrainian cities. The General Staff of the Armed Forces of Ukraine is reporting more than 9,000 Russian military deaths, while Russia is reporting less than 500. Putin has escalated to nuclear threats because they are his remaining leverage to prevent the consequences of his unforced error from coming to fruition.

Since the 2014 occupation of Crimea, Western leaders and a concerned public have watched Putin use every tool available to bend reality to suit his ambitions. He eliminated anything—including freedom of expression, political opposition, and an independent media—that could have stood between him and such an egregious miscalculation. A feedback loop of his own creation cut Putin off from reality.

Eleanor Lopatto is a Program Assistant at the Kennan Institute. Prior to joining the Wilson Center, Eleanor worked for the National Organization of Veterans' Advocates in Washington, DC.