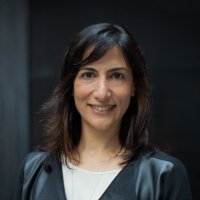 If the Russian invasion of Ukraine becomes a protracted crisis, then donors will probably refocus towards Ukraine and the burden on countries hosting Syrians will increase.

The last few months has seen one of the biggest population movements with more than 14 million Ukrainians fleeing their homes as the result of the Russian invasion. Based on figuresfrom the United Nations (UN), 7.3 million Ukrainians left Ukraine while around 2.4 million have returned to their country in cities where it is considered safe.

While the largest portion of Ukrainians found refuge in neighboring countries, predominantly Poland, many other European countries also received high numbers of Ukrainians. Among them is Turkey, which became a preferred destination for Ukrainians due to the free tourist visa system and Ukrainians’ sympathy for Turkey because of its military and humanitarian support to their country. Turkey is the world’s largest refugee hosting country since 2014, with some 3.7 million Syrians under temporary Protection and another 400,000 refugees and asylum seekers under international protection, with Afghans at the top of the latter group.

While there is no official data on the number of Ukrainian nationals who found refuge in Turkey since February 2022, according to UN numbers, it is estimated that around 145,000 Ukrainian refugees are in Turkey.

The favorable treatment Ukrainian refugees have received in the West and the solidarity shown to their fate compared to what Syrians have been deprived of led experts and observers to comment on the ‘hypocrisy’ of Europe’s or the West’s refugee response. While the numbers of Syrians welcomed by European countries (except Germany) remained limited over the last 11 years, the main policy response by the EU was to close its borders and limit the influx of refugees through ‘a refugee deal’ with Turkey and providing financial support to refugee hosting countries. 6 billion Euros were committed and contracted under the Facility for Refugees (FRIT), a key component of the 2016 EU-Turkey Statement.

The international community’s attention shifting to Ukraine’s and Ukrainian refugees’ future raised concerns in countries hosting large number of Syrians as to the commitment of donors to Syrians’ futures. On that note, the pledges committed at the 6th conference of ‘Supporting the future of Syria and the region’ in Brussels in May 2022 bringing together EU institutions, EU member states and international organizations were a welcome relief. A total of 6.4 billion Euros  for 2022 and beyond is pledged for Syrians inside the country and in the neighboring countries, exceeding the 2021 amount of 5.3 billion Euros.

Additionally, while the details and disbursement plan is unknown to the public, in June 2021, the European Commission proposed a total package of 5.7 billion Euros for refugee support in the region, of which 3 billion Euros is expected to be allocated to Turkey “to support the long-term socio-economic integration of Syrian refugees who already settled and "need a perspective for the coming years," and the rest of this sum will likely go to Jordan, Lebanon and Syria.

These are positive developments for at least covering some basic needs of Syrians up to 2025-2026. However, if the Russian invasion of Ukraine becomes a protracted crisis, then donors will probably refocus towards Ukraine and the burden on countries hosting Syrians will increase. Besides shifting donors' attention, increasing global food prices as well as the crop crisis caused by the war can also very negatively affect the situation in African and Middle East countries, which buy the most wheat from Ukraine. On top of this, refugees are usually the ones who suffer the most from worsening economic conditions in host countries.

International donors, international organizations, local actors, NGOs, and municipalities all need to combine forces to create long-term solutions for the socioeconomic integration of Syrians. Access to livelihoods for Syrians still remains the most urgent problem ahead in all host countries. International donors need to support big scale projects, which support job creation in host countries. Investments in the production sectors will not only enable refugees and host community members to access jobs but can also help countries to access to new markets and create export opportunities for businesses employing refugees.