Moroccan Youth Between a Rock and a Hard Place: Political Will and Unfinished Business 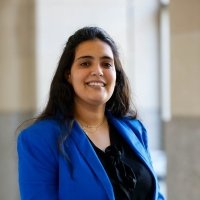 These indignations reflect the reality of a youth surrounded by evils, lack intellectual development and openness, and who can only dream of a better future.

During the last few years, several demands from young Moroccans regarding the difficulty of achieving their aspirations and reaching their ambitions have marked the daily life: the image of Hayat, the young girl who died crossing the Mediterranean, the songs of the Moroccan soccer club fans that went viral on social networks and mobilized thousands of young people, and the rising popularity of Moroccan rap songs that evoke the concerns of youth. These indignations reflect the reality of a youth surrounded by evils, lack intellectual development and openness, and who can only dream of a better future.

According to the latest census, young people make up more than a third of the Moroccan population. More than two million, according to the High Commissioner for Planning, are completely idle and have no training or work. Under these conditions, a good portion feel frustrated, marginalized, want to leave the country for a better life abroad. Many fall into delinquency or extremism or even suffer from psychological disorders. Another portion have become a brain drain that of young people educated in the country. Once they have obtained their diplomas, they take their skills abroad – free to use their talents and creativity elsewhere instead of contributing to the development of their homeland. This “brain drain” is an enormous loss for Morocco.

King Mohammed VI's speeches have very often been centered on Moroccan youth in recent years, underscoring a great desire to put the their dilemma at the center of the new development model. New actions linked to education and unemployment are on the rise, and the state is attempting to make sure that young people are more aware of public affairs and decision making. However, according to the Moroccan Economic, Social and Environmental Council report in 2018, young Moroccans hardly participate in civic life (only 1 percent of young people join a political party or a union). This situation can be explained by the lack of trust between young people and political and especially public institutions despite political developments seen since 2011. Paradoxically, and according to the same report, more and more of them are joining non-governmental organizations, disappointed by the direct political action that offers very few prospects for initiating real change.

Change... The will is there, the youth of Morocco want it, and the whole country needs it. Recommendations are written by several commissions, in several reports. No need to reinvent the wheel. Now, is the time to apply them  in order to see concrete action for the development of young people, including those living in disadvantaged conditions, and to in order to save what potential and skill still remains in the country.