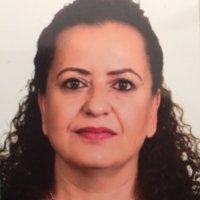 Recent studies provide evidence that the low participation of women in the labor force represents a high cost to the economy and a missed opportunity cost that negatively affects the gross domestic product (GDP) and results in a loss of return on public spending on education.

An International Labor Organization study estimated that the gender gap in labor force participation in Jordan results in a loss in the value of the GDP by 21 per cent, which is valued at $8 billion based on 2014 figures.

These have received minimal attention from public policymakers in past years. Amendments to the labor code, passed by the Parliament this year after seven years of advocacy led by civil society organizations, have finally provided the overdue legislative response to several of those issues. These include introducing pay equity, flexible work and paternity leave for the first time in the law as well as amending Article 72 pertaining to daycares by allowing for various models of daycares and not just onsite workplace daycares and expanding it to serve children of working men and not just women. The question now is how will those important legislative changes be enforced and implemented.

Taking the example of Article 72, programs to increase the number of childcare facilities serving working women have not received enough attention or public investment. For Article 72 to be effective, the number of workplace daycares should be 1,389. In reality, the existing daycares established have not exceeded the 124 mark, with a mere 9 per cent compliance rate.

The challenge includes the inadequacy of government budgets allocated towards both private and public sector childcare facilities, and the absence of government accountability mechanisms to ensure compliance.

The shy policy response to low female labor force participation is also reflected in the absence of alignment of Jordan’s commitment to provide incentives for women’s work across the different laws. The recent Income Tax Law, passed in November 2018, missed an important opportunity to provide tax incentives for working women and to address the constraints that drive women to leave the labor market.

SADAQA- a civil society organization which works towards creating a friendly working environment for women presented proposals for provisions to be included in the Income Tax Law that provide the private sector and working families, with a working mother, with incentives that take into consideration the additional burdens borne by working families relating to childcare expenses. None of those proposals were considered in the final version of the law, despite the fact that the proposed exemptions would have generated higher tax returns because of increased female labor force participation.

SADAQA is demanding the government to remove the structural barriers that hinder women’s Labor force participation and is calling for daycares to become a public good; advisable and affordable for all working families as well as the availability of adequate public transportation.

For this to take place Jordan should take a solid approach to women’s labor force participation with national plans and priorities that guarantee enforcement and accountability measures, financial incentives as well as allocation in the national budget to remove these structural barriers facing women’s Labor force participation.