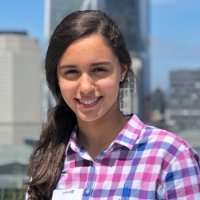 It has become almost identifiable that the patriarchal ideology is the most dominant in the majority of the Arab world. An ideology which has turned into a culture that became deeply rooted in those societies as part of their cultural identity. The patriarchal practice is seen in almost every typical household, public or private workplaces, schools and much more. As a young girl who was born and raised in Libya, I noticed very early the acquired importance and emphasis of male roles in my society. In Libya, the male figure, be it a father, an uncle or a brother are the decision makers in the house, regardless of the female’s status. Males are also viewed as individuals who hold more privileges compared to females. However, with the circumstances of our crisis, this is proving to be a very wrong point of view.

Lately, I have been involved in the civil society sector and have worked with young leaders who genuinely strive to empower young people and improve Libya’s situation in that regard. According to my experience, the gender gap is a challenge for many girls who aspire to make changes in their societies. It is usually much more preferable to hand over a leadership position to a male rather than to a female. This does not only have a depressing effect on a personal level for those girls, but it will be a loss of human potential in a country where every effort and a potential to make change is needed.

However, I do believe that these social perceptions and practices have been changing over the past few years; young women are proving themselves to be worthy of leadership and contribute to develop their countries the same way men can. They are standing up for their rights and are acknowledging their power too. I find that to be fascinating!

In spite of the high gender gap in my country, the security issue in Libya is a major challenge that threatens the safety of everyone regardless of the gender, age or status. But as with any country undergoing war, girls, women and youth are the ones to be affected the most with its outcomes. That is why, we need more women in leadership positions; to help convey our perspective as women in the adverse circumstances our countries go through.