Q:Almost immediately after taking office, Colombian President Gustavo Petro introduced ambitious tax reform legislation. The goal is to raise an additional $5.7 billion in revenue in 2023 for social programs, principally by raising taxes on the wealthy. World Bank figures show that Colombia is one of the most unequal countries in the world, and taxing the rich plays well with Petro’s base. But the private sector is almost uniformly opposed. And while Petro has reached out to other parties in congress, his Pacto Histórico coalition does not have a majority.  How likely is the proposed reform to pass?

A: Although its revenue goal is similar to that of President Iván Duque’s failed tax reform, President Gustavo Petro’s proposal has a better chance of being approved in congress. Whereas at the heart of Duque’s reform was an increase in the value-added tax for many basic goods, Petro’s reform focuses on raising taxes on the affluent. Although pressure from business associations and other interest groups has been intense, and should not be dismissed, the redistributive aura of the reform should help defuse public protests and offer political cover to legislators sympathetic with the government’s proposal. Another factor is timing. Presidents tend to enjoy a honeymoon period with voters for a short time after inauguration. While Duque attempted his 2021 reform late in his presidency and with the economy reeling from COVID, Petro introduced his proposal on his first day in office. Moreover, in some of the early deliberations in congress, the Petro administration has shown a willingness to compromise – for example, modifying taxes on oil – which also increases the likelihood that the legislature will approve a meaningful version of the original proposal.

Q:The effort to enact a pro-poor tax reform by President Iván Duque ignited violent street protests in 2021, largely in response to proposed increases in the value-added tax (IVA) on certain basic goods. Research by the Inter-American Development Bank has shown that high income earners, given their greater purchasing power, pay a larger share of IVA revenues than do those of more modest means. How do Petro’s proposed reforms address the IVA?

A: Petro’s proposed reform looks to raise about 1.7 percent of GDP in tax revenue by focusing mainly on corporate taxes, hydrocarbon taxes, wealth taxes, and health taxes. Politically, taxes on firms, oil, the rich, and sugary drinks and processed foods are less difficult to sell. Conversely, increases in taxes that affect less affluent sectors, such as the IVA, often lead to public backlash, as we saw when protests derailed Duque’s 2021 reform and previous proposed reforms in Bolivia and Mexico. With tax reforms, what makes sense from a technical standpoint doesn’t always make sense from a political perspective. Expanding the IVA is tempting because it is easier to collect than other taxes and broadens the number of people paying taxes. Those were important goals of Duque’s proposed reform, which generally sought to shift the relative burden from corporations toward individuals to address a significant imbalance in Colombia’s tax system.

Similarly, while previous reforms in Colombia sought to promote formal employment by reducing corporations’ tax burden, Petro’s reform has a different orientation. Coming from the left, it links proposed higher taxes on the wealthy and the elimination of exemptions for corporations to increased social spending. Rather than seeking to increase Colombia’s tax base, Petro’s reform features redistribution as a clear objective.

Q:Oil and coal constitute by far the largest share of Colombia’s export revenues. In pursuit of climate goals, Petro has pledged to halt new licenses for hydrocarbons exploration, and his tax proposal would impose steep taxes on oil and mining companies. Following harsh criticism, the government modified the proposal so that companies could continue to deduct royalty payments.  Will the proposed reform end foreign investment in Colombia’s hydrocarbons sector and deprive the government of resources for social spending?

A: Due to the importance of hydrocarbons and mining for Colombia’s economy, the proposed taxes on these sectors would amount to a significant share – about one fourth – of the tax reform’s projected revenue. Because of the high stakes, this part of the proposal has already seen several modifications in the Congressional deliberations. In the latest iteration the proposed export taxes were jettisoned because they could contravene Colombia’s free trade agreements. Instead, the government has eliminated again the ability to deduct royalties from income taxes and adopted a 10 percent income tax surcharge in 2023 that would taper to 5 percent by 2025.  In the short term, the increased tax burden would likely dampen investment in these sectors, as there are nearby alternatives – Guyana, for example – with more favorable tax structures. In the medium to long term, the increased tax burden could diminish the appeal of exploration projects. This aspect of the reform is consistent with Petro’s longer-term goals of diversifying exports away from hydrocarbons and mitigating environmental damage, perhaps even through a moratorium on new projects. So it is by design that the tax reform would weigh on Colombia’s hydrocarbon and mining industries.

Q:Already, only a small percentage of Colombians pay personal income taxes; the estimates are as low as 5 percent. By aiming to increase taxes on the wealthy, especially on assets worth more than $750,000, will Petro simply spur massive capital flight?

A: One of the most challenging aspects of tax reforms is to avoid provoking greater tax evasion and avoidance, including through capital flight. Colombia’s wealthiest sectors are no strangers to increases in their tax burden, but in countries where wealth is highly concentrated, governments face greater risk of overplaying their hand. In Colombia, previous increases in taxes on economic elites have been linked to public safety, which was a key concern for the wealthy and made wealth taxes more tolerable. Previous wealth taxes were also temporary, whereas Petro’s proposal has no sunset provision. Petro’s government estimates that the reform would raise income taxes on 2.4 percent of the population. Since Colombia generates only about 6.8 percent of its tax revenue from personal income taxes according to the Organization for Economic Cooperation and Development (OECD) – compared to an average of 23.5 percent for OECD members – the reform seeks to improve the balance and bring in additional revenue by taxing dividends and onetime capital gains. Because of the precedent of recent wealth taxes in Colombia, concerns about massive capital flight are likely overstated, although certain aspects of the reform could discourage investment in sectors that used to enjoy preferential tax rates.

Q:In 2022, the OECD, which Colombia joined in 2020, said “expanding social protection, improving the sustainability of public finances and lifting productivity growth will be essential for boosting growth, reducing poverty and improving opportunities for all Colombians.” How likely is it that the proposed reform will accomplish those objectives?

A: The proposed reform has two central objectives: reducing the deficit and addressing inequality, both of which are important for Colombia to achieve its growth potential and meet its developmental goals. Colombia has a fiscal deficit of 5.6 percent of GDP, and if we include the deficit from the Fuel Price Stabilization Fund, it reaches 7 percent. The reform’s projected 1.7 percent of GDP in additional tax revenue would be an important step toward improving the health of the government’s finances.

Doing so would also help achieve the government’s redistributive goals. Colombia’s debt servicing costs 4 percent of GDP, so the Petro administration will have to remain vigilant to make sure the deficit doesn’t further deteriorate and divert even more resources from social spending priorities. The government estimates that the reform will reduce Colombia’s high levels of inequality, bringing down the Gini coefficient from 0.55 to 0.49. If this outcome materializes, Colombia’s inequality would be closer to that of Costa Rica or Brazil. However, there are clear signs that the world economy is decelerating. Whereas high oil prices have provided producer countries like Colombia with a temporary buffer against an adverse international environment, an economic downturn would make it harder for the government to achieve these goals. 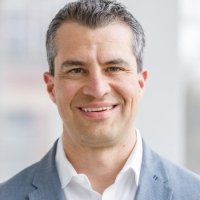