From Post-Soviet to Neo-Soviet 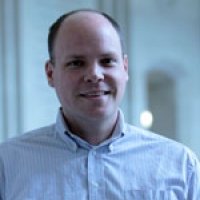 In a series of polls conducted at various points over the past 25 years, the Levada Center has asked Russians about their nostalgia for the Soviet state and the reasons for its breakup. In the most recent sample (November 2016), 56 percent of respondents expressed regret about the Union’s collapse. This figure peaked in December 2000 at three quarters of those surveyed and has been above 50 percent all but once over the past quarter century (49 percent in the December 2012 sample).

Responses in the November 2016 version to the latter question were also consistent with prior surveys (asked since December 2006). Twenty-nine percent of respondents endorsed the “feckless and misguided ‘Belovezhskaya collusion (sgovor)’ between Yeltsin, Kravchuk, and Shushkevich” as the main reason for the Union’s breakup. Other popular choices are also vaguely conspiratorial, such as the complicity of foreign powers hostile to the USSR—the second most common response at 23 percent.

Other answers in the sample variously endorse the reasons for the Union’s breakup often cited in policy circles and academic interpretations: the disillusionment of the populace with Gorbachev and his leadership team, the weight of military expenditures on the country’s economy, the technological and economic backwardness of the Soviet state (including a reliance on oil and natural gas), and nationalism in the republics, among others.

In some of the non-Russian republics, there is a similar level of regret for the breakup of the USSR. In a 2013 poll conducted by Gallup in 11 of the 15 successor states (Estonia, Latvia, Lithuania, and Uzbekistan were excluded), a majority indicated that the breakup was more harmful than good in Armenia, Kyrgyzstan, Tajikistan, and Ukraine, as well as in Russia (in Moldova and Belarus a plurality agreed with this position). Similar numbers are reported in surveys conducted in Abkhazia, South Ossetia, and Transnistria, the separatist territories in Georgia and Moldova that rely on Moscow’s patronage for their continued existence. Only in Turkmenistan (62 percent)—and very likely in the un-polled Baltic states—did a majority indicate that this event was beneficial. There is also a generational divide: according to Gallup, “adults between the ages of 15 and 44 … are nearly three times as likely as those 65 and older to say the collapse benefited their countries.”

Results from these and similar surveys form part of the basis for the argument that post-Soviet is a relevant idea for describing a shared identity among those living in the former Soviet republics. Nostalgia for the Soviet state still exists. These ties are rooted in similarities across the region composed of the successor states: migration pathways based on Russian as the lingua franca; the top-down management of religions (particularly Orthodoxy and Islam); urban forms that are only slowly evolving to more market-oriented conditions; and contestations over the state, sovereignty, and territorial organization that result from Soviet-era borders. As I wrote with Matthew Derrick in introducing our questioning of the concept post-Soviet: “Each of the successor states is post-Soviet, but they are so to varying degrees and in different ways.”

In a 2013 poll conducted by Gallup in 11 of the 15 successor states (Estonia, Latvia, Lithuania, and Uzbekistan were excluded), a majority indicated that the breakup was more harmful than good in Armenia, Kyrgyzstan, Tajikistan, and Ukraine, as well as in Russia (in Moldova and Belarus a plurality agreed with this position).

There are numerous counterarguments to this claim of relevance, however. The generational divide increasingly suggests that as the last Soviet generation passes away, so too will any feeling for the USSR. Post-Soviet has been a temporal marker for a disparate region and a disparate group of people, whose shared experience with the Soviet state is now receding further and further into memory. And as the sovoks in Svetlana Alexievich’s Secondhand Time relate, this nostalgia is individually felt by those who lived through this world-historic event. Some, for example in the highlands of Tajikistan, never considered themselves Soviet to begin with.

So today the term post-Soviet has utility mainly as a modifier to a time—the quarter century since the Union’s breakup—or place—the aggregation of 15 countries that used to share a political system but are now increasingly diverse. It serves to describe the post-Soviet period or the post-Soviet space. The latter term is rooted in the connections and similarities that exist across these states when taken together as a region.

If the usefulness of post-Soviet as an organizing concept is waning, what ideas will replace it? The authors who engaged in questioning post-Soviet emphasized the growing role of connections beyond the region—the relationship between the Central Asian states and China, for example. But when thinking of the ties that still bind the former Soviet republics, perhaps a more appropriate term is neo-Soviet. This refers to the reconstitution and reproduction of Soviet-era practices and institutions across government, society, and media. The term has been previously used to describe Vladimir Putin as representative of a soft authoritarian regime, with his appeals to Russian nationalism and anti-American rhetoric.

Neo-Soviet has a broader relevance beyond Putin as an individual. It denotes the selective adaptation of some of the principles of the Soviet state to new political entities in a changed international context. Its usefulness is in the idea that the reconstitution of Soviet practices and nostalgia for the USSR are uneven and vary across the successor states. Some successor states are neo-Soviet; others are decidedly not. There is not a uniform neo-Soviet space. Rather, some states are neo-Soviet and belong to the institutions—such as the Eurasian Economic Union—created as such. This term also helps remove some of the ambiguity associated with the use of the term post-Soviet, where each of the 15 former republics terminologically belong but growing divergences supersede this common history.

If the usefulness of post-Soviet as an organizing concept is waning, what ideas will replace it?

What replaces post-Soviet, then, is a selective attempt to reconstitute certain aspects of the Soviet Union, with Moscow as the metropole of a unified economic space with political interests independent from those of Europe and the West. Russia, as the driver behind this process, has had varying levels of success. It has not been able to turn Ukraine away from its European path but did succeed in doing so in Armenia with the abrogation of the association agreement in September 2013 (though a revised agreement is now under consideration). Separatist regions in Georgia, Moldova, and now Ukraine are viable only because of Russia’s continued patronage, and the existence of these territories prevents the integration of these three states into Western institutions.

With constituencies that regret the breakup of the Soviet state, such neo-Soviet tactics have a certain appeal. For those not part of the emerging neo-Soviet order (including the Baltic states and ex-members of the Eastern bloc), it creates a heightened anxiety about further attempts to expand the members in this club.

Acknowledgments: I would like to thank Liliya Karimova for a sustained conversation about the concept of post-Soviet and for pointing me to the Levada survey and the article on Tajikistan cited above. All errors and opinions expressed here are my own.