The Power of Law to Influence Cultural Mindsets on Women's Rights 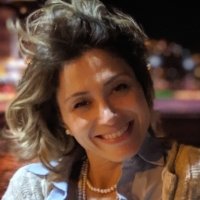 In most countries in the region, religion, law, and social norms are intertwined and hinder the advancement of women’s rights; for any sustainable change to occur, the issue needs to be addressed holistically.

Working as a gender advisor in conflict-affected areas in the Middle East, I realized that advancing women’s rights in the region requires changing both laws and cultural mindsets that continue to relegate women to a subordinate status.

The MENA region has the lowest score in the gender gap index, according to the Global Gender Gap Report 2020. In most countries, family laws, penal codes, and inheritance laws are based on Islamic Sharia.  Most women are subject to discrimination in the areas of child custody, nationality of dependents, right to mobility, marriage, and divorce. Some laws, specifically “honor killing,” “marry your rapist,” and “spousal discipline,” threaten their physical and psychological well-being. While conservative religious leaders reject the adoption of liberal interpretations of family laws, politicians compromise on reforming these laws to maintain the support such religious institutions.

Although the law reflects social norms, it also has the power to change them. Social norms have the biggest impact on women’s lives, treating them as a source of honor or shame for the family. In the case of “honor killings”, a male relative kills the female to restore the family’s reputation. The law treats these cases as familial offenses that receive minimal punishment. Likewise, in the case of rape, families try to resolve the issue by forcing the rapist to marry the female out of shame, and the law forgives rapists if they marry their victims.

In most countries in the region, religion, law, and social norms are intertwined and hinder the advancement of women’s rights; for any sustainable change to occur, the issue needs to be addressed holistically. International agreements and publications that expose gender inequalities can pressure countries to introduce legal reforms.  In 2017, Saudi Arabia granted women the right to drive after continuous international criticism. Similarly, support for civil society organizations that advocate at the local-level can bring reform, as in Lebanon where fierce lobbying abolished the “marry your rapist” law. In international development, providing financial aid should be conditional on gender equality requirements.