Putin Can Afford at Least Two More Years of War

BY FARIDA RUSTAMOVA AND MAXIM TOVKAILO

Since early in his rule, Vladimir Putin has been a major beneficiary of the 2000s oil price boom. While in 2000 the benchmark Brent crude sold for over $28 a barrel, in 2011 the annual average exceeded $111.

This revenue windfall allowed Putin to act from a position of strength. He started domestically by suppressing the opposition and independent media, and by winning over voters around election time by raising pensions and benefits. From 2014 onwards, he continued that drive internationally, by annexing Crimea, intervening in Syria, and invading Ukraine. Already by 2007, Russia had not only repaid its government debts to the Paris Club of creditors ahead of schedule, but also, following Norway's example, created a fund for surplus oil and gas revenues and began to put them aside for a rainy day.

How was Putin spending all this money? According to the Stockholm International Peace Research Institute (SIPRI), in 21 years, Russia’s military expenditures increased dramatically. Moscow spent $9.23 billion on military needs in 2000; by 2021, spending reached $65.9 billion. This is more than a 700 percent increase, which is more than in any G7 country. For example, Canada, for the same period, increased military spending by 319 percent, the United States by 250 percent, and Germany by 211 percent.

In absolute terms, Russia is still well behind the U.S., where defense spending exceeded $800 billion last year. However, the Kremlin spends more on the military than any country of the European Union. In 2021, Russia's military budget was 10 times bigger than that of Ukraine.

Spending on the Russian army is growing despite the poor state of investment in highways, railroads, bridges, airports, and other basic infrastructure. More than 20 million people in Russia (14 percent of the population) live below the poverty line. During Putin’s time in office "national defense" was the only major item in Russia’s budget that, until 2016, was never reduced in nominal terms. Education, health care, infrastructure, and social payments have all been cut at one point or another.

Even former deputy prime minister and finance minister Alexei Kudrin, Putin’s trusted associate, has raised his voice against excessive military spending. In 2011, President Dmitry Medvedev fired Kudrin from the government for his public criticism of the plan to increase defense spending. However, Putin did not abandon Kudrin, and in 2018 he returned him to the civil service as head of the Accounts Chamber to monitor government spending. But spending on the army has not decreased.

Autumn is the time when national governments and parliaments debate and adopt budgets for the coming year. This process is taking place these days in Russia as well. However, for most of this year, Russia has been at war with Ukraine, and the national economy is burdened by powerful international sanctions. Russian Finance Minister Anton Siluanov has already called the next budget the hardest in his professional career.

Is there any chance that Putin will run out of money for his war? Not in the near term. Despite Russian crude and gas currently selling at a discount, the current 2022 Brent price, between $90 and $110, allows authorities to replenish the government budget. Oil and gas revenues will allow the Kremlin to feel confident for the next year to year and a half. Much of the advertised meltdown of the Russian economy and the quality of life in Russia due to the West’s sanctions did not come about. Yet Russia will face a recession. The government's baseline forecast (likely obsolete by now) is a recession between 2022–23, sluggish growth between 2024–26, and growth of more than 3 percent between 2027–29.

However, beyond the horizon of two to three years, the Kremlin’s chances to have a balanced federal budget without reducing military and social expenditures are much lower. While in the past few years, the government based its budget expenditures on the average price of oil at $40 to $45 per barrel, for the years 2023–24, the budget is based on $60 per barrel. Given the risk of a global recession and the continued discount on the price of Russian oil, this is optimistic. At the same time, the Kremlin will be forced to spend its financial reserves to finance the deficit. After 2023, the Kremlin will have little room for maneuver.

To what extent does this generally rosy forecast for the Kremlin take into account the risks of an escalation of the military conflict with Ukraine or even NATO and a deterioration of the political situation inside the country?

Obviously, the military conflict drains Russia's financial power, and the longer it continues, the harder it will be for the Kremlin to find resources not only for the army, but also for social needs. The longer the Russian army is fighting on Ukraine’s battlefields, the greater the costs of arming and maintaining it. Defense spending in the first seven months of this year was about $20 billion higher than in the same period in 2021, estimates Janis Kluge, an analyst of the Russian economy with the German Institute for International and Security Affairs in Berlin.

Yet, the chances of Putin losing control over the elites and Russian society in the coming months seem rather low. Opponents of the military mobilization prefer to leave the country rather than fight the regime. Those who go to the front are paid huge sums of money by Russian standards. As for the elites, there are quite a few opponents of the war in Putin’s entourage but not one of them dares to unite like-minded people or come up with an alternative path for the country. The level of fear and helplessness among the establishment is such that the only thing the elites are capable of is to join another strongman, should an opportunity present itself. But the longer the war goes on, the less likely it is that such a figure will appear. 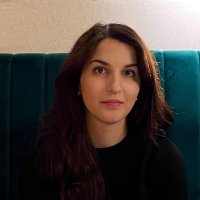 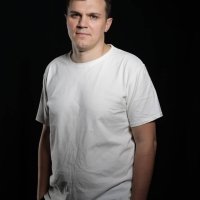