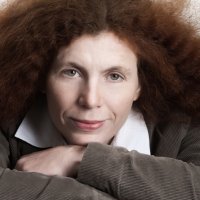 The third inauguration of Russian president Vladimir Putin, in May 2012, was a magnificent affair. As the impressive motorcade of the newly reelected autocrat sped through the empty streets of the capital, not a single passerby was in view, all having been banned from the public streets and squares along the route. The majestic and lonely procession stood in stark contrast to the cheering crowds that attended President Obama’s second inauguration a few months later—or that of most democratically elected leaders.

The reception that followed, in a Grand Kremlin Palace restored to its pre-Soviet glitter, was captured for posterity with Western digital camera technology.

The latest Putin inauguration, which took place on May 7, featured no motorcade and no gala reception. In stagecraft emphasizing his role as a hard-working leader, President Putin walked from his offices in the Kremlin to the Grand Kremlin Palace, gave a short speech, shook hands with Gerhard Schröder, and departed. The former German chancellor Schröder now heads the company managing Russia’s natural gas pipeline running through the Baltic Sea. He was the highest-ranking foreign guest at the inauguration, if he still can be considered a foreigner.

The reason for the toned-down ceremony can be laid at the feet of the mass protests called for by the opposition leader Alexei Navalny. On May 5, two days before the inauguration, Russians took to the streets in 90 cities all across the country to decry Putin’s ongoing rule.

In Moscow alone, 712 people were detained (of the 1,600 total detained throughout Russia), and someone in the Kremlin probably realized the show of force was producing exceptionally bad optics, such as the photograph of a slender 17-year old boy being whacked savagely by a couple of sturdy policemen in ceramic armor and helmets while Putin’s motorcade made its way through the subdued capital.

This scene captures the dichotomy of Russia today—increasing protests versus iron fist of entrenched rule. The specter of a “color revolution” is a nightmare that has haunted Putin since 2004, and he chose his course of action long ago.

First, he’ll never admit any real opposition into parliament, and he will never allow Navalny’s name to appear on the ballot. Putin is well aware that the presence of an opposition bloc in parliament increases the likelihood of mass protests.

Second, he has reformed the Russian police. In 2016 Putin created the National Guard of Russia. Unlike its namesake the U.S. National Guard, the Russian National Guard is the direct descendant of the Internal Troops created by Stalin in 1934. The very concept of “internal troops,” to be used against citizens, is the mark of a totalitarian state. A country’s military forces by definition are “external,” intended to fight external enemies. The internal troops are designed to fight their fellow citizens.

During World War II, Soviet Internal Troops were employed as the infamous retreat-blocking detachments placed behind the front lines to gun down any soldiers who tried to retreat.

They were always armed well. In 1980 the internal Dzerhinsky Division numbered 18,000 combatants, complete with tanks, howitzers, and, it is rumored, chemical weapons. It was a formidable force to be reckoned with in case of popular unrest.

Putin, however, has outdone the USSR. His National Guard has 340,000 people on its payroll, including at least 170,000 armed servicemen. These troops are being supplied with new armaments: since the mid-2000s Russian engineers have been working on the design of two new armored vehicles. Reportedly they were used last year in police operations in Dagestan. One of the new machines is named Viking, the other, rather pointedly, Karatel (the name can be translated as “punisher” or “a trooper deployed for a punitive operation”). It is both an awkward name and a dark hint, for the word karatel has traditionally been used in Russia to refer to the Nazi paramilitary forces that slaughtered Jews and Russians during World War II.

Along with the National Guard troops, the Russian authorities on May 5 used pro-Kremlin activists and paramilitary units, people dressed as “Cossacks” and wielding whip. By now Moscow has a long history of employing nonmilitary forces for special operations as a political cover. And just as in operations in Ukraine, where President Putin claims the fighting was done by volunteers and not by regular troops, so now he can claim that the protesters clashed with genuinely indignant concerned citizens supporting the president.

It turns that one of these paramilitary units, headed by a former FSB general, received 15.9 million rubles in contracts from the government of the city of Moscow, according to the online independent news service The Bell. The contracts were for “actions necessary to provide security during mass meetings.” The units were literally awarded money to learn how to fight protesters with whips.

These mass protests contrast sharply with the relatively peaceful domestic situation Putin faced during the first 10 years of his rule. In 2005–2010 the protesters rarely numbered more than 100 or 200, and most of them were over 60.

Now they number in the thousands and tens of thousands—a considerable figure if we take into account that everyone who takes to the streets faces a significant risk of being arrested, harassed and beaten. And they are mostly students and young adults.

This shift in the demographics and size of the protests coincided with a shift in Putin’s support base. Prior to the annexation of Crimea in 2014, Putin’s power base was the Russian elite, the corrupt bureaucrats and Kremlin-connected businesses that stole money in Russia and spent it abroad. Today most of these people must abandon their Italian villas and condominiums in Miami and transfer their money back to Russia, where it can fall prey to any twist of fate. No one can be happy about the prospect of losing hard-stolen millions. Therefore Putin’s power base is shifting to the underclass, the “lumpenproletariat,” in Marxist parlance: to the poor people who can’t feed their families and who bless every cent handed out to them by the government, to the jobless drunkards dressed as Cossacks and paid to attack protesters.

How can Putin whip up the enthusiasm of these people? It’s simple: by ginning up confrontations with the West. The 340,000-strong National Guard with its howitzers and “Chastisers” is there to deal with opposition, but to gain the support of the penniless and the poor, there is only one line of action available to Mr. Putin: he must convince them that all their suffering is due to the hostility of the West and is in the service of a higher cause

It is a grim prospect for both the Russian people and international peace. The more restless Russia becomes, the more Putin’s foreign policy course will bend lean on aggression.