Putin’s Goals in Ukraine and Their Consequences 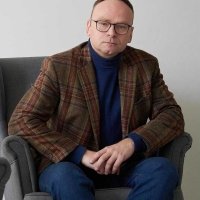 By Fedor Krasheninnikov on February 16, 2022

As is often the case, any seemingly straightforward reading of Moscow’s Ukraine strategy is likely incorrect. Assertions that President Putin wants to occupy another portion of Ukraine or the entire country through military means should be taken with a grain of salt. He is also unlikely to undertake a short-term occupation in order to conquer Kyiv and install a Kremlin-friendly government. A government constituted under permanent or even temporary occupation has no possibility of gaining international legitimacy.

For a new Ukrainian government to be recognized both domestically and internationally, the old one must concede that it is dysfunctional and dissolve, as happened in Afghanistan after the Taliban took over the country. Afghanistan’s former leaders could not form even a marginally influential government in exile.

What does Vladimir Putin want to accomplish in 2022? First, he wants Ukraine to acknowledge the change in Crimea's status and, as a result, the rest of the world to acknowledge it as well. All other countries would have no cause to oppose Russia's jurisdiction over Crimea if a legitimate administration in Ukraine did not do so.

Second, President Putin would like Ukraine to become a friendly, allied state within Russia’s sphere of influence. And third, he would like the West, particularly the United States, to acknowledge Russia’s special status—or, more precisely, Putin's special status—in Eurasia, particularly in the former Soviet Union's territory, and he would seek the lifting of most, if not all, sanctions imposed on Russia. He certainly has other objectives, such as those related to his domestic politics, but they are secondary to the above.

Obviously, these goals cannot be achieved via negotiations and by simply waiting for a change in political circumstances. No Kyiv government, provided it is legitimately elected, will recognize the new status of Crimea, or that of the Donbas, in case of its annexation. Ukraine's diplomatic efforts will deter other countries from doing so. Western powers are unlikely to acquiesce to Putin’s claims and historical-cultural arguments, especially after what has happened in recent months.

It is also obvious that Ukraine can be neither a friend to nor an ally of Putin’s Russia under these circumstances. Sooner or later the Ukrainian elites’ desire for the country to be integrated into Western political and military structures will bear fruit, thus removing Ukraine from the Kremlin’s neoimperial projects once and for all.

There is only one viable approach, in my opinion, that could help Russia’s leadership in transforming Ukraine into what the Kremlin wants. Months of pressure on Ukraine have the potential to wake up the network of Russian agents in Ukrainian politics, the economy, and the intelligence community. Furthermore, Putin correctly assumes that a major portion of Ukrainian society is unwilling to go to war or rally behind the country’s current political leaders, even if a national victory is the goal.

There is no realistic scenario in which the Ukrainian army could successfully resist a large-scale Russian invasion for a long time without assistance from NATO member states. Inevitable failures on the front lines would empower all the forces that are dissatisfied with the current government, which would only weaken Ukraine.

Should a military operation be carried out, Russian troops breaching Ukrainian defenses in multiple locations and reaching Kyiv would create conditions not only for the end of Volodymyr Zelensky’s regime but also for the collapse of Ukrainian statehood in its present form. The Russian army and pro-Russian forces deployed so that they reached the capital of Ukraine in one go thus would become a crucial factor in Ukraine’s domestic politics.

Obviously, military strikes would be accompanied by an intense propaganda effort claiming that Zelensky was incapable of ruling; that all governments that were in power between 2014 and 2022 had brought Ukraine to ruin; that the Ukrainian army was incapable of defending the country; that the West had betrayed Ukraine and Ukraine could not count on its assistance; that Russia was not going to occupy Ukraine but had come to free the people of Ukraine from a pro-Western government; and that the time had come to reconstitute Ukraine on new foundations, to avoid such situations in the future.

Consider the following scenario: the front lines are in shambles, the army has been defeated, the road to Kyiv is clear, and the West imposes more sanctions but refuses to go to war. In Ukraine's capital city, riots erupt in large numbers. Protesters call on the government to step down. Armed groups storm government buildings throughout the country as riots swiftly turn violent. President Zelensky, along with a portion of the pro-Western elite, resigns and departs the country. A transitional administration is built around a simple agenda: sign an immediate ceasefire with Russia (or with whomever Russia chooses, such as the Donetsk or Luhansk People's Republic) under any circumstances, and organize a constituent assembly election.

The idea of a federalized Ukraine could become foundational for the new government as it would allow installing a regime in Kyiv that would be convenient to Vladimir Putin, but at the same time would sweeten the pill for the residents of western Ukraine and help win over the support of ethnic minorities. Transferring considerable powers to the regions, including in language matters, would allow western Ukraine to preserve its identity while creating precursor conditions for the reintegration of Donetsk and Luhansk into the Ukrainian state. Naturally, foreign policy would remain in the hands of the federal government, which in this configuration would always be pro-Russian.

Russian soldiers would depart as soon as the new administration was constituted, and the new Ukrainian government would acknowledge the status of Crimea, sign all proposed accords with Russia, and forsake its ambition to join NATO. The formal foundation for the sanctions previously imposed on Russia would be removed once the Ukrainian government accepted the new status of Crimea. Meanwhile, Russia would accept part of the blame for downing Malaysia Airlines Flight 17 over Ukraine, while Ukraine would share the blame and accept Russia's assessment that Ukraine should have closed the airspace to planes but had not done so. Russia would pay compensation and, as a result, set the stage for the lifting of sanctions imposed in the aftermath of the jet accident.

Should this plan be executed, President Putin would emerge from the situation as an evident winner in the eyes of both external and internal observers, which would allow him to rule Russia for life without needing any additional sources of legitimacy. Rather than being an isolated country with a dying economy, Putin’s Russia would be the leader of a bloc of dependent states and thus an even more attractive partner for China and many other authoritarian and anti-Western regimes. The West’s defeat in Ukraine would have lasting consequences for the world economy and politics and would undermine the Western powers in both military and political senses. For the first time since the early twentieth century, an authoritarian militarist dictatorship would be at the vanguard of global politics.

That is why we must not allow this or any other Putin scenario for Ukraine to come to life. As long as Vladimir Putin is in power, Russia will remain a source of perpetual threat for its neighbors and a destabilizing factor in world politics.