The Reconstruction of Ukraine Should Start Today. The First Step Is Ukraine’s Safety

BY YURIY GORODNICHENKO AND IIONA SOLOGOUB

There are many discussions on the reconstruction of Ukraine underway and even a few specific plans, such as the one proposed by the European Commission. So far, the most comprehensive is the plan presented by a European “thinknet,” the Centre for Economic Policy Research. (Note: One of the authors of this piece was also an author of the CEPR plan.) In our opinion, any postwar reconstruction plan should be aplan for the modernization of Ukraine, not only in terms of physical infrastructure but also in terms of institutions. However, the prerequisite for implementing any plan is Ukraine’s safety.

We see the following elements as core to the reconstruction of Ukraine.

Building on Existing Progress
Since 2014, Ukraine has made remarkable progress in decentralization (devolving budgets and decision-making to local communities) and reforms in the banking and energy sectors. Ukraine has also launched judicial, health care, and educational reforms.

We believe a reconstruction plan should build on this progress rather than start from zero. It should use and strengthen decentralization by working directly with local governments on rebuilding or constructing residential buildings and public infrastructure.

At the same time, the central government should set the general framework for this reconstruction, such as standards for energy efficiency in buildings or a master plan for airports. Ukraine will need international expertise to ensure that it follows best practices and employs the best technologies available.

Ukraine’s EU Accession
As of 2020, the EU-Ukraine Association Agreement, signed in 2014, has been implemented at 54 percent of what was envisioned initially. In all likelihood, Ukraine will get candidate status to the EU and a road map for EU accession.

EU accession will be the key anchor for Ukraine’s institutional development.EU accession also implies much technical work on harmonizing legislation. The major institutional reforms needed for Ukraine are the judiciary and public service, which would increase investor protection and the effectiveness of policymaking.

Ukrainian Ownership of Reconstruction
To make modernization a success, Ukraine should own the reconstruction plan. Ukrainians (not only the central and local governments but also businesses and NGOs) should participate in developing and implementing it.

Mechanisms for transparency and control of the use of funds should be put in place. Mechanisms that already exist within the open-source government e-procurement Prozorro system could be used for this purpose, as could international audit and Ukrainian watchdog NGOs. To avoid crowding out Ukrainian businesses, reconstruction should rely on local producers and a local workforce as much as possible. Opportunities for employment in the reconstruction process are expected to attract refugees back to Ukraine.

Sustainable Development as a Goal
The reconstruction effort should lay the foundation for the sustainable development of Ukraine. This means using modern technologies to improve the energy efficiency of the economy and physical infrastructure.

It also implies an increase in the quality of human capital by continuing with education reform and developing cooperation between Ukrainian and Western universities. (The latter has already started and should be scaled up).

Another aspect of sustainability is minimizing Ukraine’s debt burden. Hence, there should not only be a preference for grants rather than loans but also for making the aggressor pay—for example, by using frozen (seized) Russian assets to rebuild Ukraine.

Private Capital Is Needed
Given the massive cost of reconstruction (the physical destruction alone amounts to $100 billion so far), the efforts of governments or international organizations alone will not suffice. Private capital, in forms like foreign direct investment, public-private partnerships, and joint ventures, is essential. But private capital needs safety.

Security Is Paramount
The above suggests that the key condition for any reconstruction effort is Ukraine’s security. Few would be willing to rebuild anything that can be destroyed by another Russian missile at any time.

Because the current regime in Russia cannot be trusted, successful reconstruction rests on Ukraine’s military victory. Or, equivalently, Russia’s military defeat and the subsequent demilitarization of Ukraine. Its security and the restoration of its sovereignty must come first in any discussion of reconstruction.

One milestone of this military victory will be the unblocking of Ukrainian ports. Ports process about 80 percent of Ukrainian exports, and the railroad is not able to substitute for ships at this volume. Unblocking ports implies either military convoys in the Black Sea or supplying Ukraine with anti-ship missile systems so that the army can unblock the Black Sea.

Unblocking ports is crucial not only for Ukraine’s export revenues but also for averting global hunger, which, according to some estimates, may start within weeks. At the Davos forum, for example, David Nabarro, a special envoy to the World Health Organization, warned that 94 countries are at risk of severe hunger or famine and that surging consumer prices threaten disruption.

After the victory, reorientation of foreign trade from East to West, in terms of both physical infrastructure and procedures, will be paramount. 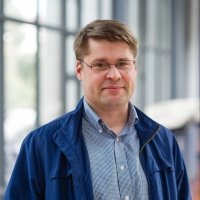