Revelations about a New Lebanon 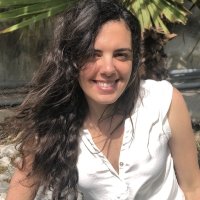 With emergence, we may allow the collective action of local talent to engender a global order, behavior, or wisdom.

We, the Lebanese, like to identify ourselves with the Phoenicians. It may be that we derive most of our ancestry from the Phoenicians and fancy the idea that we have been handed down mastery of the sea, trade, the alphabet, and the purple dye… But little did we know that we might also have been handed down the difficulty in acting as a stable collective. As archeologist Ali Khalil Badawi told me, Phoenicians lacked a ‘national feeling’, which was one of the reasons why they were eventually defeated by the Romans in Carthage in 146 BC. That might also explain the absence of public spaces in Phoenician ruins. They did not dedicate space for baths, circuses, basilicas, or arenas for people to meet and interact like the Romans did. When I expressed my worry that the current absence of public spaces and failure of public services in Lebanon might be deeply and hopelessly engrained, Mr. Badawi, added: “But civilizations can and do evolve.”

It is not easy to write about a ‘new Lebanon’ under the current dire circumstances - it almost feels queasy. But I will allow myself to share a couple of visions I had which gave me hope that maybe a new reality is not so farfetched.

The first vision happened right in the middle of the highway, where we mobilized without a call; where we parked our cars considerately - as if by design - but without signs; where we debated solutions to our collective conundrums without personal agendas; where we moved and danced without choreography; where we sang and made our voices heard nationally and internationally through the media without censorship; where we exchanged food and information without currency; and where we stood hand in hand redefining our highway without divides.

The Lebanese revolution of 2019, known as the October 17 Revolution, which protested the country’s debilitating economy and condemned the sectarian and corrupt political establishment, began with an impressive momentum that mobilized with agility but no leadership. Even when the president announced that he would only negotiate with a leader, the revolution didn’t deliver one. Many eventually believed that the lack of leadership and organized strategy were among the reasons why the momentum of the revolution couldn’t be sustained.

I remember not wanting to document the protests in any way because I wasn’t ready to filter it through a lens or recorder. I wanted to experience it, live it fully and firsthand. Because what I saw in that moment was an instant of live human emergence. It felt like some sort of revelation: perhaps the revolution couldn’t make a leader because, consciously or not, we lost faith in the idea of the one superhero leader. In the book Emergence: The Connected Lives of Ants, Brains, and Software, Steven Johnson argues that the term “local” is the key to understanding the logic of emergence. It is looking at the street level and paying attention to our immediate neighbor. “Local” is thinking and acting locally, rather than limiting ourselves to the orders handed down to us. So, with emergence, we may allow the collective action of local talent to engender a global order, behavior, or wisdom. Maybe it is time to drop the misconception that the queen ant rules the colony.

The second vision occurred more recently when the high of the revolution became muffled by Covid-19 restrictions, devastation brought by the Port of Beirut explosion, and further deterioration of the economy. The vision happened in a dream where I was on a public bus that was swiftly moving across the cities of Lebanon along a beautiful coast. It was not only a public bus, but also a truck that collected neatly compressed recycling parcels from checkpoints along the way. There were no designated workers on the bus; rather, the commuters were the workers. Once a parcel was picked up, it was handed from one set of hands to another until it reached its place on the bus. I was sitting at the window enjoying the green and blue hues outside, while fresh air was blowing in my face, carrying me into another dream.

If my mind could fathom such visions, then surely there are other minds that can fathom them too. And if they can be imagined by minds, they can be manifested into action, as well.