Russia’s censorship agency, Roskomnadzor, has been trying to block a popular messaging app, Telegram, for a year and a half now. The agency’s head, Alexander Zharov, recently compared his struggles with Telegram’s engineers to a “fight between a projectile and an armor,” and with good reason: the agency has been unable to come up with a technology strong enough to pierce Telegram’s security “armor.” It is interesting, in this respect, that a state agency sees itself as an attacking force, not as a defense and security body.

This is characteristic of the way the state and society interact in today’s Russia. The state is trying to break society’s back with armor-piercing intimidation campaigns, while society regroups and grows even stronger armor in response. Separate phases of this process have been described before, but in this piece I will take a broader look at Russia’s state-society dynamic.

In Russia, pre-election procedures are meant to filter out the undesirable candidates. For example, in Moscow this past summer prospective candidates for Moscow’s city council elections had to collect signatures from at least 3 percent of their respective electoral precinct’s residents to be able to start campaigning. In 2014, during the last elections, collecting thousands of signatures during a vacation season proved an insurmountable barrier. In 2019, opposition candidates came prepared and not only collected the necessary signatures but were able to build well-organized support groups around their candidacy.

This time it was the authorities who were unprepared and, on flimsy pretexts, rejected the paperwork. Independent candidates were not allowed to run. This decision caused the candidates and their campaign staff to start a protest movement, which attracted broader support than anyone had expected. Moscow’s normally sleepy council elections thus prompted a series of surprisingly vibrant street rallies.

Some of the rejected candidates were close allies of the anti-corruption crusader Alexei Navalny, who devised a tactical voting campaign designed to thwart pro-Kremlin candidates. The authorities’ pressure energized the protesters and helped them get out the vote. As a result, a number of independent candidates, including communists, won seats on the Moscow city council, while the city-backed candidates lost several important districts.

The authorities decided to counter the opposition’s mobilization with a new wave of repression. To scare off prospective protesters, the Investigation Committee initiated a string of criminal cases that became known collectively as the “Moscow Affair.” The police searched Navalny’s Anti-Corruption Foundation’s offices throughout Russia and broke into Navalny’s colleagues’ homes. Fourteen people who took part in the protests or who just happened to be passing by were charged with criminal offenses and sentenced to years in prison.

In response, some nongovernmental organizations and activist groups began to identify as effective proto-parties. The network of Navalny supporters during the Moscow elections was not just an active political player, it shaped the entire campaign’s agenda. Navalny’s tactical voting campaign was controversial, but his political network was successful in coordinating the vote, a feat that did not pass unnoticed by both the Kremlin and opposition campaign managers. Those electoral tactics will surely become a feature in Russia’s future elections. Russia’s Libertarian party and one of its leaders, Mikhail Svetov, gained a lot of publicity during the protests (Svetov was sentenced to 30 days in jail for participating in an unsanctioned rally against candidate exclusion). The group is now a recognized political force, though it has never officially registered as a political party.

The crackdown helped parts of society consolidate against what many now saw as a state-run campaign of police brutality and lawlessness. In September, representatives of various civil and professional communities spoke out in support of the victims of the Moscow Affair. Lawyers, academics, Eastern Orthodox priests, actors and filmmakers, schoolteachers, university students, doctors, publishers, IT specialists, historians, journalists, musicians, artists and art curators, representatives of charitable nonprofit organizations—all issued their respective open letters against Moscow’s campaign of repression. Actors and students of Moscow’s drama schools organized picketing of the entrance to the offices of the Presidential Administration in central Moscow. Popular rap artists and actors filmed videos of mock trials. Lawyers filed complaints requesting a symbolic honorarium of 212 rubles and 10 kopecks, a sum referencing Criminal Code Article 212.1, which is often viewed as intentionally repressive. The article punishes serial breaking of the rules of mass gatherings and is often applied to people who do not break any rules but who regularly show up at rallies.

The scale of the public resistance forced the authorities to make some tactical concessions. Moscow courts started to moderate their rulings. In some cases sentences were reduced, in others the charges were dropped entirely.

Certain broader consequences of those events are even more important than the Kremlin’s immediate concessions, however. When institutional forms of dialogue with the authorities are blocked and the state speaks to society only in the language of crackdowns, society comes up with new forms of public representation. Open letters, picketing, and flash mob campaigns have been used before, but they have now become integral to Russia’s everyday public life.

Across multiple professions, people have learned to coordinate their efforts. This newly developed corporate solidarity is a formidable development because it has attracted those who were not previously involved in politics, the political analyst Kirill Rogov noted recently. Like their Soviet forebears, post-Soviet Russian authorities have worked to prevent professional communities from acting in solidarity.

Taking a Political Stance Is Trendy

The right to speak on behalf of a corporation or a professional community has normally been reserved for the head of the organization. People would usually express their political opinions in a personal capacity rather than identifying their professional affiliation. The September wave of collective letters is remarkable for the signatories’ willingness to speak on behalf of their professional organization and to spell out how their affiliation aligned with their civic stance. Priests invoked their pastoral duty to intercede for those arrested, teachers reminded the public of the importance of an open conversation with students. Doctors spoke of the impossibility of acting against their patients’ interests and of the ill effects on health of an atmosphere of fear. Prompted by journalists, many high-profile signatories went on to make more public statements and to engage in public acts of defiance. Several priests who signed an open letter showed up in court to offer their moral support and pledge for one of the prisoners.

Russia’s youth have also begun to overcome their reticence about engaging in public activism. Musicians, YouTubers, and opinion leaders among Russia’s younger generations, who until recently tended to stay out of politics, have now begun to express political opinions in their lyrics and public activity, bridging society’s generational differences.

In these and several other ways, the authorities’ de facto strategy of throwing projectiles at Russian society has contributed to communities mobilizing, professional groups stepping out politically, and society in general growing a thicker armor. 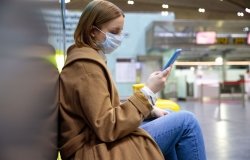 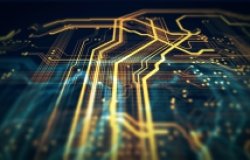