Russia’s Muslims Are as Diverse as Their Experiences 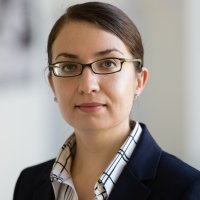 Russia’s current Muslim population is estimated at about 15 million, accounting for about 10 percent of the country’s total population. These numbers do not include about 4–5 million migrant workers, predominantly from Central Asia.

A number of estimates suggest that by 2050, Muslims will represent from one-third to almost one-half of all Russian citizens—a trend echoing demographic predictions based on the 1979 Soviet census.

This striking projection, however, is based on a number of factors that are in flux, making the prognosis highly speculative. Among these factors are, in particular, migration rates from Central Asia, as well as fertility rates among Muslims in Russia’s North Caucasus. Both must continue at a steady or growing pace to support the high projections. At the same time, the numbers do not take into account a decline in Russia’s indigenous Muslim populations in the Volga-Ural region. This means that an increase in Russia’s Muslim population is more likely to occur at a more moderate level.

Nevertheless, the growing Muslim demographics is often interpreted as a cause for worry for the Russian government, the country’s citizens, and the rest of the world.

That worry stems from the following assumptions: (1) Islam dictates every aspect of a Muslim’s life regardless one’s actual religious beliefs or life experiences, so a growing Muslim population is presumed to be a homogeneous mass that must think and act in a certain way. (2) That certain way of thinking and acting, if not already radical, is fruitful soil for radicalization and therefore needs to be controlled. (3) The Kremlin (and the regime in power) will have a new challenge in controlling this growing Muslim mass and may or may not succeed. In other words, it is presumed that the growing Muslim population will undermine the very core of the Russian national identity (which is assumed to exist in the first place), bringing on instability, chaos, and, possibly, Russia’s final demise.

To understand how accurate these predictions are and what impact they might have on Russian society and the country’s future, we must look at the people at the core of the issue. First of all, who are Russia’s “Muslims”?

The latest (2010) census data are based on people’s self-reported ethnic identity, not religious affiliation or degree of religiosity. As a result, all Tatars or Bashkirs, for example, would be counted as Muslims based on their historical and cultural association with Islam, regardless of actual beliefs.

Having spent the last ten years studying Muslims’ experiences in the central Russian region of Tatarstan, I have observed that even within the same republic, historically Muslim Tatars may hold vastly different views and identify in a variety of ways that often have little to do with Islam.

When in the summer of 2015, I conducted a semiformal focus group among a group of ethnic Tatars with whom I had attended college, I was surprised by the results. Even though Tatarstan has been a part of the Russian territory for more than 500 years, followed by the Soviet-era cultural and religious assimilation, my expectation was that the relative religious freedom of the past 20 years would have contributed to Tatars’ increasing interest in Islam, to varying degree, across the board. That turned out not to be the case.

In this particular group of Tatars, none were practicing Muslims. Three were married to ethnic Russians and one of the fifteen had converted to Orthodox Christianity. The only Tatar woman married to another Tatar expressed no interest even in life-cycle-marking Muslim rituals such as nikakh (a Muslim marriage ceremony) or isem kushu (a name-giving ceremony for a baby) that are generally believed to be observed even by nonpracticing, “ethnic” Muslims. “Why?” she answered with surprise at the question, while drinking alcohol with their evening meal—a practice that would be frowned upon by practicing Muslims.

Boys practicing a call to prayer during a summer camp at the Yardam mosque in Kazan. Photo by Liliya Karimova

From what I could tell, my contemporaries—all educated professionals in their mid-thirties—were more preoccupied with maintaining and securing the comfortable lifestyle they had been able to achieve following their university graduation fifteen years earlier. All were gainfully employed, well-traveled, and had little interest in politics or religion.

And just a few years earlier, I had been intrigued by a number of Tatars celebrating the Day of the Republic (a holiday marking Tatarstan’s signing a declaration of its sovereignty from Russia, a document that now has symbolic rather than political significance) in downtown Kazan with beer and pork—items that practicing Muslims typically would not consume because both alcohol and pork are prohibited in Islam. That particular year, the holiday happened to fall in Ramadan, a month during which observant Muslims fast from dawn to dusk. While an increase in Tatarstan’s registered Muslim communities (from 18 in 1988 to over 700 in 1998), number of mosques (from 18 in 1988 to 1,382 in 2013), and number of pilgrims to Mecca (from about 200 in 2004 to about 700 in 2016) does point to a religious revival taking place in the republic, this revival is not absolute.

Sociological studies that measure religiosity also suggest that a Muslim religious revival has been taking place in Tatarstan, but at a moderate and fluctuating pace, and with varying outcomes. According to one deputy to the head of the Spiritual Muslim Board of Tatarstan (an official  regional-level Muslim administrative  body), the proportion of practicing Muslim Tatars (those who were observant on a daily basis) in 2010 was only about 10% of Tatarstan’s Tatar population. But even those practicing Muslim Tatars have had diverse life experiences that shaped—and are shaping—their views, identities, and loyalties in dissimilar, sometimes unpredictable ways.

I have met young Tatar women who observed modest dress, including the headscarf, but decided to stop wearing the headscarf to improve their career prospects. They still identified as Muslim, but the way they observed Islam—at least when it came to dress—had changed over time.

I have met others who remained steadfast in their decision to dress modestly despite their Tatar parents’ disapproval. The parents believed that Russia’s Muslim women, Tatar women in particular, never covered their head on a regular basis and that what their daughters were doing was a foreign practice. This is a common but factually unfounded belief among many Russian citizens, including President Vladimir Putin himself, who commented on a headscarf ban in the Stavropol region during a 2012 press conference.

I have met practicing Muslim Tatars who firmly tied their future to Russia, as well as those who aspired to immigrate to “the West”—Europe, the U.S., or Canada, parts of the world associated with economic stability and democratic governance—in hopes for a better future. I have met a smaller number of practicing Muslim Tatars who wished to live in a majority-Muslim country but had no resources to make the move.

I have met a former Hizb ut-Tahrir member (a group that is considered extremist in Russia and banned there) whose husband was jailed three times on various extremist-related charges. The Tatar woman’s story revealed that the couple found themselves part of the group while trying to improve their rudimentary religious knowledge. Hizb ut-Tahrir members they accidentally came in contact with seemed to be knowledgeable about Islam and could meet their need. According to the woman, that was the case with many other group members, whose lives were very much local, even if at one point their religious sentiments were tied to the idea of building a Muslim ummah (a global Muslim community)—a central tenet of Hizb ut-Tahrir’s philosophy.

The multiplicity and diversity of the view expressed by official regional Muslim religious organizations in Russia (currently, more than 40 organizations) also reflect the diversity of Russia’s Muslims. Tracing their roots to the Orenburg Muslim Spiritual Assembly—the first official Muslim administrative body, established by Catherine the Great in 1788—these religious organizations enjoy little moral authority among laypeople. Not unlike in Soviet times, they are often seen as puppets of the state. However, the varying positions these Muslim organizations assume vis-à-vis Islam and one another makes it hardly possible to speak about “the Muslim world” within Russia. And the Kremlin rarely represents (or understands) the religious dynamic on the ground.

Ultimately, Islam informs Russia’s Muslims’ daily lives and political views in diverse ways, sometimes having no impact on their existence, as the case of my former collegemates illustrates. Just like the majority of people around the world, Muslims in Russia are preoccupied with their daily lives: families, jobs, access to health care and education for their children. Even if a Russian Muslim feels sympathy for other Muslims at home or in other parts of the world, that sympathy is unlikely to supersede his or her other identities, realities, and loyalties—to family, local community, and the country he or she lives in and calls home. And, barring dramatic circumstances that would result in the country’s economic and political instability or violent conflict, this is unlikely to change in the near or distant future.