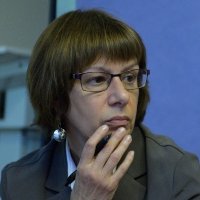 The hardening of the Russian political regime in recent years has prompted some observers to characterize it as “totalitarian.” An attempt to describe the current in the language of the bygone is understandable, but hardly effective.

For all the new constraints, today’s Russian government mostly leaves alone people at large. It does not exercise preliminary censorship, or seek to control every aspect of citizens' lives, or inculcate an all-encompassing ideology. Nor does it have one. In today’s Russia, choices are broader, whether in the material or the spiritual realm, than at any time in the Soviet Union; life is still freer and much more diverse.

In 1999, Vladimir Putin inherited a Russia in a state of misery and turmoil. In his "Millennium" manifesto of that year he described Russian society as “split and internally disintegrated.” He reiterated this concern on several occasions in the following years and repeatedly called for civil accord as a prerequisite for national development. Though Putin favored the word “reconciliation,” in fact the Kremlin’s policy was that of pacification and demobilization.

Divisive issues, such as historical narratives, national identity, holidays, or heroes, were deemphasized; public debates were marginalized; and very soon unwanted passions subsided, the public grew acquiescent, and stability set in. The Kremlin was not offering a unifying idea (“I am against the restoration of an official state ideology,” Putin wrote in his manifesto). Instead, the government opted for evasiveness when it came to divisive issues. The sociologist Boris Dubin has referred to the Russian state of the 2000s as “nonintrusive” (vlast’, kotoraya ne “dostaet”).

Thanks to the high and rising price of oil, Putin’s government was also able to deliver relative prosperity. The combination of stability and prosperity enabled the Kremlin to consolidate political legitimacy.

By 2012, however, the regime's legitimacy was visibly eroding. Mass anti-Putin protests erupted in Moscow and other urban centers; people took to the streets chanting “Russia without Putin.” The Kremlin’s response was twofold: it tightened political controls and suppressed unwelcome political activism. In addition, it shifted into an ideological gear—the “nonintrusive” state began to encroach on people’s private and public spaces. The Kremlin consistently smeared the protesters as the “fifth column” of the West and pitted the pro-Putin majority against their unpatriotic compatriots. This called for a more definitive ideological line: if the modernized and Westernized protesters were unpatriotic, then patriotic Russia had to be “traditional,” anti-Western, and antiliberal. New constraints—legal, administrative, and otherwise—included restrictions on civic and religious organizations and bans on “gay propaganda,” the “offense of religious believers’ feelings,” the use of “foul language on TV and in film,” inappropriate interpretations of the events of World War II, and so on.

The ideological operation was roughly three-pronged, with a focus on great power (derzhavny) nationalism, an antiliberal and anti-Western stance, and “traditional values” (or moral conservatism)—all three, of course, being closely entangled. It should be noted, however, that the new focus on “ideology” notwithstanding, when it came to concrete historical events, facts, or figures, the Kremlin’s message was still evasive and uncertain. Russian nation-building remained incomplete: the new Russia that had never existed under this name or within these borders has rejected the concept of an origin of statehood and is vague on whether its identity is russky or rossijsky.

This ideological line, along with the repressive policies, further hardened after the annexation of Crimea. The return of Crimea to the Russian fold, as it was perceived by an overwhelming majority, generated an almost universal surge of enthusiasm, even euphoria, the so-called “Crimean consensus.” The West’s condemnation followed by sanctions produced in Russia the sense of a fortress under siege. As the West punished Russia for what its people universally regarded as a reinstatement of historical justice, a victory that made them genuinely proud, rallying round the leader became a matter not just of loyalty and national security but of national identity. Those rejoicing over “Crimea is ours” and supporting Putin were patriotic; those few thinking otherwise were deemed “un-Russian,” maybe even traitors.

The raw jingoistic propaganda on TV that accompanied the war in the Donbas deepened this new national unity; the regime’s legitimacy was reinstated with a vengeance. But this was a legitimacy of a different quality: the Kremlin switched from its preferred policy of demobilizing the public into a mobilizing gear. This shift gave rise to a bellicose spirit that inspired quite a few Russian men to fight for the “right cause” in eastern Ukraine. Igor Strelkov, a former security officer and an ardent proponent of Russia’s advance into Ukrainian territory, rapidly evolved into something of a new national hero.

Apparently, these belligerent passions made the Kremlin uncomfortable. Sometime in 2015 the TV propaganda was toned down, some of the warmongering figures were removed from the screen, and Strelkov was forced to return to Russia from the Donbas. But while the Kremlin has managed—again—to mollify public passions, the resort to ideological tools has worked to invigorate conservative “ideological entrepreneurs” of various strains—the Russian Orthodox Church (ROC), the Communists, the military-industrial complex—that are definitive and vocal (and sometimes violent) where the Kremlin is intentionally uncertain and evasive.

In a striking example, during the centenary of the Bolshevik revolution, the ROC commemorated it as a tragedy and mourned the clergy executed by the Bolsheviks, while the Communists celebrated the revolution as a glorious historical event. Reluctant to take sides and aggravate the differences, the Kremlin kept silent and left the stage to those keen to pursue their own narratives.

Putin and his government are also silent on Stalin and do not offer the nation a “correct” perception of Stalin beyond admitting that he is a controversial figure. Russian Communists continue to worship him and lay wreaths on his grave (most recently in March, on the anniversary of his death), while anti-Stalinists hold a yearly commemoration of the victims of Stalin's terror. A first-ever national memorial to the victims of political repression was erected in 2017 on Putin's initiative; Putin attended the opening ceremonies and gave a speech. Meanwhile, Communists have erected around Russia dozens of “private” busts of Stalin (Soviet-era statues of Stalin had been removed as far back as the early 1960s), though they are not real statues and are not placed in prominent locations, which would require official permission.

The Kremlin is equally evasive on Lenin, whose name and images are still ubiquitous (and whose body is still kept in the Mausoleum). On the rare occasions that Putin has mentioned Lenin he has sounded resentful, as, for instance, when he referred to Lenin’s government’s decision to withdraw from World War I and “capitulate to Germany” as “national treason.”

There is essentially a single event in Russian history, the victory in World War II, which enjoys broad national consensus, and scarcely any consensual political figure, whether of the Soviet era or earlier historical periods. The commemoration of emperors and czars that has recently become trendy has produced new statues. Putin attended the unveilings of sculptures of Alexander I and Alexander III, yet neither has become a popular figure. Meanwhile the ROC and many among Russian Orthodox believers worship Nicholas II as a saint. Putin, however, hardly appreciates the last Russian emperor, who failed to preserve his country or protect himself or his family. Even Ivan the Terrible has his admirers, and a statue was recently erected to him in the city of Oryol.

The Kremlin is radically opposed to any form of activism and makes sure no group or individual gains broad moral or political authority that might interfere with its policy of demobilization. It may tolerate a degree of ideological diversity—ranging broadly from monarchism to communism, from liberalism (and even feminism) to religious fundamentalism—but only as long as the ideology in question does not foment strong sentiments or, worse, provoke violence, as in the case of conservatives vandalizing art exhibits or religious fundamentalists setting a movie theater on fire as a protest against a film that in their minds was irreverent toward Nicholas II.

The nation is hardly united over “traditional values,” which have been one of the key elements of the Kremlin’s ideological operation. While “traditional values” is generally accepted as a rhetorical formula, its substance is vague; and here, too, the Kremlin remains evasive. The very idea of tradition is controversial, in light of the formidable ruptures of Russia’s twentieth century. Today’s Russia is an urbanized and predominantly secular culture. The ROC may be respected as a pillar of Russianness, but it is not recognized as a moral authority: its radical stance on abortion is shared by a small minority, its interference in education and art is not appreciated, and its attempts to build churches in public spaces not infrequently have led to protests.

The Kremlin does not place undue emphasis on “traditional values,” and one would never guess from looking at TV entertainment on state-controlled TV channels that this is a country of traditional values. Russian TV series are rife with adulterous men and women, drug dealers and substance abuse, the sex trade (all these elements are present in a series with the telling title Ordinary Woman), and even hints of same-sex relationships. One of the most popular TV shows is somewhat similar to The Jerry Springer Show.

In recent months, political observers have begun talking about the wearing out of the Crimean consensus. After the announcement of the pension reform, Putin’s approval and trust ratings significantly declined, and the general public mood has deteriorated as a result of falling living standards and little prospect for socioeconomic improvement.

Should the Kremlin’s ideological operation then be deemed a failure? Not really.

Even if the incorporation of Crimea into the Russian Federation is no longer conducive to nationwide agitated optimism, it still finds almost universal approval (86 percent, in the latest poll). Along with victory over Nazi Germany in World War II, the “return of Crimea” has become a consensual positive event and has given a powerful boost to great power nationalism. In late 2018, 75 percent believed that Russia was a great nation, the highest figure ever recorded in Russia’s post-Soviet history. And at least for now, protest sentiments, which had risen sharply after the announcement of the pension reform, are gradually declining.

Without inculcating definitive ideas or imposing ideological authority, and despite the socioeconomic decline, the Kremlin has managed to sustain a kind of national consensus—but it is a consensus of acquiescence rather than unanimity.