Q:For authoritarian governments, like those in Cuba, Nicaragua, and Venezuela, it is standard procedure to censor the press and severely restrict freedom of expression. Recently, however, we have seen some of these tactics employed by democratically elected leaders in Latin America, including in El Salvador, Guatemala, Mexico, and Peru. Throughout the region, journalists face surveillance, verbal attacks by presidents and violence from criminal organizations, judicial harassment, financial strangulation and restricted access to public records. What explains this trend?

A: Understanding why this trend is occurring requires shifting our traditional, Cold War, left-versus-right optic to a democrat-versus-illiberal autocrat optic. Nicaragua, Cuba and Venezuela are self-proclaimed socialist regimes. But their ideology hardly matters because on page two of the authoritarian leader’s handbook, regardless of political philosophy, we find that intimidating or silencing critics is a core objective. In a weak democracy, authoritarians play the populism card, capitalizing on widespread discontent. Their message is frequently so polarizing, so categorical that it doesn’t allow for the fact-finding and civil discourse a free press provides in support of democracy. Holding up truth to power, insisting on government accountability and calling out transgressors – that’s the press’s stock in trade. And would-be autocrats, regardless of ideological stripe, cannot abide it. Ergo, we see the free press and journalists under siege throughout the region where these leaders exist. Ultimately, society pays the greatest cost as it loses its right to be informed.

Q:Not surprisingly, attempts to inhibit independent journalism in Latin America are increasing in a period of widespread democratic backsliding, including broad attempts by some governments to rein in civil society organizations, such as measures to limit foreign sources of income. Traditionally, journalism is a watchdog that helps protect democratic institutions and hold leaders accountable. Given government hostility toward the press in many parts of the region, can Latin America’s news media still perform that function?

A: At the Center for Media Integrity, we believe that Latin America and the Caribbean’s media professionals not only can, but that they must perform these essential democratic tasks. Our aim is to support them by cultivating, incentivizing and networking the human capital – multimedia journalists, editors and social media influencers – that produces fact-based journalism and opinion to inform and educate citizens. This is, in fact, a monumental challenge, and we are just one small part of the solution. More attention must be paid to finding viable financial models for journalism’s multiple platforms. Greater civic education is required to establish higher standards of digital literacy. More concerted efforts must be made by innovative civil society and private sector partnerships to counteract state-sponsored disinformation. All this work is necessary to ensure that, in the face of growing government hostility toward media, citizens are not deprived of their right to know and understand what their leaders are doing.

Q:In addition to hostility from increasingly autocratic leaders, the news media in Latin America, as in other regions, is suffering from immense financial pressure. How can governments, including in the United States, and international human rights groups better protect freedom of expression from these diverse and intersecting threats?

A: High quality journalism costs money. Period. The traditional media business model that used advertising revenue as the main source of funding for print and broadcast media has been turned on its head in the digital age. With greater internet penetration across the hemisphere, more citizens are getting news and infotainment from online sources, which is where most advertising has gravitated. This leaves traditional print media bereft of its main source of financing, which is why print newspapers are disappearing fast, especially local papers. This creates “media deserts.” It doesn’t take long for disinformation and misinformation to proliferate in these vacuums, mostly on social media platforms. Across the hemisphere today, entire communities suffer from this “media malnourishment.”

In general, news media should not be directly funded by governments; it undermines its credibility. However, governments do have a critical role to play in ensuring that a healthy media landscape not only survives, but thrives. Clear enunciation of a government’s commitment – in word and deed – to allow for freedom of expression, the free exchange of opposing viewpoints, the protection of journalists as a special class of democracy “workers” – all these steps should be taken by responsible democrats, even when media turns its gimlet eye on the political leadership du jour. Those governments that do not support a free and independent media, or are not willing to set the regulatory stage upon which a free media industry thrives, risk degrading the quality of their democracy.

Q:At the Organization of American States, you recently launched the Center for Media Integrity of the Americas. As the center’s first executive director, what are your goals for this institution? How will the center help protect freedom of the press, promote investigative journalism and assure access to the quality information that is the lifeblood of any democracy?

A: The center is affiliated with the OAS because it is the premier hemispheric organization that has at the core of its mission the promotion of democracy in the Americas. In that regard, I see the Center for Media Integrity as an independent, enabling partner of the OAS. As our colleague on the center’s Board of Advisors, Rapporteur for Freedom of Expression of the Inter-American Commission on Human Rights Pedro Vaca, has said, “it is not possible to speak of a genuine democratic system without guarantees for free and independent journalists and media.” Simply put, our goals are to support hemispheric democracy by strengthening the exercise of free and independent media.

Since we are a partnership-financed organization, to avoid any potential conflict of interest, we are not looking for funding from any OAS member state, so fundraising from private sources will be a constant goal of mine as executive director. Similarly, I am involved in the development of the seminar curriculum with our excellent partners at the Philip Merrill School of Journalism, The Washington Post and the Gabriel García Márquez Foundation in Colombia, as well as organizing our conferences and public speaking events. To date, our various partnerships have prospered, and it has been my fortuitous experience that most interlocutors heartily agree with our assessment of media in crisis, and support our goals of addressing this fundamental democracy issue. 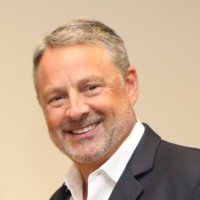 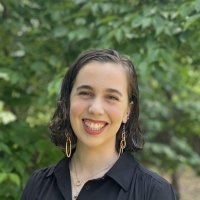