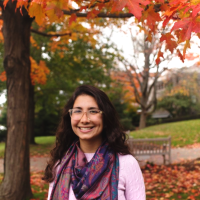 On June 9, President Alberto Fernández ordered the nationalization of Vicentin, one of Argentina’s major exporters of soy-based products. He justified the decision by describing the takeover as an effort to rescue the firm from bankruptcy and prevent a foreign acquisition. The decision was controversial, igniting debate over both the wisdom of the executive order and its constitutionality. Massive protests broke out throughout the country, and Mr. Fernández has since stepped back from the nationalization, acknowledging he miscalculated the public response.

Though the Vicentin decision was unexpected, it was only one of 52 decrees of necessity and urgency (DNUs) Mr. Fernández has signed since his inauguration in December. That pace – 7.2 DNUs per month – is the greatest reliance on executive orders among Argentina’s last six presidents. The last president to rely more on DNUs was Eduardo Duhalde (2002-2003), who presided over the immediate aftermath of Argentina’s 2001 economic meltdown.

To be fair, DNUs, as the name suggests, are designed for exceptional circumstances that require swift government action, and Mr. Fernández’s presidency has been defined by extraordinary national trials. He inherited a debt crisis, and after only three months in office, Argentina reported its first case of COVID-19. Early in the pandemic, Argentina’s congress struggled to open up under a national lockdown. Still, executive orders, in Argentina and elsewhere, are ripe for abuse, and Mr. Fernández’s rapid clip is consistent with a worrisome concentration of power among heads of state throughout Latin America.

Prior to COVID-19, Mr. Fernández had issued 12 DNUs, which he justified by citing an economic emergency. These executive orders addressed issues such as public debt and capital controls. But the pandemic has turbocharged his use of DNUs.

On March 12, Mr. Fernández issued his first pandemic-related DNU, declaring a year-long public health emergency. The executive order included regulations regarding social distancing and self-reporting of symptoms, banned international flights and prohibited public events. Since then, Mr. Fernández has issued an additional 33 DNUs related to the coronavirus, including an order closing national borders and another establishing an emergency public assistance program.

Since Argentina’s democratization in 1983, the use of DNUs has been controversial. President Carlos Menem (1989-1999) was notorious for governing by executive order, as he carried out drastic pro-market reforms. Mr. Menem had inherited a country beset by hyperinflation and rising poverty. To avoid resistance from congress and courts, he trampled upon institutional checks and balances, including by packing the supreme court. By the end of his first term, he had signed a record 336 DNUs.

In 1993, Mr. Menem sought to amend the constitution to allow for his re-election in 1995. He and former President Raúl Alfosín signed the Olivos Pact that assured opposition support for the constitutional reforms of 1994. For Mr. Menem, the cost of that deal included a reduction of his power, such as a shortening of the presidential term from six years to four, and new constraints on a president’s reliance on DNUs to limit their use to actual emergencies. But the reform failed to temper DNU use, and Mr. Menem’s signing of executive orders actually increased, from 6.3 per month to 7.8.

In 1999, Argentines elected centrist Fernando De la Rúa as president. He led Argentina in a period of economic and social chaos, and is remembered for a notorious DNU, in December 2001, known as the “corralito,” which severely restricted cash withdrawals and sparked violent demonstrations. Mr. De la Rúa resigned on December 20, 2001, escaping the Casa Rosada in a helicopter.

The next month, January 2002, lawmakers selected Eduardo Duhalde as interim president. As he sought to overcome the economic crisis, including the fallout from a $100 billion default, Mr. Duhalde signed an average of 9.6 DNUs a month.

Argentina’s economy and politics stabilized after 2003, and the number of DNUs began to decline. Mr. Duhalde’s successor, Néstor Kirchner, issued only 4.3 DNUs per month in his four years in office. Mr. Kirchner’s successor, his wife, Cristina Fernández de Kirchner, used the power even less often in her eight years in office, issuing only 0.8 DNUs per month, partly because she enjoyed a generally supportive congress. But DNUs remained a potent tool. Among Ms. Fernández de Kirchner’s executive orders included the 2010 sacking of the central bank president and the 2012 expropriation of the state-owned oil company YPF.

President Mauricio Macri won the 2015 election on a platform to increase institutional accountability and transparency. Overall, he issued only 1.3 DNUs per month, despite presiding over the country’s worst economic recession since 2001. Many of the DNUs he signed related to the economy, including the re-implementation of price controls he had removed shortly after succeeding Ms. Fernández de Kirchner.

For Mr. Fernández, the renewed prominence of the DNU is clearly due to the country’s economic and public health crises. Argentina, locked down for more than 100 days to slow the spread of COVID-19, is suffering a devastating economic contraction, even as daily cases rise.

Still, although most of Mr. Fernández’s DNUs are directly related to the pandemic, he has also used executive orders to advance controversial economic policies, such as the Vicentin nationalization, provoking renewed concerns about excessive presidential power in Argentina.