The East European '1968' and its Legacies

We are now half a century on from the tumultuous events of the year 1968: the Tet Offensive in Vietnam, the assassinations of Martin Luther King and Robert Kennedy, the Cultural Revolution in China, the Prague Spring and the resulting Warsaw Pact invasion of Czechoslovakia, and, above all, student unrest across Europe and the wider world.

Much media attention in recent weeks has focused on the West European and American ‘1968.’ Some commentators, including the British journalist Nick Cohen, have drawn interesting parallels between the rise of authoritarian right-wing (and left-wing) populist movements in the 2010s and in 1968, at least in terms of campaigning style. Both movements, for instance, have sought to lure the liberal establishment into displaying their own impulses towards censorship or intolerance through satirical political posturing and use of taboo-breaking language.

Far less has been said about the East European ‘1968.’ Rather, interpretations of the Prague Spring and its military overthrow are still very much overshadowed by the peaceful revolutions that took place two decades later. The collapse of Soviet-style communism seemed to confirm what Western commentators were already saying in the 1970s and 80s, namely that socialism could never reform itself or develop a more ‘human’ face. The ‘failure’ of 1968 was thus a necessary precursor to the success of ‘1989.’

However, such an approach ignores some of the more troubling outcomes of 1968 across the former Soviet bloc, especially in those countries that participated in the Moscow-led military intervention. The East European ‘1968’ witnessed resistance to political abuse and repression, but it equally revealed strong support for authoritarian rule.

In the USSR, for instance, Czechoslovak departures from the Soviet model did not seriously undermine the legitimacy of the regime. While a handful of brave individuals protested against military measures and embraced Alexander Dubček’s reformist ideas, Soviet leaders contained dissent by tapping into popular memories of the USSR’s victory in the Second World War. Painfully aware that slogans about international socialist friendship rang hollow as Soviet tanks rolled into Prague, they justified the invasion with reference to ‘age-old natural affinities’ between Slavs united in the face of West German ‘revanchism’ and American ‘imperialism.’ Defining friends and enemies in national rather than ideological terms had disturbing implications for ethnic minorities in the USSR itself. In particular, Soviet citizens of Jewish origin had to publicly fend off accusations of disloyalty, as ‘Zionists’ were blamed for trouble in Eastern Europe.

The rhetoric of great power patriotism and Slavic pride found fertile ground among the Soviet population. Fear of war helped rally citizens behind the military crackdown on the Prague Spring, particularly when rumours about supposed Czechoslovak and Romanian irredentist threats to the USSR’s western borderlands began to spread. For many, Soviet policies had a distinctly personal dimension, as people spoke about their friends and relatives in the army. Most surprisingly, citizens sometimes turned the rhetoric of Soviet patriotism on its head to criticise official policies. Stressing that ‘aid’ for the USSR’s rebellious allies put a strain on the Soviet budget, some self-identified patriots urged their leaders to improve supplies of basic foodstuffs for loyal citizens at home. Attachment to authoritarian rule thus reflected a widespread belief that bothersome ‘foreign’ influences threatened hard-won stability within.

East Germany (the German Democratic Republic or GDR) is another example. Here, the ruling Socialist Unity Party trumpeted the country’s involvement in the August 1968 invasion, although, after 1989, it turned out that East German troops had been forbidden to cross the border into Czechoslovakia on last minute orders from the Kremlin. The very fact that the GDR leadership wished to give the (false) impression of full participation nonetheless tells us much about its changing priorities. Gone now was the lip-service paid to ‘proletarian internationalism’ and universal values. In its place came a new emphasis on the ‘socialist German nation,’ its military preparedness in face of internal and external enemies, and pride in past historic figures such as Luther, Frederick the Great and Bismarck. Unlike the borderlands of the Soviet Union, though, there was no concern to meet irredentist threats; rather the goal was the creation of a new form of state-supporting patriotism aimed at ‘normalizing’ Germany’s post-war division and presenting the build-up of East Germany’s armed forces as a necessary means of deterring ‘Western aggression’.

None of this means that we should forget the more positive sides of the East European ‘1968’. The dream of a pluralistic society was not crushed by Warsaw Pact tanks, but continues to influence the political thought and practice of many of those who oppose the new authoritarianism on right and left. Yet as we come to mark the invasion’s fifty-year anniversary, we should be mindful of its more complex legacies for European politics today. 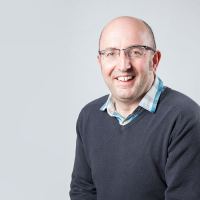 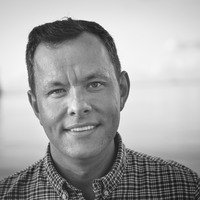