The Female Narrative: Voices from the Middle East 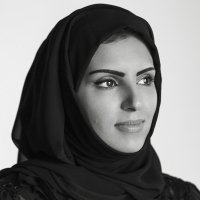 Film is a mirror in which we see ourselves, and one that can change the world. The ability of film to provoke, influence, and engage perception makes it a powerful and influential medium.

A universal medium that transcends limitations of other mass communication, it unites people from discrete communities and disparate geographies in a common space of visual storytelling. Highlighting individual traits and challenges, on a fundamental level it bonds us in our common hopes, dreams and values.

Although women represent over half of the world population, they are still grossly underrepresented within the global film industry. This creates an undeniable gap in our understanding of the human experience and limits our perspectives, our world view, and our potential.

Increasing focus on gender equality issues calls for better representation in important issues. Women are crucial contributors to cinema, and supporting their voices will help the industry thrive and evolve.

The typical stereotypes and misconceptions about the Arab world have been broken down – especially around women’s contribution and role in cinema. I am proud that Qatar and the region has among the highest female representation in filmmaking worldwide.

Arab women have always held strong roles at the forefront of culture, breaking the glass ceiling long ago, not just in cinema but across all aspects of life. Women were among our pioneers of cinema in the 1920s and ’30s, serving as studio executives, writers, producers and directors, and continue today to drive progression of the industry to new heights.

26% of independent Arab filmmakers are women, compared to 4% in the west – 9% in America. In Morocco, Tunisia and Lebanon, approximately 25% of all new directors are females. In Qatar, nearly 60% of emerging filmmakers are talented and skilled women who are changing the face of modern cinema.

Since 2010, the Doha Film Institute awarded nearly 48% of of all grants to women. Currently we support over 60 projects helmed by women in various stages of production.

This is a pivotal opportunity to ensure fair representation of our narratives and to hand our children a fair and equitable world by standing up for those who feel they do not have a voice.

Unity affects positive change and counters prejudiced narratives that perpetuate the societal ills pervasive in communities around the world. The Doha Film Institute’s vision is to empower this generation to have confidence in their voices and establish a solid foundation for the leaders of the next golden age of Arab cinema.

We all have the power to be our own heroes – to conquer challenges and emerge together victorious and with grace. The bond across gender has continued to strengthen through meaningful collaboration that has broken barriers and enabled women to begin paving inspirational new paths, but the work is not yet finished. It is up to us to continue to push the momentum forward and ensure that the next generation is empowered to create and lead equally, with intention and confidence.