The Giulio Andreotti Archive: A First-Hand Account of NATO

A joint Wilson Center-Roma Tre University-Istituto Sturzo project leads to the release of NATO documents from the Archive of Giulio Andreotti.

A joint Wilson Center-Roma Tre University-Istituto Sturzo project leads to the release of documents from the Archive of Giulio Andreotti.

Giulio Andreotti (Rome, 1919-2013) was one of the most important figures in Italian politics after the Second World War.

as a member of Parliament uninterruptedly from 1947 to 1992, when he was appointed senator for life.

Even a cursory look at these dates shows that Andreotti occupied a key position in the Italian government during some of the most momentous events of the Cold war, from the Berlin and Cuban crises of the late 1950s and early 1960s to the new confrontation of the early 1980s and the tumultuous unraveling of the Soviet empire between 1989 and 1992. 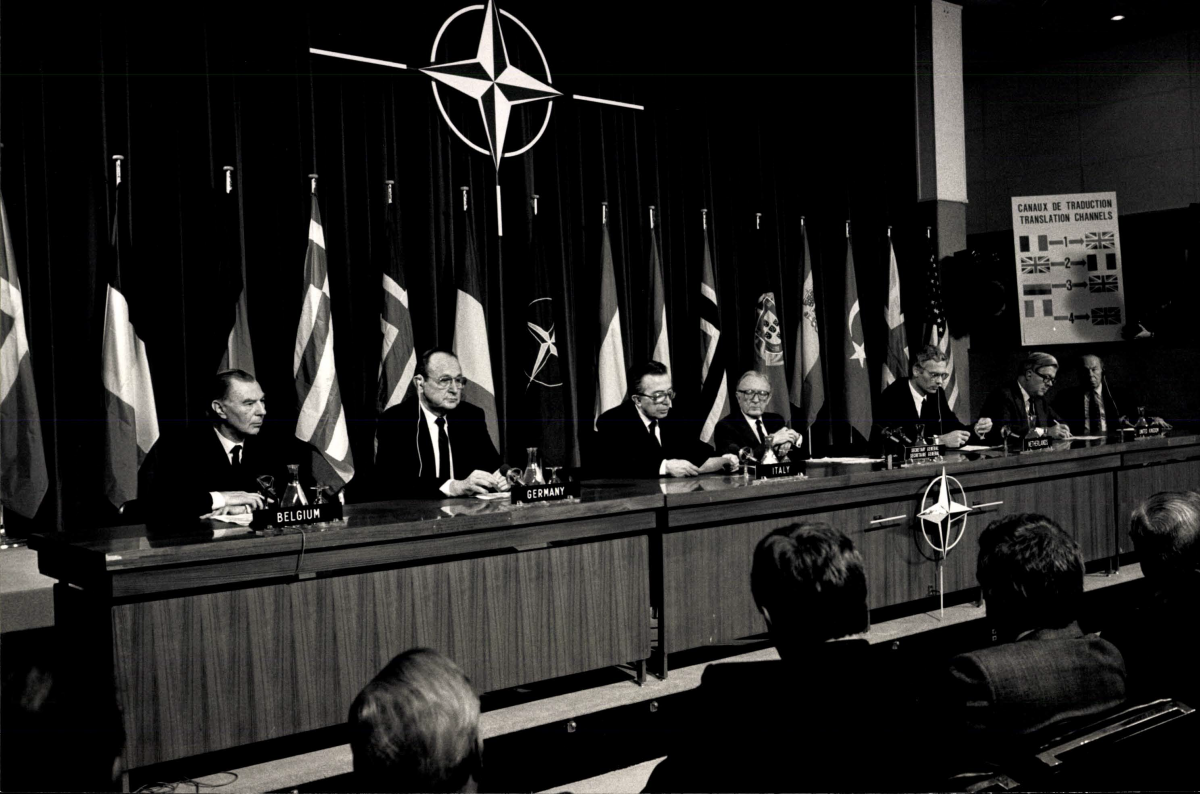 Image: Signing of the Agreement between the United States and the countries of deployment of the Euromissiles ("Family Agreement"), Brussels, December 1987. From left: Tindemans, Genscher, Andreotti, Carrington, Van der Broek, Howe, Shultz. Source: Istituto Luigi Sturzo, Busta 172_fascicolo 86_1987. Reproduction of this image without the prior authorization of the Istituto Luigi Sturzo is prohibited. All commercial use is forbidden.

Throughout his long career, Andreotti kept track of his activities by a meticulous organization of his personal and public records, which were organized in a private archive of 3,500 boxes. This huge collection, which clearly has a tremendous historical relevance, was donated by Andreotti himself to the Istituto Sturzo in 2007. Since then the Istituto has been carefully declassifying and reorganizing its contents and opening them to researchers.

In 2015, the Wilson Center’s Cold War International History Project and Nuclear Proliferation International History Project and the Department of Political Science at Roma Tre University developed a joint project to identify a number of archival series of particular relevance for the history of the Cold War. The goal was to promote the declassification and cataloguing of these sources.

Our two institutions selected two large series, respectively on NATO and China, and a group of smaller ones on nuclear affairs (EURATOM, nuclear energy, missiles, and disarmament). After the main curator of the collection, Dr. Luciana Devoti, completed the declassification process, researchers from Roma Tre selected a number of significant documents from these series, which were then digitized and annotated in English.

The Wilson Center subsequently prepared these materials for publication on DigitalArchive.org. What follows is a selection of the documents from the NATO series, which was prepared by Dr. Lodovica Clavarino between 2015 and 2016.

At the Istituto Sturzo, the NATO series encompasses 29 boxes that are made up of 155 folders. The materials date from the end of the 1940s up through 2007. There are only a few documents written by Andreotti himself; the vast majority were written by other individuals and institutions and received by Andreotti. This sub-collection includes letters, telegrams, reports, notes, and memoranda written by officials from the Italian Ministry of Foreign Affairs (MAE) and the Ministry of Defense and various Italian Ambassadors and diplomatic advisers.

Out of this collection, we selected roughly 200 documents to digitize and publish. The selected documents reflect some of the most significant materials in the series and cover a broad range of topics. Some of the highlights include special dossiers prepared by MAE officials for the sessions of North Atlantic Council, special meetings of NATO Ministers of Foreign Affairs or Ministers of Defense, Andreotti’s visits abroad, and visits of important international leaders in Italy. 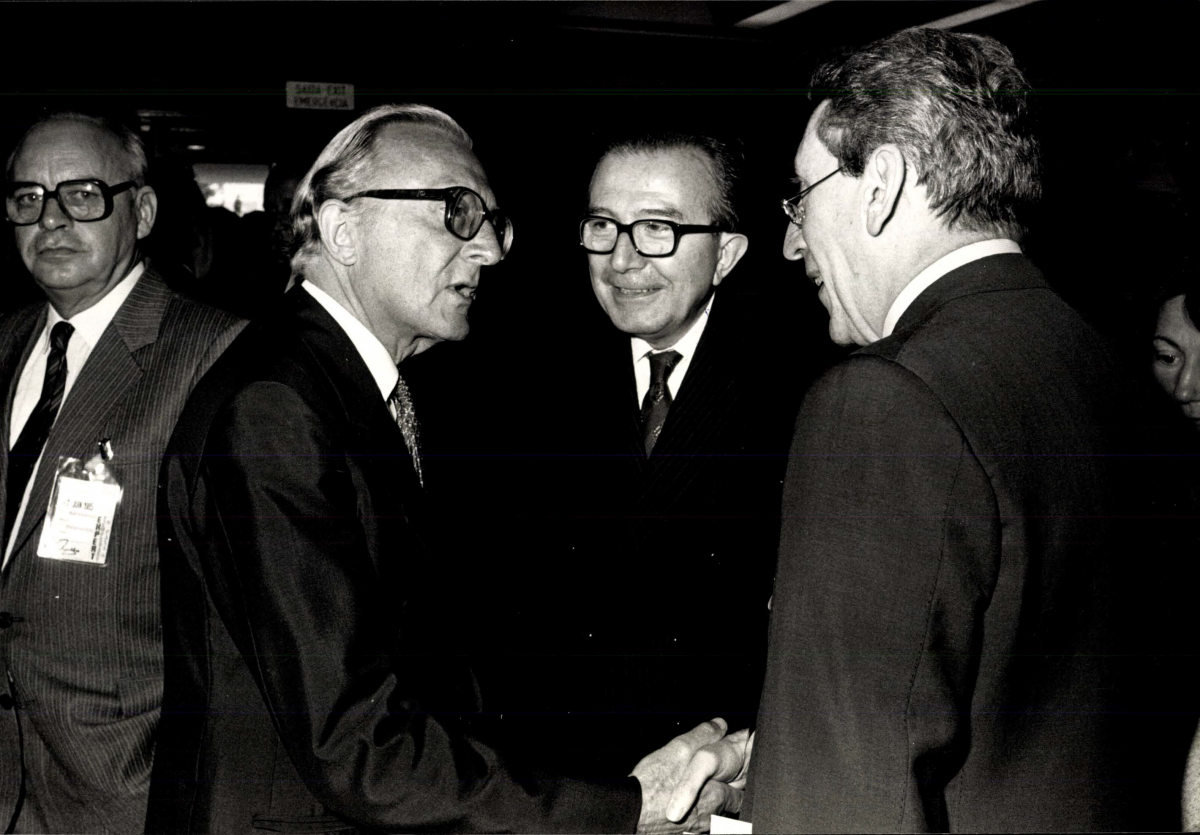 Image: North Atlantic Council Meeting, Lisbon, June 1985. From left: Carrington, Andreotti, Romano. Source: Istituto Luigi Sturzo, Busta 170_fascicolo 74_1985. Reproduction of this image without the prior authorization of the Istituto Luigi Sturzo is prohibited. All commercial use is forbidden.

Other interesting files include reports from some key embassies, especially from RICA (the Italian Delegation at North Atlantic Council), related to issues such as East-West relations, security, and multilateral negotiations regarding détente and arms control. The collection also includes notes and instructions sent to Italian diplomatic offices abroad.

Some of the main topics covered by the series are NATO’s strategic approach and its evolution during the Cold War, transatlantic debates over NATO strategy (especially regarding nuclear doctrines), nuclear-sharing (e.g. the rise and fall of the Multilateral Force project), NATO’s enlargement, the establishment of the Nuclear Planning Group, and central issues of the 1970s and 1980s such as INF negotiations and SDI.

Finally, the documents selected for the project highlight the reflections, expectations, and worries of the Italian government regarding NATO security policy from the signing of the North Atlantic Pact to 2007. In short, these materials are an important source to understand the official Italian position as well as how these policies were built.

Click here to view the NATO series of the Andreotti papers on DigitalArchive.org

The Wilson Center and Roma Tre University are grateful to the Carnegie Corporation of New York and the John D. and Catherine T. MacArthur Foundation for supporting this digitization initiative. 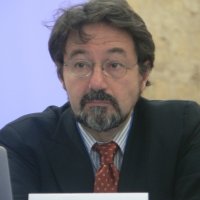 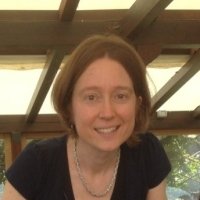