Close collaboration with allies is vital if America is to succeed in today’s strategic competition with authoritarian rivals. While both transatlantic and transpacific alignment are important, collaboration among America’s many allies is far easier to achieve if America and Europe are united. That is why the success of the United States-European Union Trade and Technology Council (TTC), which is meeting next week, is so important. On the issues under consideration, the two sides are generally aligned, having already made progress. Both sides boldly predict significant outcomes. That should be applauded. But on those questions where Brussels and Washington are most at odds—namely data privacy and United States’ industrial subsidies promised as part of the Inflation Reduction Act—resolution will have to wait. These matters have been ringfenced in other fora to be tackled later. Resolution on these issues is important and urgent.

The December 5 TTC meeting in Washington DC marks the third time ministers will have met, with the first meeting held in Pittsburgh in September 2021, and second in Paris in May. The TTC co-chairs are Secretary of State Anthony Blinken, Commerce Secretary Gina Raimondo and United States Trade Representative Katherine Tai for the United States, and European Union (EU) Commission Vice Presidents Valdis Dombrovskis and Margrethe Vestager for the EU.

Expected Progress on Many Fronts

Negotiators on both sides are confident this meeting will narrow gaps and even lead to agreement on several issues. The November 18 joint TTC statement suggests some points have been tentatively agreed. The document could change in the coming days and some compromises could unwind. But what is spelled out in the draft is significant.

If all goes according to plan, this third session of the TTC holds the promise of a highly respectable result, particularly since the forum is permanent and any achievements recorded would presumably be built upon in coming sessions.

There is a tentative agreement pledging both sides to work together to develop common standards for electric vehicle charging stations, 3D printing, and cybersecurity. Brussels and Washington have also agreed to extend the current framework for mutual recognition of standards in the production of pharmaceuticals to vaccines and blood plasma. If agreed, this would mean that approval by either the Food and Drug Administration or the European Medicines Agency would be sufficient to commence distribution of vaccines in both markets. Alignment on standards in these and other areas is essential to counter efforts by authoritarian nations to leverage their manufacturing heft to establish de facto global standards. Further pursuit of common standards offers fruitful ground for harvesting mutually beneficial opportunities to reduce costs and spur innovation.

The United States and the EU plan to develop an “early warning system” to help flag bottlenecks in semiconductor supply chains, and both have committed to working with industry to develop a better understanding of market dynamics, including fluctuating demand for chips.

The two sides have agreed on a detailed roadmap for assessing “trustworthy and responsible” artificial intelligence (AI) using risk-based approaches that would help to ensure consumer privacy. Given the transformative impact that AI will have in nearly every aspect of life, and that other countries will increasingly apply AI for purposes of control and coercion, joint action on defining its responsible use is of great importance. In steps that would facilitate trade, the two partners agreed to better sharing of information and extending mutual recognition of digital standards. A related matter of discussion is the promotion of a stable and free internet to protect defenders of human rights in conflict-afflicted countries.

The ministers are also set to agree on an initiative regarding sustainable trade in which the two sides will jointly develop approaches to underpin green trade and investment through the development of common approaches to assessing greenhouse gas emissions. The transatlantic initiative on sustainable trade contains additional promises that the two sides will consider future cooperation on standards and greater coherence when it comes to government purchases of environmental goods and services.

Both parties have agreed to fund projects in Jamaica and Kenya, which would connect schools in both countries to the internet while providing smaller entrepreneurs with enhanced access. This funding is in support of the G7 Partnership for Global Infrastructure and Investment initiative, designed in part to offer developing nations a high standards alternative to China’s Belt and Road initiative.

The successful cooperation on controls and sanctions on exports to Russia will be augmented in the future. Investment screening will be better coordinated, particularly with respect to state-controlled funds that target strategic enterprises in the West. The two sides also pledged to work together to analyze the impact of non-market practices on their economies and businesses. Specific mention was made of economic coercion and of Chinese practices pertaining to producers of medical devices with operations in China.

Trade and labor were addressed with the specific aim of delivering an end to forced labor in trade, something both parties supported in the context of the World Trade Organization (WTO) negotiations on curbing fisheries subsidies.

Both parties agreed on the need to enhance access to digital tools for small and medium sized companies.

If all goes according to plan, this third session of the TTC holds the promise of a highly respectable result, particularly since the forum is permanent and any achievements recorded would presumably be built upon in coming sessions.

But perhaps the two greatest sources of friction today in transatlantic economic relations—the lack of agreement on data protection and the EU’s deep concerns regarding the industrial policy elements of America’s Inflation Reduction Act (IRA)—are to be addressed in separate fora, a development that some in Europe find frustrating.

An EU business official observed, “There is no discussion of the IRA or the privacy shield. The TTC is a nothing burger.”

Others believe this assessment to be too harsh, particularly given the gloomy pall cast over transatlantic relations during the previous administration.

“The TTC is not a new trade deal. It’s a forum for discussion on emerging issues. It’s about relationship building and creating better understanding between two like-minded partners. They don’t want to talk about the Inflation Reduction Act or the Data Privacy Framework in this forum,” said Susan Danger, Chief Executive of the American Chamber of Commerce to the EU.

The TTC has made headway in addressing critically important issues of mutual interest to two of the world’s biggest economic players. Next week’s meeting should bring Brussels and Washington closer to developing common positions designed to smooth economic and geopolitical relations between them. But TTC is no panacea, and no one should be under the illusion that the biggest areas of contention have been either addressed or resolved. Further commitment and effort on both sides is essential to addressing the thorniest issues facing this transatlantic alliance. 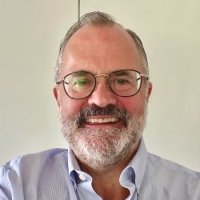 Global Fellow;
Director of the Information and External Relations Division and Chief Spokesman at the World Trade Organization (retired) 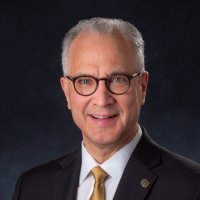