Unfulfilled Ambition: Yemen’s National Action Plan for Women Leaves Much to be Desired 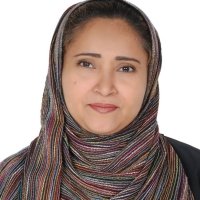 As Yemen enters its sixth year of a vicious war, turning it into the world’s worst humanitarian crisis, women bear the greater burden of the armed conflict. Even before the conflict, Yemeni women were suffering from discriminatory laws and disempowering traditions. Yet, during these times of instability, the limited existing social protections for Yemeni women are diminished as competition over resources increases and insecurity escalates. According to OCHA, gender-based discriminative practices such as violence against women, rape, and early marriage has increased by 63 percent since 2014.

If women are to carry the greater burden of war, it is only fair that they are equally contributing to peacebuilding and recovery processes. In fact, Yemeni women have repeatedly proven themselves as strong peace mediators and political negotiators, whether in formal peace talks, or informal initiatives such as campaigning for safe humanitarian corridors, combating recruitment of children in armed combat, and release of civilian abductees, to state a few examples.

If women are to carry the greater burden of war, it is only fair that they are equally contributing to peacebuilding and recovery processes.

In recognition of this right, twenty years ago the United Nations General Assembly issued Resolution 1325 for Women, Peace and Security, emphasizing women’s rightful place as an equal participant in peace processes and post-conflict efforts. Consequently, member countries designed their own national action plans to implement this resolution. Last December, the prime minister’s office approved Yemen’s National Action Plan for Women, Peace, and Security in order to implement the resolution, making Yemen the fifth Arab country to do so. Having a national action plan is a step in the right direction considering the significant challenges the country constantly faces. However, there are many detrimental flaws in Yemen’s NAP as it stands. To start with, it was issued without adequate involvement of various stakeholders especially civil society organizations that have been at the forefront of this issue. As a member of the National Women’s Committee in Aden and director of Wogood for Human Security Foundation, I have seen firsthand how recommendations from relevant civil society organization and informed stakeholders were ignored in the making of this plan.

Similarly, Yemen’s NAP ignores the need for an integrated approach in implementation, without which, the different state institutions such as various ministries, the Parliament, the Judiciary System and High Relief Committee, will not contribute to its implementation and hence its effectiveness. The way the NAP is designed runs the risk of isolating efforts to engage women in peace and security processes in crucial national efforts such as military operations, international development projects, and sectoral policies. What is worse is that there was no mention of budgets, resource allocation, monitoring and evaluation mechanisms or accountability measures, especially through the formation of joint public and civil society committees.

In terms of activities, the action plan limited its work to awareness raising, capacity building and research. Vital needs such as reforming the security sector, eliminating discriminative laws and practices in the legal and judiciary systems, and support for female prisoners and mothers of child soldiers, were not mentioned. Equally important, there was no mention of women’s role in disarmament activities, reintegration operations, transitional justice and compensation for victims of the conflict.

Equally important, there was no mention of women’s role in disarmament activities, reintegration operations, transitional justice and compensation for victims of the conflict.

Furthermore, aside from a general lack of data, this NAP ignored some of the most important international legally binding frameworks such as the CEDAW, the Beijing Platform of Action, international humanitarian law and various human rights conventions. It ignored the outcomes of the National Dialogue Conference as a national point of reference.

To be fair, the NAP made some references to the Geneva Convention and emphasized that women’s participation should be set at no less than 30 percent in all stages of the peace process. It also covered issues related to prevention, protection, relief and early recovery.

As members of Yemeni civil society, we have been engaging the public, decision makers and the international community in lobbying for women’s fair integration in security and peace processes. We were at the forefront of the campaign to implement Resolution 1325 and subsequent resolutions regarding women, peace and security. Before that we carried out awareness and advocacy campaigns for many years for the need to issue a national plan of action. Because of these efforts, the women’s movement in Yemen designed a National Agenda for Women, Peace and Security and engaged national entities as well as the UN Security Council, which welcomed it as a foundational step to designing the National Action Plan. Unfortunately, despite our efforts to be involved in the NAP process, the government did consider our input, resulting in a hastily written and insufficient plan.

The NAP in its current form is a slap in the face of Yemeni women who are disadvantaged in times of relative stability, but more so now as the country is embroiled in a prolonged state of conflict. Without going back to the drawing board, it is still possible to engage us and use our feedback in order to salvage this plan and strengthen it to tackle the huge challenges women face in Yemen. Without women’s true integration in the peace and post-conflict processes, Yemen’s chance at achieving sustainable peace remains a distant dream. After all, this plan was designed to implement UN Resolution 1325, the essence of which is inclusive participation. It is hypocritical to create the National Action Plan without adhering to the very principle for which it was supposed to stand.