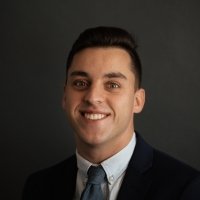 In a November Senate Foreign Relations Committee hearing on “vaccine diplomacy” in Latin America, much of the discussion dwelled on doses sold or donated to the region. That topic is even more pertinent today, as the COVID-19 Omicron variant rips through Latin America and reveals vast differences in vaccination rates.

But several participants at the hearing offered another solution for the region: reduce dependence on foreign manufacturers by transferring vaccine technology to Latin America.

For now, Latin America is heavily dependent on imported vaccines, along with a wide range of other medical products. Prior to the pandemic, the region’s pharmaceutical industry imports were double the amount of its exports. In 2020, Latin America hosted a variety of vaccine trials. Nevertheless, in early 2021, the region’s chronic underfunding of research and development left it pleading for supplies from China and Russia and begging the World Health Organization to speed up deliveries through its COVAX program. The region’s vulnerabilities were again evident when questions arose about the effectiveness of Chinese vaccines, the availability of Russia’s Sputnik vaccine and the ability of COVAX to meet its targets after India suspended vaccine exports.

Eventually, the United States began ramping up vaccine donations to Latin America. To date, it has gifted the region over 50 million doses, including U.S.-developed mRNA vaccines from Pfizer and Moderna that offer by far the best protection against the virus.

Still, many of the region’s governments remain reliant on vaccine purchases from Beijing and Moscow, and subject to their influence. The president of Argentina, which is recording more than 100,000 new cases a day, is headed to Moscow and Beijing, despite fears of a Russian invasion of Ukraine and pressure from the United States to steer clear of the Summer Olympics. Nicaragua recently received one million vaccine doses from China, but only after severing diplomatic ties to Taiwan.

In response, U.S. officials have begun discussing the possibility of building vaccine production know-how in Latin America. In the November Senate hearing, Kevin O’Reilly, a deputy assistant secretary of state, acknowledged that governments in the region were eager “to reduce their extreme dependence on vaccines, therapeutics and other essential medical products produced outside of our hemisphere.” Technology transfer would be slow, he said, requiring training for local personnel and specialized equipment for regional laboratories. But he said Argentina, Brazil, Chile, Colombia, Mexico, Panama and Uruguay were promising candidates for vaccine collaborations.

However, as with “medical diplomacy” in 2020 and the early months of “vaccine diplomacy” in 2021, the United States has also fallen behind in efforts to improve Latin America’s vaccine self-reliance. It was the Pan American Health Organization, for example, that launched the regional platform to develop COVID-19 vaccine technologies and selected Argentina and Brazil as hubs for mRNA vaccine production.

In September 2021, governments in the region issued a statement through the Community of Latin American and Caribbean States (CELAC) expressing their goal of establishing regional consortiums for vaccine development and production. In the meantime, several countries have begun local production of foreign vaccines. Mexico and Argentina reached an agreement with AstraZeneca for joint production of the British jab. Brazil reached a similar deal with AstraZeneca. Perhaps more worrisome for the United States has been China’s success finding vaccine manufacturing partners in the hemisphere. So far, Beijing has reached agreements for the production of Sinovac with Brazil and Chile, and for the production of the CanSino vaccine in Mexico. Russia also moved quickly to answer Latin America’s call for vaccine technology. Since June 2021, Argentina has been churning out Sputnik doses and Bolivia, Mexico, Nicaragua and Peru have all expressed interest in making the Russian shot.

By contrast, only one U.S. vaccine manufacturer has taken steps to produce vaccines in Latin America. In August 2021, Pfizer signed a tentative agreement with a Brazilian lab to produce more than 100 million doses annually starting sometime later this year.