What Can the Korean War Teach Us About Bringing COVID-19 Vaccines to North Korea? 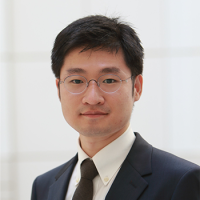 Counterintuitive Behavior of North Korea in the COVID-19 Era

North Korea finally reported its first cases of COVID-19 on May 12, 2022, and proclaimed the implementation of the “Maximum Emergency Epidemic Prevention System” after its long insistence that there was not a single case of COVID-19 in the entire country. The outlook for North Korea is bleak because it has no vaccination program. South Korean President Yoon immediately offered to send vaccines and medical supplies. Some people, however, may be skeptical about North Korea accepting the offer from South Korea since North Korea has turned down medical assistance from other countries.

It seems incomprehensible that, despite a two-year-long global pandemic, North Korea has declined the World Health Organization’s (WHO) offer of the AstraZeneca’s Covid-19 vaccine through the COVID-19 Vaccines Global Access (COVAX) initiative, refusing to vaccinate its citizens. The country was even willing to give away its vaccine doses from China, saying, “[vaccine dosages] should be sent to severely affected countries,” asserting that COVID-19 had not breached North Korean borders. North Korea is one of only two countries that has not started any Covid-19 vaccine program. The other is Eritrea.

Many analysts have sought to interpret the underlying reasons for North Korea’s counterintuitive behavior. Some people said that the side effects of the AstraZeneca vaccines are why North Korea has rejected the WHO offer, preferring Moderna and Pfizer vaccines, which have reported more minor side effects. Other people have argued that North Korea is afraid that international public health workers might collect information on its severe public health crisis while working within the country. Nonetheless, there is no consensus on this issue among experts.

The inscription, “What is past is prologue,” at the main gate of the National Archives in Washington, D.C., provides a valuable reminder of how history can shed light on current policy and decision making. The North Korean government’s actions during a serious public health crisis during the Korean War are roughly similar to those taken by the present North Korean regime today faced with COVID-19. Two case studies during the Korean War offer examples of how North Korea either accepted or declined offers of foreign assistance.

Refusal of Medical Aid from WHO

On March 21, 1952, the Secretary-General of the United Nations (UN) Trygve Lie offered, on humanitarian grounds, medical help through the World Health Organization (WHO), the UN’s health arm,[i] to fight smallpox and typhus epidemics. James Shotwell, an American historian and a diplomat, also requested that the United States “save the victims in China and North Korea” although they were enemies of the United States.[ii]

One month later, however, on April 21, 1952, North Korea released a press statement in response to the WHO’s offer, refusing medical aid and citing two reasons for doing so.[iii] First, North Korea claimed that the WHO did not qualify as an international organization because most countries in the world, it argued, were not members. Therefore, the North Korean government said, it was not able to expect that the WHO would provide assistance. Second, North Korea argued that the WHO had not made any efforts to prevent disease for years, leading Communist countries, such as the Soviet Union and Poland, to withdraw from the WHO. In fact, several communist countries, including Bulgaria, Romania, Albania, Poland, Czechoslovakia, and Hungary, had withdrawn from the WHO in 1949.[iv] Those countries argued that the WHO and the United States provided them little medical aid after World War II. [v]

Acceptance of Vaccines and Medical Personnel from Comrades

In early 1951, the North Korean Army suffered from a critical drug shortage and desperately needed external assistance. For example, only 30% of North Korean soldiers had been vaccinated for smallpox and typhus. In contrast, 90% of Chinese soldiers were vaccinated within the People's Volunteer Army during the Korean War.[vi]

According to Sŏndongwŏn Such'ŏp [Instigator’s Notebook], a North Korean magazine, the Soviet Union sent 400 boxes of vaccines called Nissin Bakin to North Korea on April 15, 1951.[vii] However, there was one downside. The problem with the Soviet vaccine was the side effects. Mild side effects ranged from fevers to sore arms. In severe cases, it was reported that North Korean soldiers who were vaccinated lay on the ground and groaned,[viii] negatively affecting the North Korean Army’s morale. Due to the drug shortages, most of the vaccines were prioritized for soldiers, not civilians. Given this situation, adverse reactions to the vaccine were a military and political, not general public, issue because cases of severe side effects could result in decreases in military strength and potential animosity toward the government which administered the vaccine.

The People’s Republic of China and Eastern European countries also offered medical support to North Korea. A Chinese Red Cross medical unit consisting of 150 personnel gave smallpox vaccines to 39,800 North Koreans in 1951.[ix] As in the case of Soviet vaccines, most of these vaccines were presumably administered to soldiers. Hungary sent its 18 medical personnel, including physicians and nurses, only one month after the outbreak of the war, and similarly, Romania dispatched a medical unit comprised of 20 medical personnel to war-torn North Korea as well.

Through examining historical cases in which North Korea either accepted or rejected foreign medical aid during the Korean War, we can draw three lessons that apply to the current situation in North Korea.

First, it is likely that North Korea refused the offer of AstraZeneca vaccines because of the reports of a relatively high risk of side effects. There is a potential that, similar to the 1950s, the first group to receive the vaccines would be the Korean People’s Army, and, perhaps, Kim Jung-un was anxious that the side effects of the vaccines might weaken military power and cause discontent among the soldiers.

Second, the most effective way to deliver vaccines to North Korea may be through countries politically close to North Korea. Considering historical examples, providing vaccines developed by the West to North Korea through Russia and China may have a higher likelihood of acceptance than through Western countries and international organizations, such as the WHO. The North Korean government does not want its people to take note of the superior science and technology of the West, especially when a public health crisis may highlight the regime’s inability to provide for its citizens. But if Western vaccines are donated by Russia and China, the regime could emphasize that the country is not isolated but surrounded by countries that respect and support North Korean sovereignty. There is a strong possibility that the North Korean government might choose to accept the aid as a symbol of solidarity and support with fraternal countries rather than of Western interference.

Lastly, while international humanitarian organizations may hope to reach North Korean citizens in time to prevent the widespread suffering of a lingering pandemic, it will be essential to bear in mind that vaccines, once accepted, will not be shared within the country evenly. The North Korean government would likely assign higher priority to its troops rather than vaccinating its civilian populations, just as it did during the Korean War. Given North Korea’s history of military-first policies and stark divisions between social classes, it can be expected that citizens living in more rural locations and less privileged social classes will be the last to receive access to vaccines. Large quantities of vaccines will be needed for supplies to eventually trickle down to the general population. One or two shipments will, most likely, not be enough to save the lives of North Korean citizens in the most desolate regions.

[ix] “Kakkuk ŭiryobangyŏgilkkundŭl:Kkakchiesŏ hŏnsinjŏk saŏp kyesok [Healthcare workers from all over the world: Being committed to working continuously for their duty in all parts of the country],” Nodong sinmun [Worker’s Newspaper], July 30, 1951.