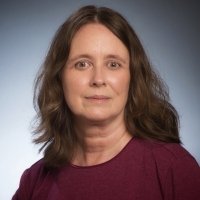 Russia is on edge. Its current reported COVID-19 case count lags considerably some of its European and Asian neighbors’ counts, with fewer than 500 confirmed infections as of March 23. The prospect of those numbers accelerating has already prompted a slew of smart precautionary measures, including self-isolation at home for Moscow residents over age 65, restrictions on large gatherings, and closures of schools, sports facilities, and some public transport. International experience, however, suggests that even the most careful social distancing practices are unlikely to avert a near-term surge in patients requiring urgent hospitalization and treatment, especially in densely populated larger cities.

Russia does have a handful of advantages in the face of a possible onslaught. Largely owing to the enduring legacy of an output-driven Soviet system that prioritized quantity over quality, it has plenty of doctors, nurses, and other medical personnel: 4.04 doctors per 1,000 population, over 50 percent more than in the United States (2.6 per 1,000) and 70 percent more than hard-hit South Korea (2.34). Russia’s advantage in hospital beds is even greater: 8.05 beds per 1,000 people, almost three times that in the United States (2.77) and Italy (3.17).

The hurry-up construction of a new hospital on the outskirts of Moscow dedicated to COVID-19 patients and the repurposing of other health facilities around the country are examples of how quickly Moscow can mobilize new resources. The mayor of Moscow, Sergey Sobyanin, has emerged as a leading national voice in the country’s pandemic response—appropriately, as the capital is currently the epicenter of Russia’s caseload.

Russia also has a long and relevant experience dealing with infectious disease. Its recent history with tuberculosis, another respiratory infection requiring sophisticated diagnostics and high standards of infection control, may serve it well. Although Russia hasn’t been able to get a handle on drug resistance, overall the TB incidence has gone down by 5–6 percent annually since 2010, an impressive success story. Ideally, skills and experience from the world of TB and other infectious diseases will translate into a head start against COVID-19.

But it would be an understatement to say that there are also challenges. First, it’s highly likely that Russia currently has many more than 500 people infected with coronavirus. Its numbers to date have relied on a test that’s much less sensitive than those used in other countries and is almost certain to have produced false negatives. More urgently, the Russian national statistical agency is currently reporting significantly more cases of pneumonia than at this time a year ago, prompting speculation that a large number of COVID-19 cases are being misdiagnosed.

Russia is also reporting very few cases in its Far East regions. It seems reasonable to interrogate those numbers more deeply, in light of the 484 infected people in neighboring Heilongjiang province, China, and the high level of cross-border interaction in places like Heihe-Blagoveshchensk. Physicians in Moscow and St. Petersburg, though reluctant to speak on the record, are telling reporters from multiple outlets that their emergency departments are already beyond capacity.

It’s true that the Russian government has invested massively in health care over the last decade. Starting with the Priority National Health Project in 2006, and through other key programs, tens of billions of dollars have been devoted to revitalizing the ambulance fleet, building new maternity, cardiovascular disease, and cancer treatment centers, and modernizing many primary care facilities. It’s unclear, though, how much of that investment will now benefit a very specific fight against one infectious respiratory disease.

Outside the major cities, much of the country’s extensive alleged hospital capacity is so poor in quality that it may be useless against COVID-19. A report from the national Audit Chamber in late 2019 found that more than 40 percent of Russian hospitals lack central heating, and almost a third have no hot running water. These numbers probably overstate the extent of the decrepitude—it’s possible that supply buildings and other nonmedical support structures were counted in the denominator, as “hospitals”—but they hint strongly that we should not be confident in claims of countrywide system capacity.

The Russian government insisted last week that it has more than enough ventilator units so critical to saving the lives of patients with severe COVID-19—40,000 in total, along with ample stocks of protective gear for health care personnel. Still, some Russian physicians are expressing concern that many of those machines are old and in disrepair, and that neither the physical nor the human resources available to operate them are up for the challenge that may be coming. An aggressive import substitution policy implemented over the last decade has forced hospitals, clinics, and pharmacies to rely increasingly on Russian-produced drugs and equipment, which have already proven inferior to the previously available foreign-made versions.

These issues are reflected in survey data revealing the Russian public’s deep distrust of their health care system. A 2018 poll of 6500 respondents across Europe found only 13 percent of Russians expressing confidence that their system would provide them with the best available treatment, a sharp contrast to 64 percent in Spain and 63 percent in Great Britain. Similar surveys within Russia find lack of access to health care consistently among Russians’ top worries (after inflation, poverty, unemployment, and corruption). Access to health care is one of Russia’s key overall advantages, in principle—all a legal resident needs is a mandatory medical insurance card, providing universal coverage—but an overwhelming majority of Russians question the quality of the services offered under that guarantee.

The Russian government is still taking too many risks. Hundreds of Central Asian labor migrants have been trapped in close quarters at a Moscow airport for days, waiting for flights home. Events honoring particularly vulnerable elderly World War II veterans, on the occasion of the seventy-fifth anniversary of the war’s end, are still being held around the country. Given the magnitude of the threat, a more urgent and robust set of physical distancing measures against the coronavirus is clearly warranted. In their absence or failure, the fragility and inconsistency of Russia’s medical system may force its health care workers to struggle mightily to deal with the consequences.