What is Next for the IDB? A Q&A with Arturo C. Porzecanski

Q: In June 2020, then-President Donald Trump nominated Mauricio Claver-Carone, his senior Latin America adviser, for the presidency of the Inter-American Development Bank (IDB). This prompted criticism in many parts of the region, as no prior U.S. administration had ever put forth a candidate for the top job. Nevertheless, Claver-Carone was elected in October 2020. On September 26, 2022, almost two years later, he was ousted amid allegations of misconduct. How would you evaluate his performance as IDB president?

A: Claver-Carone was a well-intentioned and passionate reformer of the IDB, and as such he set goals and made changes that rankled many of its veteran bureaucrats. To his credit, he succeeded earlier this year in persuading IDB shareholders to formally approve a roadmap for a series of institutional reforms. The fact is, the IDB needs to become more agile and user-friendly, more risk-tolerant in its lending and investing in groundbreaking private-sector firms, and more supportive of national economic reform and environmental sustainability efforts. The roadmap endorsed internal reforms, such as changes to project design, a new system to measure results, and updated financial and technical instruments. In addition, it called on the IDB to promote reforms throughout the region to enhance social protection, public health, inclusion, gender equality, labor markets and climate action. Under the reforms, the IDB would work more closely with governments to correct market failures and structural bottlenecks, bolster institutions, reduce emissions, strengthen the rule of law, advance equal opportunity for women, and improve the climate for business and investment.

Q: Among the potential candidates to replace Claver-Carone are Alicia Bárcena, a Mexican environmentalist, former head of the UN Economic Commission for Latin America and the Caribbean, and currently ambassador to Chile; Ilan Goldfajn, a Brazilian economist and former central bank president, and currently the International Monetary Fund’s senior official for the Western Hemisphere; and Laura Chinchilla, a political scientist and former president of Costa Rica. All appear highly qualified, yet building a consensus among the most influential countries in the region is never easy. What are your expectations for the process of choosing a new IDB president? How likely is it that the IDB will be led for the first time by a woman?

A: The IDB will be accepting nominations from member governments through mid-November, so we don’t have the full list of candidates. The United States has announced that it will not nominate anyone, Bárcena is backed by México, and Goldfajn is sponsored by Brazil. If you consider that the IDB is a major financial institution that makes billions of dollars of loans and investments each year, then only Goldfajn has the necessary educational background and professional experience for the job. He has worked as a senior economist and institutional investor at three leading Brazilian financial institutions – Itaú Unibanco, Ciano Investimentos and Gávea Investimentos – and he was a competent president of the Banco Central do Brasil from 2016-2019. Goldfajn has twice worked at the International Monetary Fund, first in the late 1990s and in a more prominent role since the beginning of this year. To be sure, the appointment of women to senior leadership roles at international institutions has become an informal priority for many governments, and the male-dominated IDB and World Bank presidencies are attractive targets. However, neither Bárcena nor Chinchilla are compelling candidates. In particular, Bárcena is controversial because she has expressed admiration for the late dictators Fidel Castro and Hugo Chávez.

Q: In a recent article for Americas Quarterly. you describe the IDB as poised to carry out a recently approved modernization process. Along with the IDB’s private sector division, IDB Invest, the institution has been paying more attention to environmental considerations and increasing its coordination with the private sector, among other reforms. How might the leadership transition affect this transformation?

A: Indeed, the leadership crisis and transition is unfortunate because the IDB has fallen behind in its timetable for institutional modernization. There is a real risk that reforms that would revitalize the IDB and enhance its regional importance will now languish for a year or more, until a new president has had a chance to review, and likely modify, the approved roadmap. Now is not the time for IDB shareholders to backtrack on planned reforms simply because of a change in leadership, thereby throwing the proverbial baby out with the bathwater. Latin America urgently needs the changes the IDB’s governing body agreed to last March. The candidates to replace Claver-Carone should make clear whether they are willing to implement the sensible and timely modernization plan they would inherit.

Q: As you said, the Biden administration is not nominating a candidate for IDB president, but the Treasury and White House will have a lot of say in the process. The United States owns 30 percent of IDB shares, by far the single-largest holding, and it has proportionally large voting rights. Another key stakeholder is the U.S. Congress, which would have to approve any capital increase for the IDB. What type of leader will the United States favor to replace Claver-Carone?

A: Chances are that the Biden administration’s choice will come down to siding with Mexico by backing Bárcena or with Brazil by backing Goldfajn. Bárcena would likely be viewed by Republicans as ideologically toxic, so endorsing her could complicate efforts to persuade Congress to support a capital increase for the IDB. The Biden administration has expressed support for the IDB’s reform agenda, and for raising additional capital for IDB Invest, an autonomous entity that lends to and invests in private-sector banks and companies. For now, backing Goldfajn, given frosty relations between the White House and Brazilian President Jair Bolsonaro, is probably not an appealing prospect. However, should Bolsonaro lose the October 30 runoff election to Luiz Inácio Lula da Silva, supporting Goldfajn could be more politically palatable. 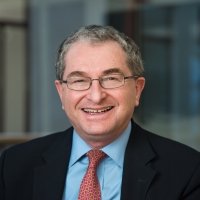