A Woman’s Place in the Saudi Cultural Mindset 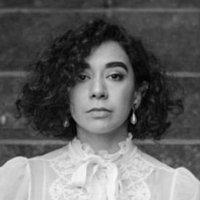 ... social and cultural taboos still prevail and in many cases inhibit the kind of attitudinal shifts necessary to advance women’s rights in more tangible and meaningful ways.

In 2016, driven by an urgent need to diversify its economy, Saudi Arabia began implementing a series of socioeconomic reforms at an unprecedentedly rapid rate. Legally, these reforms have significantly improved women’s economic citizenship and ability to participate in the public sphere. Saudi women are seizing this newfound freedom to unleash their long-dormant and neglected potential while exploring boundaries previously reserved for their male counterparts: obtaining their driver’s licenses, opening women’s motorcycle clubs, racing in Formula E rallies, setting up businesses, serving in the armed forces, traveling without restrictions imposed by a male guardian, attending sporting events or concerts, and generally existing in public spaces without being censored.

In the case of Saudi Arabia, the issue of women’s rights is never articulated or discussed, but rather tip-toed around. Women’s ability to expand their presence and roles beyond the confines of their designated spheres is a by-product of the tenacity of an overwhelmingly young population and the Kingdom’s need to reduce foreign labor, maximize labor market productivity, and diversify sources of income. There is no active effort to directly tackle the conservative reality that still defines women’s ‘place’ in the Saudi cultural mindset.

While the legal changes that are taking place are commendable, social and cultural taboos still prevail and in many cases inhibit the kind of attitudinal shifts necessary to advance women’s rights in more tangible and meaningful ways. Male relatives continue to find ways to thwart these freedoms, obstructing their wishes through both formal and informal routes. That women’s issues continue to exist in a contradictory legal grey area is indicative of a wider sociocultural control that men still have over women’s autonomy. Legal changes alone, without any effort to encourage parallel social and cultural changes, will inevitably result in ineffective enforcement.