In recent years, the number of women holding seats in Latin America’s high courts has been on the rise. As political scientists Andrea Castagnola and Aníbal Pérez-Liñán show, in 1990, women held less than five percent of these prestigious seats. By 2021, almost 30 percent of high court justices were women.

In comparison with other regions, however, Latin America lags behind. In 2018, female judges held 36 percent of seats in high courts in the Organization for Economic Cooperation and Development’s (OECD) European countries. Of Mexico, Peru, Argentina, Chile, Colombia and Brazil, only Mexico has reached that level. In Chile and Peru, less then 30 percent of the most senior judgeships are held by women. In Brazil, women hold only 18 percent of supreme court seats, and just 12 percent in Colombia. Not one of the five justices on Argentina’s Supreme Court is a woman.

Not one of the five justices on Argentina’s Supreme Court is a woman."

More women on the high court does not necessarily produce decisions that advance women’s rights. Research suggests that outcomes differ only slightly when there are more female justices, according to Carmen Alanís, a former magistrate on Mexico’s Federal Electoral Tribunal. For example, female justices decide in favor of alleged victims of domestic and sexual violence only 11 percent more frequently than do male justices. In the “red underwear” case, for example, a Peruvian court unanimously threw out a sexual assault case after ruling that the victim’s red underwear implied consent to sexual relations with the defendant, with the two female magistrates in agreement with their male counterpart. The case underscored the importance of promoting a better understanding of gender issues for both female and male judges.

Another challenge is that presidents might sometimes appoint a female judge to attract praise and deflect criticism for stacking the court with a close ideological and political supporter. In Mexico, one of the most recent female appointees to the Supreme Court is a close ally of President Andrés Manuel López Obrador, and another has personal connections to high-level officials in his administration. Not surprisingly, the appointment of female justice who lacks independence from a president does not typically produce rulings favorable to women. Indeed, the increase in female judicial representation in Latin America’s high courts has at times contributed to decreased judicial independence, according to Santiago Basabe, an Ecuadorian political scientist. In Venezuela, for example, women hold more than half of the seats on the country’s notoriously politicized Supreme Court. By contrast, in Chile, women hold about one-quarter of the seats on the country’s highly independent high court.

There are advantages to gender balance on the bench."

Even so, there are advantages to gender balance on the bench, which increases trust in a political system and helps combat gender stereotypes. “Quantity is quality,” María Francisca Zapata, a supervisory judge from Chile, has said. Unfortunately, on the region’s trial and appellate courts, which decide the vast majority of conflicts, women are seriously underrepresented, especially in the appellate courts. That is also true in OECD countries and for a variety of other senior political appointments.

Moreover, even when women hold positions on Latin America’s highest courts, they face a variety of professional obstacles. There is a gender wage gap in the Brazilian judiciary, for example, according to a recent study by the Brazilian Journal of Public Administration, which found an unequal distribution of bonuses and benefits.

There is a gender wage gap in the Brazilian judiciary."

Nevertheless, progress is being made. In 2018, Mexico passed a groundbreaking constitutional reform that promotes gender parity in the judiciary. Although the journey is far from over, the Mexican reform shows a path to a judiciary that truly represents and reflects the population it serves. 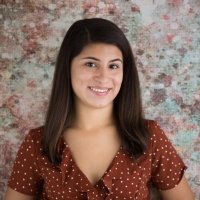