Women Leaders Needed: The Road Ahead in Lebanon’s Public and Private Sectors 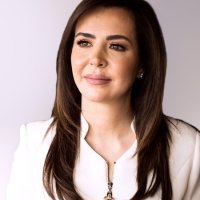 As the female CEO of a Lebanese multinational corporation with dealings in the public, civic, governmental and private domains, I have observed some notable trends when it comes to the issue of female representation in the workforce.

Firstly, the latest parliamentary elections have shown that activism towards a more sizeable female participation in the Lebanese political theater did pay off in a major way: An unprecedented number of women registered as candidates (113), with 86 making it to candidate lists. This is a major increase from 2009, when only 12 women candidates had registered. However, only six actually made it to the parliament, which is a reminder of the long road ahead despite this encouraging positive shift. In hindsight, I believe that many women candidates, emboldened by the lobbying and activism for female participation, took a personal initiative of running for office. Many of said female candidates did not have a strong political career or public affairs track record – if at all. Despite a weak ballot performance, they still reaped votes from Lebanese voters eager to change the male domination over the political scene, but in a fragmented manner, resulting in a poor win ratio. This affirms the need for “temporary special measures” such as female quotas while waiting for a shift away from prevailing attitudes that prefer male over female candidates, and while more parties introduce female candidates on their lists. Activists should focus on two tracks: Political parties, goading them to further increase the female ratio in their candidate lists, and the candidates themselves, emphasizing on the importance of building a worthy, merit-based public profile to set the right example for voters and future candidates alike.

On the private sector front, there is a dichotomy when it comes to female representation in the workforce, between non-managerial versus managerial positions. While the situation in non-managerial positions is relatively healthy in Lebanon, and seems to be improving as more women are encouraged to have STEM-related careers, the glass ceiling is still present when it comes to mid- to senior-level managerial positions. This is an area that has been previously ignored by activism in favor of political representation. I believe that making a breakthrough in the private sector would also benefit the women’s cause in the public and civic spheres as it can erode the inherent prejudices against women in leadership roles and provide a positive paragon for their merit, efficiency, and capabilities.  Attesting to that fact is the presence of 4 women in the latest Lebanese cabinet, seen as efficient, capable, and elected for their successful careers. Speaking from my own humble experience, growing my startup into a large Pan-Arab technology / E-Government solutions company opened the door for me to give back to society by working on youth employability, then creating an advanced digital platform – DiasporaID – to engage the Lebanese diaspora for socio-economic development. I think there are many more profiles that can encourage women to follow suit and shatter through the glass ceiling, even in male-dominated fields, while providing a solid example and argument for putting female achievers in leadership positions. I believe this particular point should be the focus of the next wave of initiatives.