Explore More
Close
Article
Coronavirus
COVID-19 Tunnel Vision in Arabia: Yemen’s Regional Crisis in the Midst of a Global Pandemic
By Asher Orkaby on May 27, 2020
Share on FacebookShare on TwitterShare via Email
SharePrint
Blog post 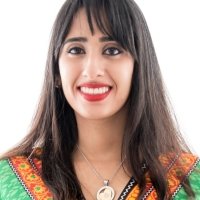 Ultimately, to advance women’s rights is to understand that it is an issue of humanity and not solely that of women.

It is essential to recognize the importance of women’s rights, not because we need to differentiate between women and men, but to accept that women have for centuries been subjugated to inequality, humiliation, prejudice and injustice that were easily accepted by society. I believe that when we discuss women rights, we are in essence speaking of human rights, which is inclusive of men and women. Its history of suffrage thus reflects the interaction between law and culture.

In this respect, what we are dealing with is not purely a matter of either changing laws or cultural mindsets – we are facing a global phenomenon transcending both law and culture that are inherently imperfect and biased. Consequently, the issue of women’s rights cannot be limited to constructed binary solutions. However, one must take ownership of the other and lead it in making grassroots level change. Many progressive movements have assisted in advancing women’s rights, which in time has created radical changes, but this kind of meaningful change has stagnated since. A reason for this is perhaps because of the patriarchy, which assumes men are “giving” women rights, when in reality it was never theirs to deny as it surpasses human laws and cultural constructs.

Ultimately, to advance women’s rights is to understand that it is an issue of humanity and not solely that of women. It is the responsibility of all, which brings me to the late Sultan Qaboos’s famous quote in 2009 when speaking of collective advancement that Oman “… needs both men and women because no doubt it resembles the bird in relying on both its wings to fly towards the horizons. How can this bird manage to fly if one of its wings is broken? Will it be able to fly?”