Yemeni Women Are the Real Peacemakers 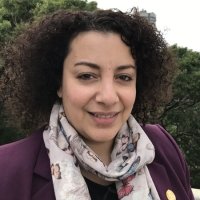 I have been working to support the peace process in Yemen since the war started. At the time, I was employed with Oxfam and I was based in Lebanon working to help Syrian refugees. Every Syrian refugee I met told me that when they left Syria they were planning to leave for a month or two until the crisis passes, however, the war still ravages to date. When the war escalated in my country, Yemen, I knew that it was going to be a long one. Working in the humanitarian field was not going to end the war faster. I then switched my focus on peacebuilding.

In 2016, I was invited by the UN Envoy among other Yemeni women leaders on the sidelines of the peace negotiations that were held in Kuwait. Our participation was received with mixed reactions. While many welcomed our participation and expressed hope in what we bring to the table, others attacked us and questioned our engagement in the peace process. The representation of women in the peace negotiations was very limited. Only three out of twenty eight members of the delegation were women and those mainly represented the negotiating parties.

We engaged with many stakeholders including national actors and diplomats who champion women’s rights to better understand why women are not included. The reasons stated ranged from “women are not qualified or ready,” to “women have no constituency or legitimacy to be represented,” to “we cannot risk upsetting the negotiation parties” and “ the table is limited to the gun holders.”

This presented me with a challenge and I decided act. The first crucial step was to unite the women’s movement. As such, I worked on reviving a women’s coalition that was called “Our constitution” formed in 2013 to advocate for integrating the national dialogue outcomes supporting women’s rights in the draft constitution. We changed the name of the coalition to the Women’s Solidarity Network.

It was important for us in the Women Solidarity Network to have an open membership policy and to encourage pluralism. We did not impose conditions of consensus and acknowledged that we as women are entitled to having different political opinions. It is alright to disagree as long as we respect each other’s views. It was also important for us to keep the network genuine and not include any international actors including donors, in the membership because we wanted to have ownership and avoid any dependency relationships.

I worked on mobilizing Yemeni women to draft a national agenda on women, peace, and security and sent it to the UN Security Council in 2016. Some of our recommendations in the national agenda were reflected in the Statement of the President of UN Security Council including an explicit demand to include no less than 30% women in negotiations. I then focused on institutionalizing my efforts and established the Peace Track Initiative that continues to coordinate the efforts of the Women Solidarity Network and work to support women’s knowledge leadership and women peacebuilders. Last November, I was able to brief the UN Security Council and share our joint recommendations that form the basis for a peace road map. The Council responded by adapting a resolution that explicitly called for meaningful inclusion of women.

Finally, we acted on our calls for inclusion by sending a delegation of independent Yemeni women to the Geneva peace consultations in September 2018. We certainly do not need an invitation to help our country or participate in its peace process. We could not send a delegation to the Stockholm consultations as it was held on a secured remote island.

Today, we are a living proof that women can do anything and that we are the real peace makers. Our women partners on the ground contribute daily to peacebuilding. They negotiate opening humanitarian corridors and local ceasefires to evacuate families from the frontlines. They address child recruitment. They work on releasing detainees. The list goes on. Without women in the peace negotiations there will be no hope for a lasting and sustainable peace.