For Yezidis, Healing Remains a Long Way, Seven Years after IS Genocide 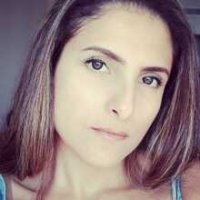 For Yezidis, this August marks seven years since the 2014 genocide when the Islamic State (IS) attacked their homeland in Sinjar, Iraq. During its rampage across Iraq and Syria, the terror group killed thousands of Yezidis, kidnapped thousands of women and girls to use as sex slaves, took young boys for training as suicide bombers and IS fighters, displaced hundreds of thousands and destroyed their villages.

IS considered the Yezidis to be heretics, and when the radical group controlled the Yezidi capital city of Sinjar, it gave Yezidis the ultimatum to convert to Islam or die.

Last May, a UN team investigating IS atrocities said they have clear evidence that IS crimes against Yezidis as a religious minority constitute a genocide, mandating support and assistance to the survivors. Upon the UN’s announcement, Nadia Murad, a Yezidi woman who survived IS atrocities to become the face of the international movement to demand justice, referred the case to the International Criminal Court (ICC). After many years, a tribunal could establish a framework for justice and retribution.

As a religious minority battered many times over centuries, they feel that they are not secure, as justice for crimes committed against them remains unfulfilled.

Seven years after the genocide, despite the territorial defeat of IS and measures taken to compensate and assist the Yezidi community, the majority of Yezidis still feel unsafe. As a religious minority battered many times over centuries, they feel that they are not secure, as justice for crimes committed against them remains unfulfilled. Laws in the countries where they live fail to protect them.

This feeling of insecurity was exacerbated following the Turkish incursion in northern Syria in 2018 and the capture of Afrin, and the ongoing Turkish airstrikes on Yezidi areas in Iraq. Turkey claims that it is targeting banned PKK party militants. According to local rights groups, out of 25,000 Yezidis who lived in 22 villages in Afrin before the 2018 Turkish incursion, just 5,000 remain in their homes today. Most of the Yezidis in Syria fled their villages fearing another genocide by Turkish-backed Syrian militias who seized many Yezidi homes, including my grandparents’ house and farm.

Many Yezidis voice a desire to relocate to another country, a place where they feel protected under the law, and where they could practice their traditions and celebrate their faith openly without intimidation or fear.

Many Yezidis still lack trust in the ability of different governments and societies to protect them. As minorities, they feel vulnerable amid ongoing struggles between majority factions fighting for political and territorial gains. Many Yezidis voice a desire to relocate to another country, a place where they feel protected under the law, and where they could practice their traditions and celebrate their faith openly without intimidation or fear.

This highlights the importance of drafting laws in the countries where Yezidis live to provide protection and rehabilitation. Only just this past March, a reparation bill was signed into law by Iraqi president Barham Salih that provides Yezidi survivors with financial support, healthcare, work opportunities, education, and reconstruction of homes and villages. It mandates to establish a special department in the Iraqi government for Yezidi affairs. This represents the first recognition of Yezidis as a distinct group in Iraq’s history. An important first step in the right direction in the pursuit of justice for Yezidi survivors, but has yet to be translated into actions on the ground. Syrian Yezidi refugees, however, don’t have much hope for recognition from the Syrian regime, nor from the mercenaries who took over their homes in Afrin.

As a member of the Syrian Yazidi community, it has always been my personal mission to cover, report and amplify the voices of the Yezidi survivors wherever they reside. It’s crucial to convey their testimonies of genocide and to examine every detail of this history. To ask a survivor to tell their stories is a painful experience. Some survivors tell them over and over again, as telling the world is a form of achieving justice.

But this isn’t everyone’s attitude in the community. Some prefer to escape the memories and to hide from the world with their agony. This desire to disappear torments displaced Yazidis in refugee camps. In 2020, I wrote a piece on increasing suicide cases among Yazidis, mainly those still living in camps waiting for their missing loved ones.

One case was Dai Shirin, a 53-year-old Yazidi woman, who set herself on fire in the Khanki refugee camp in Duhok province after failing to determine the fate of her husband and six children. Seven years following the genocide, trauma is a growing concern among Yezidis and finding ways to deal with trauma has become a major issue that must be prioritized.

Many of the missing Yezidis were abducted as young as 4-5 years old and were subjected to IS indoctrination over the past six years.

This underscores the issue of 2,800 Yazidi women who remain missing; their families still searching. Yezidi House in Syria estimates that 250 missing Yezidi women might be still living in refugee camps, particularly in al-Hol camp. These women conceal that they are Yezidis because they fear retaliation if they expose their religious background. Many of the missing Yezidis were abducted as young as 4-5 years old and were subjected to IS indoctrination over the past six years.

Other Yezidi women keep hiding their identities because they don’t want to leave their children born of IS rape behind. The Yezidi Spiritual Council, the highest authority among Yezidis, called on its members in 2019 to accept all Yezidi survivors of IS atrocities, but a few days later the council issued another statement excluding children born of IS rape. Kurdish officials in northeastern Syria opened an orphanage taking in the children left behind. According to Ruken Ahmed, co-chair of the Women’s Liberation Committee, the orphanage took in 36 children, all under 5-year-old.

Yezidis working to find the missing women say that they know that some may have been taken to Idlib in northwestern Syria and as far as Turkey where they are held for ransom. Finding and saving these women needs immediate attention and support.

Yezidi activists demand that the Iraqi government and the Yezidi leadership help survivors to reconnect with their families and facilitate reintegration. This is merely a step, as the survivor’s return doesn’t end the ordeal, but starts another chapter in their lives that will take a lifetime of support to help rebuild their shattered lives.