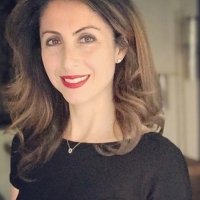 The most recent Arab Youth Survey 2019 published by Asda'a BCW in in the United Arab Emirates shows that economic woes continue to preoccupy today’s Arab youth with the high cost of living and unemployment topping the list of the “biggest obstacles” facing the region. This is hardly a surprise given that stubbornly high youth unemployment rates across MENA remain at 26%, reaching as high as 46% in the Palestinian Territories, 37% in Jordan, and 34% in Tunisia according to the World Bank. For young women in the region, the unemployment rate stands at almost 38% compared to 23% among young men.

This precarious economic reality certainly factors into young Arabs’ desire to emigrate and seek opportunities abroad. The 2019 Big BBC News Arabic Survey conducted with the Arab Barometer finds that more than half of Arabs aged 18-29 “would like to leave their home countries.” These figures are dim but they certainly do not tell the whole story. Despite these challenges as well as other socioeconomic and political barriers, many youth from the region, both male and female, not only choose to stay but are also leading by example.

As the world marks International Youth Day today, we feature new blogs by three young women from Lebanon, Oman and the United Arab Emirates who, in spite of their global travels and ambitions, chose to stay and make an impact locally, all while defying stereotypes through their commitment to innovation and voice. Mariam Mohammad from Lebanon has launched an education-focused project called Alam w Mahay that "aimsto erase illiteracy among street children in Lebanon" and recuits young Lebanese volunteers from her community in an effort to engage youth in their locale. Laila  al  Harithi, an Omani IT entrepreneur, launched the online platform Dawam which connects youth to part-time jobs that  empower them with the skills they need for the workforce. Lastly, Maryam Al Zaabi, from the United Arab Emirates, describes her journey as a youth delegate representing her country at the United Nations.

All three young women are not only keenly aware of the challenges youth face in the region, but they are rising to the occasion and exercising agency in the pursuit of a better future for their peers.  Innovators like these may be rare, but their unique journeys and drive to succeed are a beacon of hope that will inspire others to give back to their communities and contribute to building young and prosperous societies throughout the Middle East and North Africa.