Youth Shaping the Future: An Emirati Perspective on Youth Empowerment 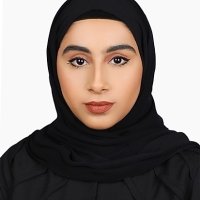 In one of the most turbulent parts of the world, the United Arab Emirates (UAE) grew to become a beacon of hope for young people. According to the 11th annual Arab Youth survey, for the eighth consecutive year, young Arabs chose the UAE as the number one country to live in. The survey highlights that unemployment and the rising cost of living are the main concerns of Arab youth. However, one of the key challenges facing young people in the Arab world is their inability to communicate their opinions and ideas on various issues that concern them and contribute to shaping their future.

In a nation where youth represent 42 per cent of its national population, the UAE’s leadership fully understood that young people are an important asset in driving the country forward. As a result, the UAE worked towards creating the best model for youth empowerment in the region. The first step was the appointment of a 22-year-old as Minister of State for Youth in 2016, which has since paved the way forward for stronger institutional frameworks and youth-driven policies. As a result, we saw the birth of various youth councils that enable young people to be involved in drafting policies, lead action-oriented discussions and inspire concrete recommendations for the government, local intuitions, and even private sector organizations.

Moreover, Emirati youth have founded a platform known as ‘Youth Circles’ that integrates them in the decision-making processes alongside key stakeholders from different sectors. It enables young people to express their opinions on social issues and policy matters. Through this project, young people are being given the opportunity to catalyze community impact and youth leadership.

Fundamental institutional changes and youth-driven initiatives have led to the recognition of youth as a constructive driving force. The UAE understands that in order for decision-making to be responsive, inclusive, and representative, it requires strong youth participation on local and international levels. As a result, the UAE Youth Delegate program to the United Nations (UN) was established in 2016. It is a vital opportunity for Emirati youth to voice their interests in international causes, engage in discussions in a multilateral setting, and introduce the international community to the accomplishments of Emirati youth.

Being an Emirati Youth Delegate to the United Nations allowed me to practice diplomacy at a young age. I was trusted with the task of delivering a speech at the UN General Assembly–a stage where many world leaders once stood on, where iconic speeches have been made, and most importantly a place where the world has united to make landmark decisions. I delivered a speech on space as a driver of sustainable development, which coincided with the launch of the satellite "Khalifa Sat" - the first satellite manufactured in the UAE, and most notably known for being built and designed solely by a young team of Emirati engineers.

Initiatives like the youth delegate program to the UN are capable of conveying to the world that young people from the Arab region are interested in a wide range of issues that affect their society and the world. It can lead to pioneering solutions to address various global challenges, such as achieving sustainable development, combating climate change, maintaining peace and security, reducing unemployment and so on. Hence, we should intensify efforts to empower and invest in the great potential and unlimited capacity of our young people to build a prosperous and stable world.