Skip to main content
Support
Explore More
Close
Article
Economics and Globalization
How might the United Kingdom once again ‘Rule the waves?’
By Diana Villiers Negroponte on January 14, 2021
Share on FacebookShare on TwitterShare via Email
Share
Book 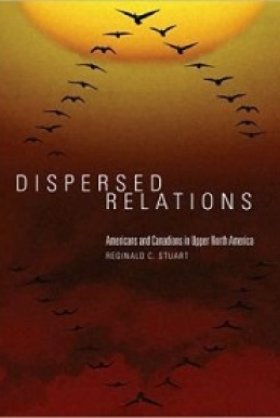 Although they sometimes seem to be engaged in a single, wildly imbalanced relationship, the United States and Canada actually share interwoven connections through a host of regional, cultural, social, economic, and even political communities that form an American-Canadian interdependence, according to Reginald C. Stuart. Dispersed Relations uses multidisciplinary research and an innovative framework to show how a shared history of ideas and tastes, values and interests, ethnic groups, institutions, and organizations in North America has sorted into four realms: cultural, social, economic, and political. Political and economic asymmetry notwithstanding, Canadians and Americans live and work within a transnational culture, society, and economy, says Stuart. Yet even as technology, communications, and interests have expanded their interaction, citizens from each country continue to identify with their individual heritage and political systems. Recent events may have strained, and perhaps even blunted this historical evolution, Stuart notes. Since 9/11, Washington has focused on security, and Ottawa reluctantly has met that concern in order to sustain the open transit of people and goods upon which Canada relies. As the Western Hemisphere Travel Initiative has shown, however, border management also has become increasingly costly and complex. This timely and provocative book provides context for current events and trends that, in isolation, daunt and baffle observers, citizens, and policymakers alike.

Reginald C. Stuart is a professor of history and political and Canadian studies at Mount Saint Vincent University in Halifax, Nova Scotia. He has taught and published widely and comments regularly in the media on U.S. and Canadian American history and affairs. His last major book won the 1990 Albert Corey Prize and in 2004 he was a Canada–U.S. Fulbright Fellow with the Canada Institute of the Woodrow Wilson International Center for Scholars.

“It is a valuable and innovative approach that intersects with contemporary scholarship by recognizing the recent post-9/11 tensions in U.S.-Canada relations and linking this period with the appropriate precedents.”—Christopher Sands, Senior Fellow, Hudson Institute

“A detailed and thoroughly researched monograph that will be of interest to both academics and the public at large.”—Edward Grabb, Literary Review of Canada

“An excellent reminder that even friendly societies have goals, policies, and needs that can be at variance with each other’s.”—Choice

“A timely reminder to policymakers on both sides of the border of the wealth of commonalities shared by the two countries.”—Edward P. Kohn, International Journal

“This volume (and its extensive bibliography, itself worth the price of the book) is a treasure. It is a most delightful read, an excellent reference for scholars of the United States and Canada, and it will be well used in university courses.”—Patrice LeClerc, American Review of Canadian Studies

“Stuart provides an impressive synthesis for non-specialists and a thorough evaluation of the layers of transnational relations and interdependence in upper North America.… a notable achievement and a solid interdisciplinary contribution to North American studies.”—Sally J. Southwick, Canadian Journal of History