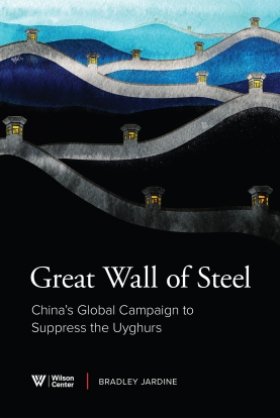 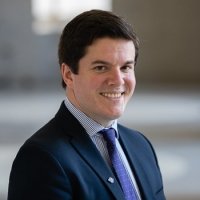 The Kissinger Institute is pleased to present Bradley Jardine’s Great Wall of Steel, China’s Global Campaign to Suppress the Uyghurs, the culmination of over two years’ work.

Since 2018, global concern for Uyghurs has centered on internment camps where Beijing has forcibly “re-educated” between one and two million Turkic citizens of Xinjiang and, more recently, on the question of whether parolees from the camps are forced to work harvesting cotton and processing polysilicon. Global concern for the rights of Chinese Uyghurs has resulted in sanctions, a diplomatic boycott of the Beijing Olympics, and action against Chinese and foreign firms involved in forced labor supply chains.

To date, international censure of China has been based on how Uyghurs are treated within China itself. With Great Wall of Steel, Bradley Jardine proves that that focus, while intense, has been too narrow: China is pursuing, harassing, and detaining Chinese Uyghurs and Kazakhs around the world and returning them to China for punishment whenever possible. These refoulements are pervasive, tenacious, and often illegal. They reveal a Chinese diplomatic and policing capability that disregards sovereign borders and national and international laws in pursuit of security, as defined by Beijing.

Through his research, interviews, and travels in Russia, China, and Central Asia, Mr. Jardine has compiled the most thorough known database of worldwide Uyghur renditions. Sadly, we can be sure that his record is far from complete.

Bradley Jardine has gone where the evidence led him. He does not write for geopolitical reasons—he is not interested in blackening China’s eyes as part of the competition between China and the West. He has written this report only out of concern for the welfare of people targeted by China’s security ministries.

Great Wall of Steel offers his findings in the service of policy relevant scholarship. The Wilson Center was founded to bring such scholarship to the attention of the public, Congress, and the Executive Branch. We are grateful to Bradley Jardine for helping Wilson to fulfill its mission and for directing our attention to the men and women whose stories he tells in this volume.