At the End of the American Century: America's Role in the Post-Cold War World 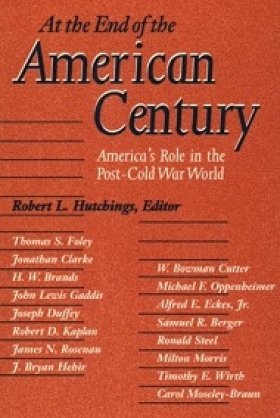 “It was one thing,” writes editor Robert L. Hutchings in the introduction to the present volume, “to lead an alliance of Western democracies in a grand struggle against Soviet communism; quite another for the accumulated obligations of the forty years of Cold War confrontation to ensnare us in a continued international role against no certain foe toward no certain ends.” In At the End of the American Century, Hutchings brings together a distinguished group of authorities to review essential questions of morality, interest, politics, and economics in U.S. foreign policy after the collapse of the Soviet empire. The contributors—prominent legislators, foreign policy makers, scholars, and business leaders—offer a back-to-back basics inquiry: How much does morality, rather than self-interest, drive our foreign policy? How do we confront an anarchic world when our strategies have been developed for opposing singular, organized forces? What do we really want out of global trade, and do we know who our partners will be?

Robert L. Hutchings was director for European affairs at the National Security Council in 1989–92 and special adviser to the secretary of state in 1992–93. He is now Assistant Dean for Academic Affairs at the Woodrow Wilson School of Public and International Affairs, Princeton University. He was awarded the Polish Order of Merit in recognition of his contribution to Poland's freedom and independence. 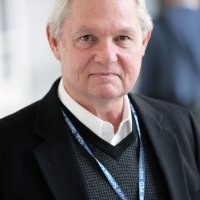