The India-China Relationship: What the United States Needs to Know 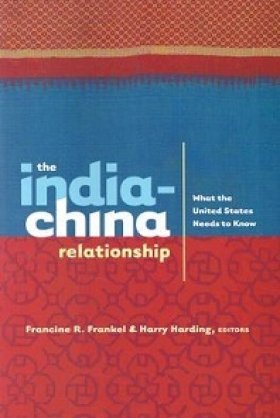 As we move further into a new century, the two most populous nations on earth, India and China, continue a long and tangled relationship. Given their contested border, their nuclear rivalry, their competition for influence in Asia, their growing economic relations, and their internal problems, interaction between these two powers will deeply affect not only stability and prosperity in the region, but also vital U.S. interests. Yet the dynamics of the Chinese-Indian relationship are little known to Americans.

This volume brings together scholars from political science, history, economics, international relations, and security studies to add depth to our understanding of India-China relations. Throughout, the contributors address three common questions: what are the similarities and differences between the two countries’ strategic cultures, domestic circumstances, and international environments? What are the broader international contexts for their bilateral relations? And what parallels and tensions exist between their national interests? U.S. policymakers, the academic community, and the informed public require fresh thinking and greater attention to India-China relations, as both countries promise to be of strategic importance to the United States in the decades ahead.

Francine R. Frankel is Madan Lal Sobti Professor of Advanced Indian Studies and director of the Center for the Advanced Study of India at the University of Pennsylvania. Harry Harding is dean of the Elliott School for International Affairs at George Washington University.

“The publication takes a multidisciplinary approach and has inputs from political science, history, economics, international relations and security studies.… The book also focuses on the broader international contexts for the bilateral relations between China and India.”—Indus Business Journal

“This excellent collection…fills a gap in the literature on Asia’s international relations.… Highly recommended.”—Choice