Addressing Governance Challenges in Haiti: The Role of the International Community

Haiti has suffered multiple protracted crises in recent decades. More than half the population of 11.6 million people live below the poverty line and nearly 2.8 million Haitians live in extreme poverty. The July 2021 assassination of President Jovenel Moïse deepened a long-standing governance crisis characterized by fractious politics, corruption, and acute violence by criminal gangs.  The COVID-19 pandemic has only deepened the desperation of Haitians, leading to new waves of out-migration that were thrust into public consciousness by the recent ill-treatment of Haitian migrants along the southwest U.S. border.

What, if anything, can the international community do to help Haiti overcome its persistent challenges?  Why have previous efforts, including a multi-year UN Mission known as MINUSTAH, failed to stabilize the country?  What are the consequences for Haiti’s neighbors and the region more broadly of Haiti’s ongoing instability?

“What can the international community do to help Haiti overcome these deep and persistent challenges? Why have the previous efforts including the multi-year mission known as MINUSTAH failed to stabilize the country? And what are the consequences for Haiti’s neighbors particularly the Dominican Republic who shares the island of Hispaniola, but also the region also the United States more broadly of ongoing instability in Haiti?”

“Haiti today. How is the state of Haiti? I think one word just summarizes it. Chaos. Haiti is in chaos, but it did not get into this chaos overnight. How did it get there to the point that today, the country is governed by gangs, is overtaken by gangs, by 60% according to the latest estimates. 60% of the country are under the gangs. How did the gangs get there? They got there by support from the government."

“We should support the broad based Montana accord, where more organizations and civil society and political organizations have gotten together and presented a plan for Haiti, more detailed plan than anybody, and has more support all over. I believe the United States should listen to his own special envoy.”

“A lot, a tremendous amount of goods came to Haiti after the earthquake, the fact of the matter is Haiti was on its knees, it’s almost impossible for people who haven’t been to Haiti to understand that 200,000 people were dead in five minutes, that half of the schools, most of the hospitals, the port, the airport, the roads, they were all destroyed. And to think that 2.5 billion which was the initial pledge, over from 2010 until now about 5.9 billion dollars, has been given to Haiti from the United States. In contrast, just so you know, after the critique of Katrina in New Orleans 114 billion dollars was given for their recovery effort.”

“The international community came to Haiti [after the earthquake] and gave at least shelter and food to 1.5-1.2 million people for a period of three to four years in order that we can establish some kind of ultimate shelter, which we did for about a million people over seven years.”

“I’m quite pessimistic about Haiti’s future for the short and long and medium term because I think that the internal and external conditions have not fundamentally changed since the earthquake. In fact, internally the political situation has worsened. Those who govern have very very limited, if any, legitimacy.”

“What COVID-19 has done is really scarred the economy, and more particularly the living conditions of women and children, so in other words it has increased poverty. Ultimately, I think Haitians have to realize that only themselves and not foreign powers can extricate their country from its current predicament.”

“I think the United States wants a quick solution which is not going to be a good solution if its done quickly, and there has been some movement but it’s still the idea that elections have to take place maybe in February or March, and to me this is completely insane, because you can’t have elections given the security situation in Haiti, you don’t even have the logistical mechanisms in place to have any type of election. If we go that way, the election will be immediately illegitimate and we’ll be in a deeper crisis."

“I have never seen such a depressing, such a bad situation in these 40 years [in Haiti] as it is now. You know it’s been mentioned the murder of the President, the earthquake, kidnappings, it’s really a very bad situation on the ground.”

“What I would like to leave with you is the notion that action is urgent, it needs to be done. The question of course is, you know, what to do.” 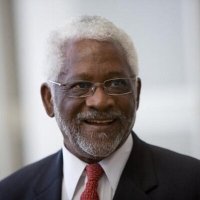 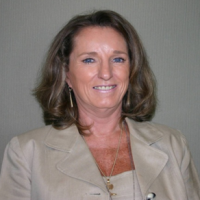 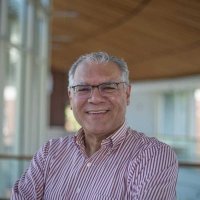 Professor of Government and Foreign Affairs, University of Virginia