On January 28, the Middle East Program co-hosted a panel discussion with the Arab Barometer featuring its Director Michael Robbins to present the 6th wave of Arab Barometer surveys. This latest cycle polled Arab public opinion on great power (Russia, China, U.S.) foreign policy and regional power competition in six countries in the region (Egypt, Jordan, Lebanon, Algeria, Morocco, and Tunisia). MEP fellows Lucille Greer and Asher Orkaby commented on the geopolitical and sociopolitical context behind these findings. Below is a summary of the discussion.

Key Findings
Given challenges presented by the COVID-19 pandemic, phone surveys rather than in person surveys were conducted in Algeria, Jordan, Lebanon, Libya, Morocco, and Tunisia during Fall 2020. Here are the key findings:

MEP Experts’ take
Michael Robbins, Director of Arab Barometer, stated, “Something we believe could have hindered Trump is the Abraham Accords.” Robbins explained that in all countries except Lebanon, fewer than one in ten respondents support the Accords. This raises the question of what people initially think of when asked about America. Robbins posited that respondents exhibit higher support for the American people than American policy due to institutions of U.S. soft power.

However, surveys found that people believe the U.S. poses as a higher economic threat than China, making it appear a more welcome economic partner. This may indicate the consequences of the hard power that the U.S. exerts in that affects its regional perceptions.

Lucille Greer, Schwarzman Scholar and fellow at the Kissinger Institute, contended China’s favorable view compared to the U.S., “Is precisely the image China has projected for itself. China casts itself as an alternative corrective partner to the U.S. in the Middle East.” This finding may also be due to China’s diplomacy on the COVID-19 pandemic. “China has done a remarkable job with its learned experience of the disease. It has supported almost all MENA countries with personal protective equipment and collaboration on vaccines.” Especially when compared to the U.S.’s handling of the pandemic, “China did a neater job of stopping the spread of COVID-19.”

Asher Orkaby, Associate Research Scholar at Princeton’s Transregional Institute and MEP Fellow, broke down the idea of Arab public opinion since the rise of Arab nationalism under Egyptian President Gamal Abdel Nasser. Orkaby argued, “We learn three main things from the Arab Barometer data: the Arab public opinion is measurable, it is not uniform because we see major differences across MENA, and it is subject to the attitudinal changes in response to current events.” He believes the major population growth and revolution in technology during the early-2000s transformed Arab public opinion in the modern era.

China’s outlook on the MENA
Relations with MENA countries are critical for China’s current geopolitical pursuits. The Persian Gulf countries are a priority, as they are wealthier and welcome China as an oil customer. Second, establishing positive relations with Middle Eastern countries is vital to China’s Belt and Road Initiative. Greer argued, “The Middle East is at a crucial juncture for connecting Asia and Europe. And most of the North African countries are members of the African Union, so they have unique connections to the Arab world and African continent.”

Yet, China must balance its regional policy between these urgent interests and the risk of “stepping into the pitfall that the U.S. has.” In fact, China has taken advantage of its stronger favorability to reinforce a negative image of the U.S. It achieves this through “a whole apparatus of Arabic-language versions of its communist outlets… and domestic media,” Greer added.

Views on Europe
In either case, Arabs from the countries surveyed were highly more favorable to “Europe, Inc.” for its economic contributions to the region. In addition to geographical proximity and a common language in North Africa, Orkaby stressed that cultural aspects drive this trend. European industries such as film and sports are predominant in the MENA region. He argued, “I do not think China has the same cultural power.”

Laying out a roadmap for U.S. policymakers, Orkaby and Robbins argued that the Biden administration should draw on sources soft power sources and its relations with European countries to improve its favorability in the Middle East. Orkaby stated, “Biden should look at how American culture can be used as diplomacy. Changing the image and using culture will be essential to any successful foreign policy.” Europe can provide an avenue for achieving higher favorability. Robbins believes the U.S. should, “Take a step back and work with European partners.” 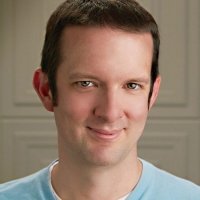