Babi Yar: Marking the 80th Anniversary of the Tragedy

With introductory remarks by Natan Sharansky

Babi Yar is one of the most potent symbols of the Holocaust. It is also a symbol of an erasure and forgetting that happen when history is made to serve political agendas. 80 years after 34,000 Jews were massacred in the Babi Yar ravine in Kyiv, numerous gaps remain in our knowledge about the tragedy. To mark the anniversary, we discussed the latest findings regarding the site; considered what Soviet intelligence knew in real time about the genocide of the Jews in the occupied territories; raised questions about Soviet evacuation efforts; and asked whether the latest efforts to construct a memorial complex at Babi Yar will finally bear fruit.

Martin Dean
“Soon after the arrival or German forces in the city on September 19th, 1941, a series of explosions caused by the Soviet mines statues fires in the city. In response the SS and Verma commanders decided to murder the city’s Jews as a reprisal for the recent sabotage attacks.

“The checkpoint is rescinded by a witness Genya Batasheva and others, 'It was the place where non-Jews accompanying relatives and friends had to turn back. Vehicles could go no further, and the Jews had to continue on foot with only what they could carry in their arms. From here on, the Jews were more closely guarded.'”

Kiril Feferman
“It was a political issue, during the war it became even more important political issue after the war because during the Cold War, the accusations came mainly from the west, and the Soviet Government did not do enough to remove Jews from immortal change from…did not a lot the Germans were approaching and in this sense the poor responsibility for what happened to the Jews. The question of course, what is the responsibility to what extend and to what extend was this compatible to what the Germans did.”

“In this sense, this Soviet occupation was not only security related or defense related project, it was in some extent a humanitarian project even though it was definitely not the most important priority for the Soviet power.”

Yaakov Falkov
“The first fact that the operational situation in the field including in Kyiv by this was very very complicated. Many of these guys were very young people, actually girls and boys teenagers, they perished. They were caught and killed almost immediately y the Germans. Many of them were even, most of them were not provided with very basic communication equipment to send their messages to their superiors by now only in Moscow.”

“Starting from the very beginning this partisan guerrilla apparatus was trying to establish its own gathering system across the occupied territories starting from above, as I told already, the central command of the partisan movement and nosco and down to the very tiny units of the partisan movement and very remote corners of the occupied territories and in many places we find these capabilities giving the information human intelligence, field intelligence, counter intelligence and or course in some places there was even technical equipment to gather the information from a different German communication line.” 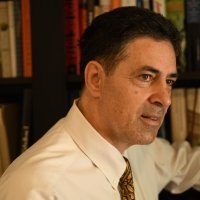 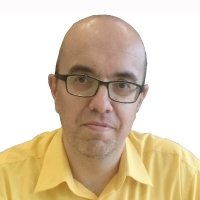 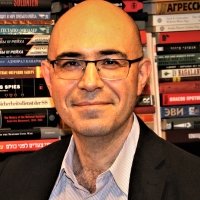 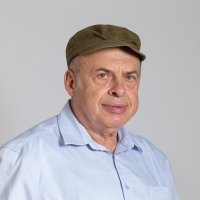